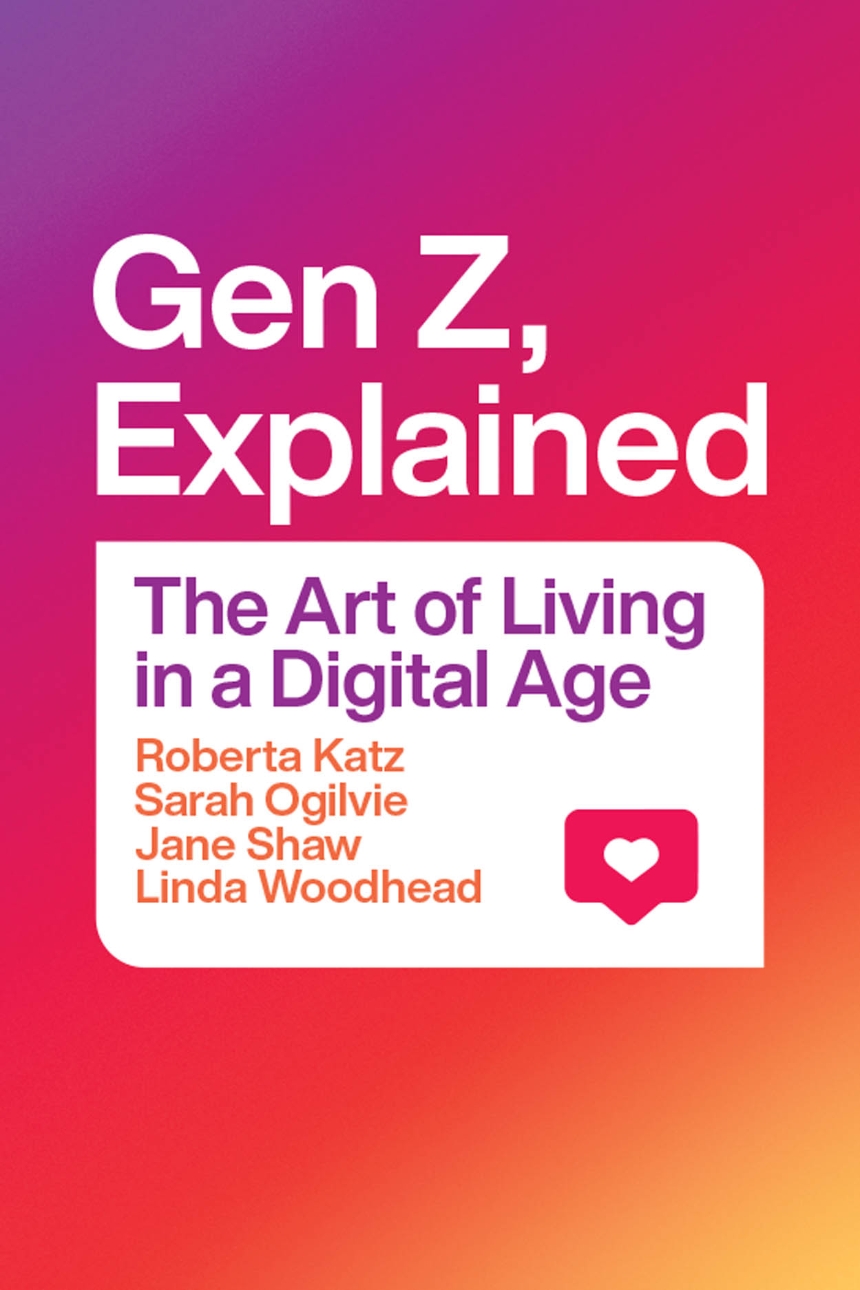 The Art of Living in a Digital Age

The Art of Living in a Digital Age

An optimistic and nuanced portrait of a generation that has much to teach us about how to live and collaborate in our digital world.

Born since the mid-1990s, members of Generation Z comprise the first generation never to know the world without the internet, and the most diverse generation yet. As Gen Z starts to emerge into adulthood and enter the workforce, what do we really know about them? And what can we learn from them? Gen Z, Explained is the authoritative portrait of this significant generation. It draws on extensive interviews that display this generation’s candor, surveys that explore their views and attitudes, and a vast database of their astonishingly inventive lexicon to build a comprehensive picture of their values, daily lives, and outlook. Gen Z emerges here as an extraordinarily thoughtful, promising, and perceptive generation that is sounding a warning to their elders about the world around them—a warning of a complexity and depth the “OK Boomer” phenomenon can only suggest.
​
Much of the existing literature about Gen Z has been highly judgmental. In contrast, this book provides a deep and nuanced understanding of a generation facing a future of enormous challenges, from climate change to civil unrest. What’s more, they are facing this future head-on, relying on themselves and their peers to work collaboratively to solve these problems. As Gen Z, Explained shows, this group of young people is as compassionate and imaginative as any that has come before, and understanding the way they tackle problems may enable us to envision new kinds of solutions. This portrait of Gen Z is ultimately an optimistic one, suggesting they have something to teach all of us about how to live and thrive in this digital world.

“A textured and rich account. . . . Drawing on the notion that ‘generation’ reflects a shared experience and attitude, not simply shared birth dates, the authors argue that Generation Z is unique and significant, as it is the first generation to have always known the internet: ‘only knowing the world with the possibility of endless information and infinite connectivity of the digital age.’ This has greatly affected how Generation Z see their lives and values, bound together by a strong sense of connections and collaboration, and can be, the authors suggest, an example to older generations of how to live.”

"Paints an optimistic portrait of a much misunderstood generation that has never known a world without the internet."

"In Gen Z, Explained: The Art of Living in a Digital Age, university professors Katz, Ogilvie, Shaw, and Woodhead (hereafter KOS&W) try to understand the digital medium by studying the first generation—mine—never to know life without the internet."

“This extraordinarily rich and empathetic account of Gen Z offers a groundbreaking understanding of this generation’s habits and motivations without reducing them to the sum of their posts and tweets. This work excels in unpacking the subtle ways that identity formation and presentation of self are seamlessly interwoven with digital communication for Zoomers. Parents, teachers, and anyone who cares about our future as a society should read this deeply informed contribution to the research on Gen Z.”

“This book is [fire emoji] (an intimate and indispensable guide to the identities and belonging of postmillennials—and some surprising lessons for all of us).

Richard A. Settersten, Jr., author of Living on the Edge: An American Generation’s Journey Through the Twentieth Century

Gen Zers, also called postmillennials, Zoomers, or iGen-ers, are the first generation never to know the world without the internet. The oldest Gen Zers, now in their mid-20s, were born around the time the World Wide Web made its public debut in 1995. They are therefore the first generation to have grown up only knowing the world with the possibility of endless information and infinite connectivity of the digital age.

Gen Zers are shaped by and encounter the world in a radically different way from those who know what life was like without the internet; they seamlessly blend their offline and online worlds. They have had to navigate this new digital world largely without the guidance of their elders, and so they have learned how to make their way within this fast-moving, digital environment on their own. This has led to a range of daily practices that are distinctive to them—though increasingly adopted by others, a trend that was accelerated during the COVID-19 pandemic, when so many more aspects of everyone’s lives went online. The COVID Age is a digital age; it marks the moment when the rest of society began to catch up with Gen Zers who, with their tech savvy, lead the way.

This book is about the distinctive ways of being, values, and worldview that are shared by many Gen Zers. It tells their stories in their own words, their memes, and much more. We do not claim that this is a definitive study of this generation; it is, rather, a snapshot of some Gen Zers’ lives in the years 2016–2020, exploring who they are and how they go about their daily lives. It also uses the lens of Gen Z to think about the issues facing our world today, including the paradoxes and pressures we all encounter, by looking at what Gen Zers see as the big concerns and how they address them. In that sense, it is also a book in which we hope not only to reflect Gen Z lives but also to understand how they are seeking to mend so many broken aspects of our world…

Technology is woven tightly into the lives of postmillennials. They take the internet and related digital networks and tools for granted; technology and online activities are incorporated into everything. As one of our interviewees put it, “For me, online and offline are one and the same, basically the same thing, integrated.” Others consistently repeated this view in their interviews, and it was reiterated by the results of our survey.

This should not surprise us: the oldest Gen Zers were born around 1995, the year the first browsers hit the global marketplace and the world began to explode with something called “websites.” That was also the time when new online platforms started to appear—Amazon sold its first book online in 1995—and digital devices began to proliferate. The journalist and historian W. Joseph Campbell, discussing (twenty years later, in 2015) the massive impact this “hinge moment” had on American society, described 1995 as the year the future began. As the first group to grow up with network connections that were inconceivable to most people even twenty years before (except in science fiction), postmillennials were distinguishable from their elders, including the pre-internet generation usually called millennials or GenY, precisely because they have never known life without the internet.

It was only during the COVID-19 pandemic lockdown in 2020 that many who were born long before the internet was launched, who were used to separating online and offline activities, began to experience online/offline life as postmillennials do. Forced to use digital devices for various activities and communications that had been conducted in person before the lockdown, older generations began to understand more clearly how the line between online and offline could blur. In that sense, the pandemic has been a great accelerator of preexisting trends that Gen Zers were already living. While those who grew up in the twentieth century can still recall what life was like before smartphones and the internet, for post-millennials there was no life before these powerful, fast, connecting technologies. They have used software tools since they were very young to read, write, create, compete, understand, organize, interact, process, and interrogate—in other words, to be directly or indirectly in touch with others. They cannot imagine life without digital technology because they have never been without it; indeed, as one interviewee put it, “I wouldn’t want to live without it.”

The tools of communication now available have fundamentally changed human interaction. Technology enculturates its users, who mirror its structures in their practice, language, and thought. Culture is changing and being shaped by technologies almost simultaneously, and it is the postmillennials whose daily habits of being demonstrate the unprecedented speed, scale, and scope of this change. An important key to understanding how and why so many Gen Zers do what they do and think what they think lies in appreciating how profoundly the new digital technologies have broadened the ways in which humans are able to interact and, especially, communicate with one another.

For the Gen Zers we interviewed, online and offline interaction with family, friends, and others is interchangeable. As one put it, checking her phone is an integral part of her life, and what she sees and reads on it is what her friends discuss when they are physically together, as well as on social media and in texts. Another interviewee noted that he uses social media as a way of interacting with people he knows in real life (IRL), and as a way of keeping up to date on their lives.

Growing up with the internet—and never knowing a world without it—has profoundly shaped the ways in which Gen Zers “do” life. Digital technology, with the constraints and freedoms it imposes, has affected and shaped not only their online habits of being but also their offline life and practices and the merging of the two.
...

Digital technologies present paradoxes for and to all of us: the wonders of technological change are held as keys to a better future but none has yet brought utopia, and many have made life more precarious, all overshadowed by the as yet mostly unknown consequences of the development of artificial intelligence. While the internet brings access to a vast resource of information, contacts, networks, connections, and the possibility of more voice and agency, it also brings vulnerability as privacy and security are compromised. The Gen Zers in our study are especially aware of these paradoxes, having lived with them for their whole lives and, as we shall explore further, having often coped with them alone as they found their elders more at sea than they were with such rapid technological changes...

Every generation inherits a world they did not make, but Gen Zers are especially concerned about what they face, from faltering institutions to increasing inequality to climate change. They have no choice but to turn to the tools with which they have grown up—digital technologies and networks—to try to solve these problems. They are aware that the digital technology that causes problems might also offer some of the solutions. 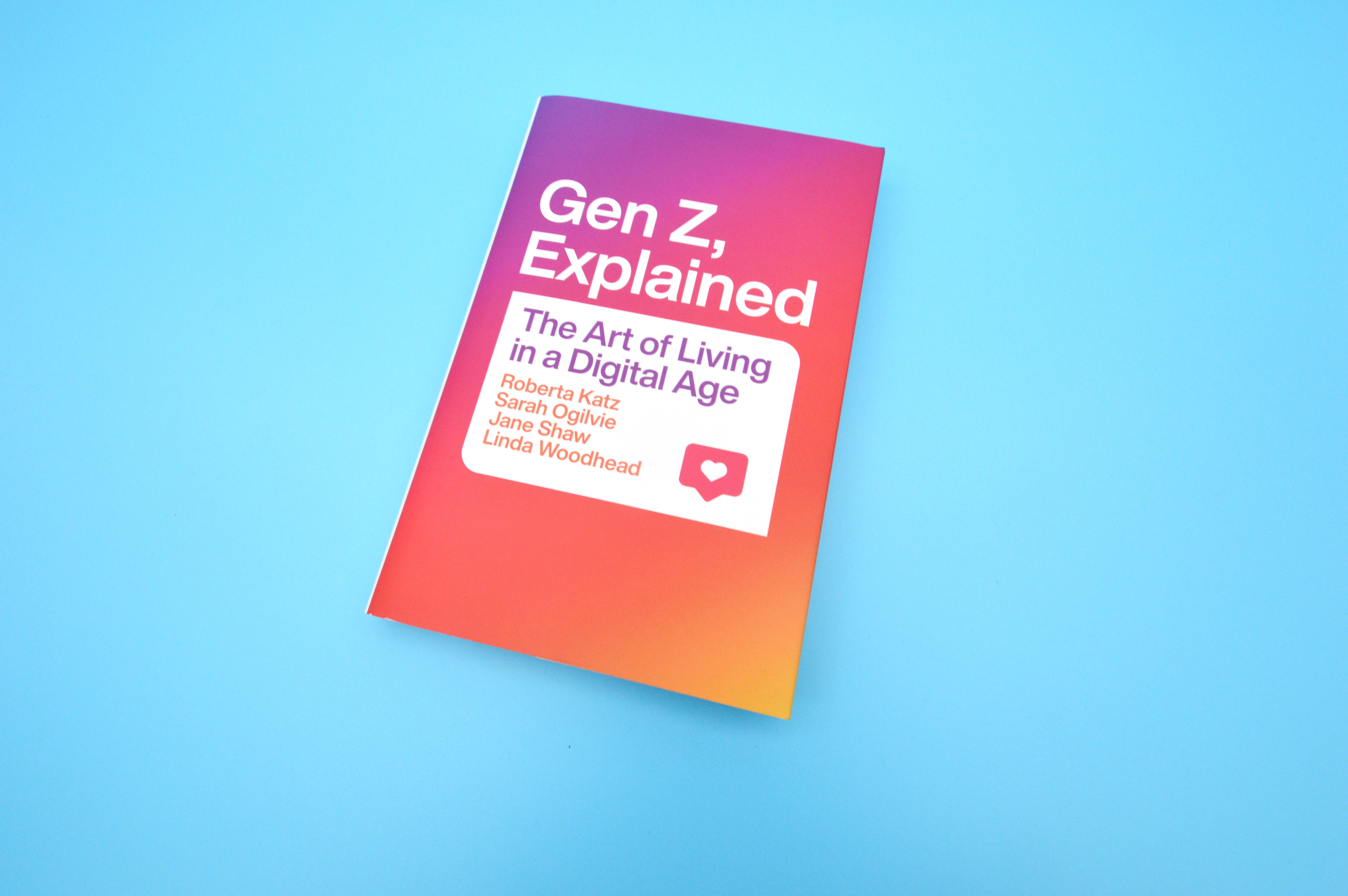 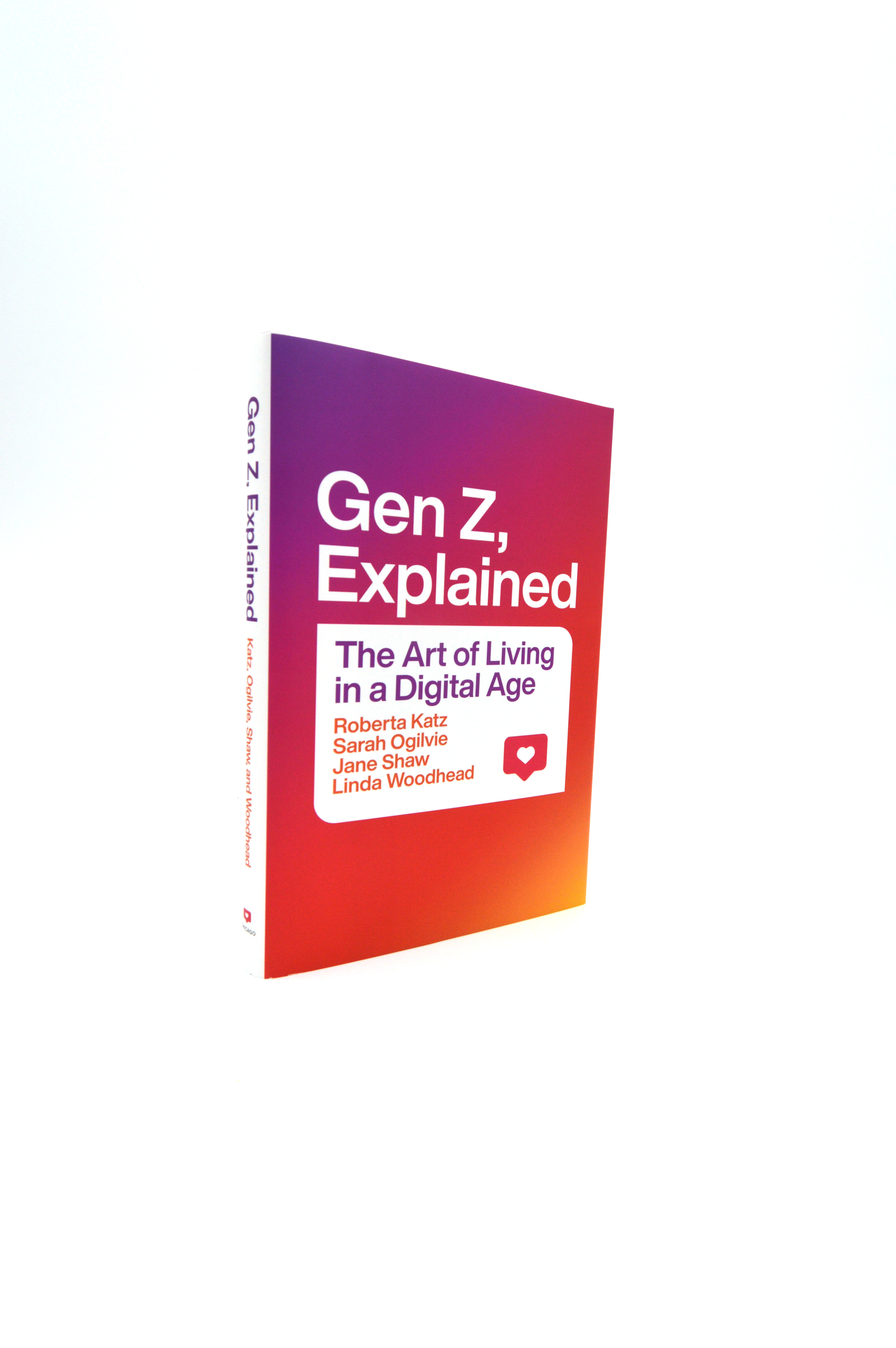 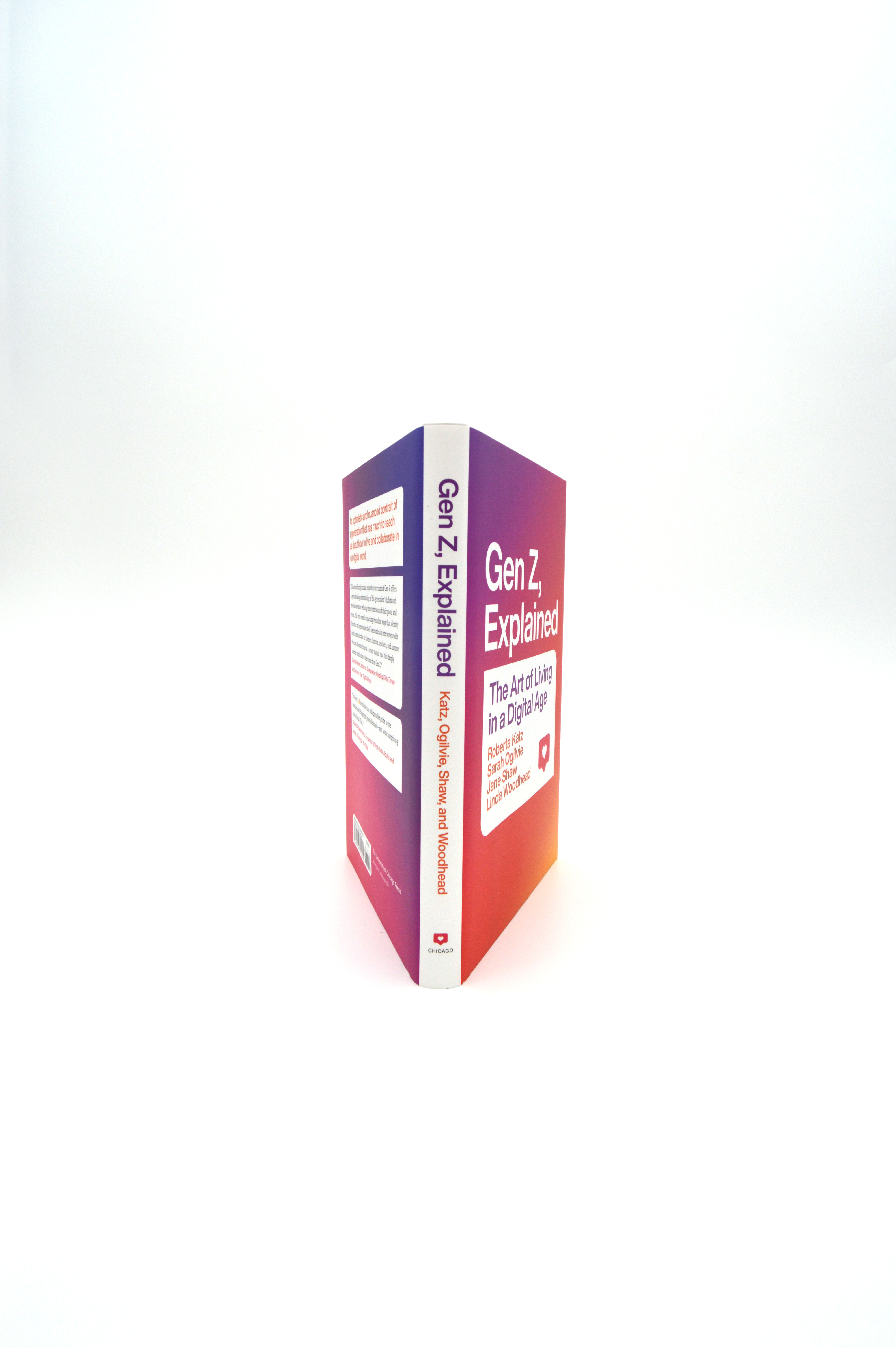 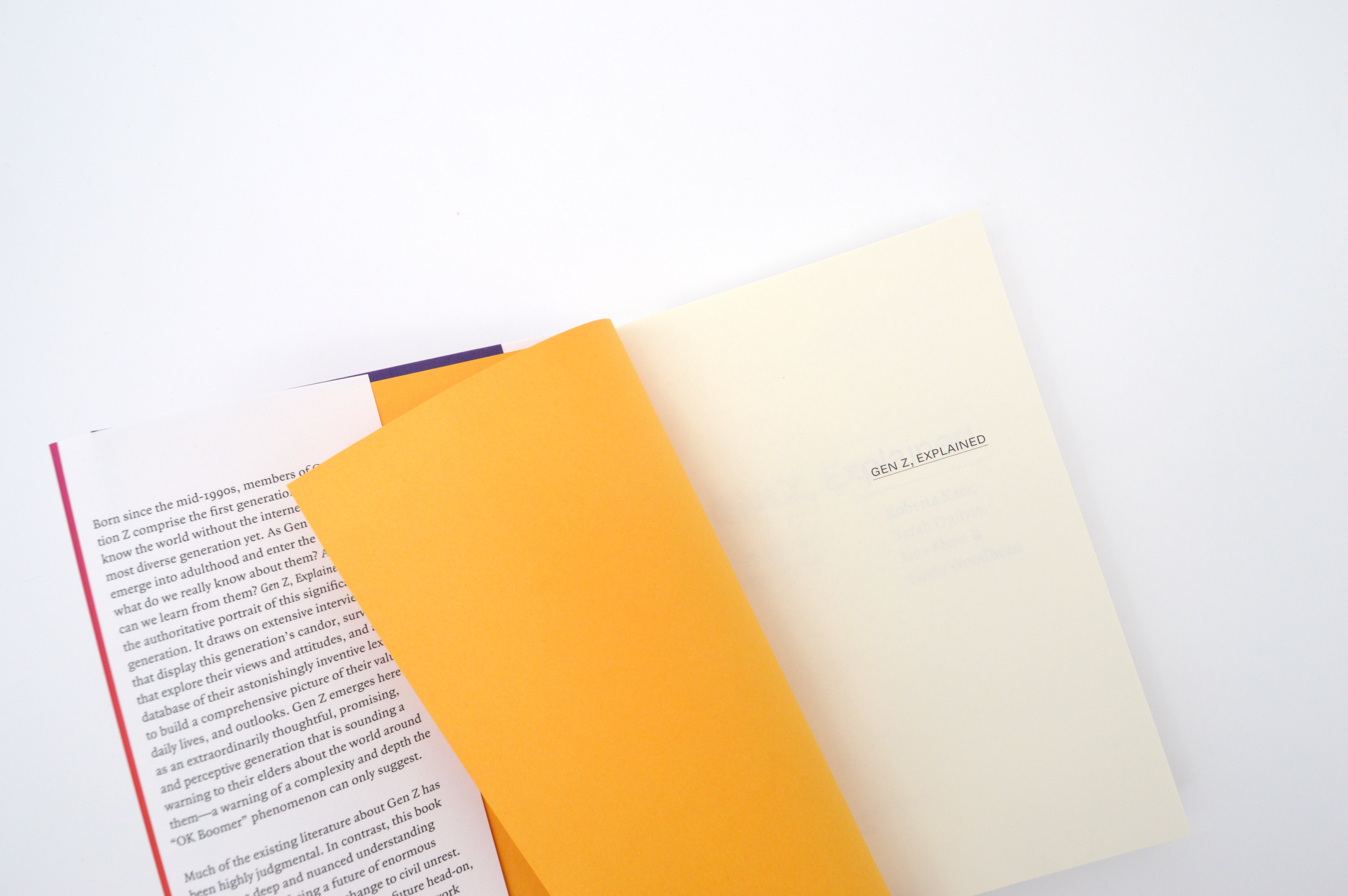 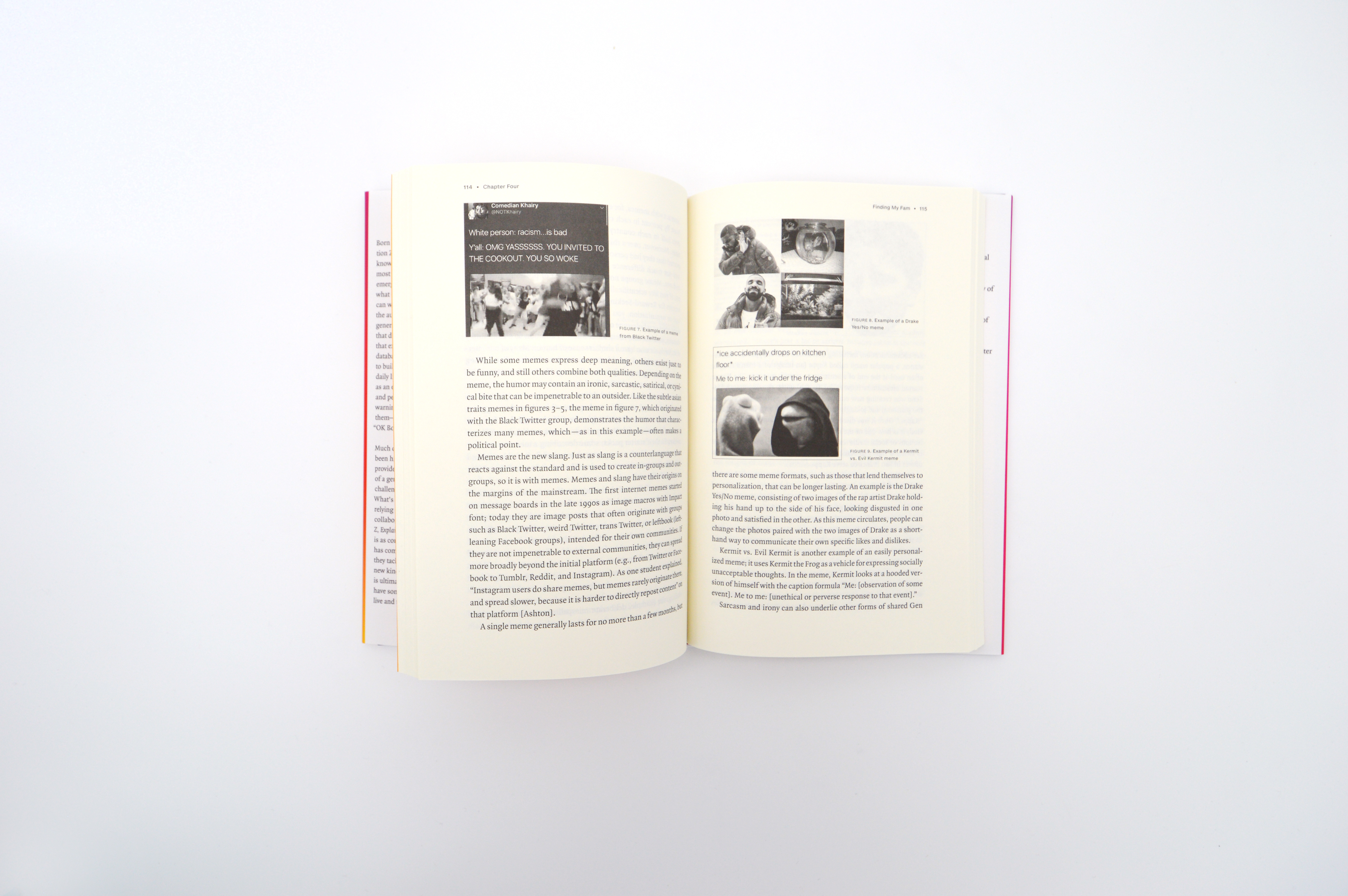