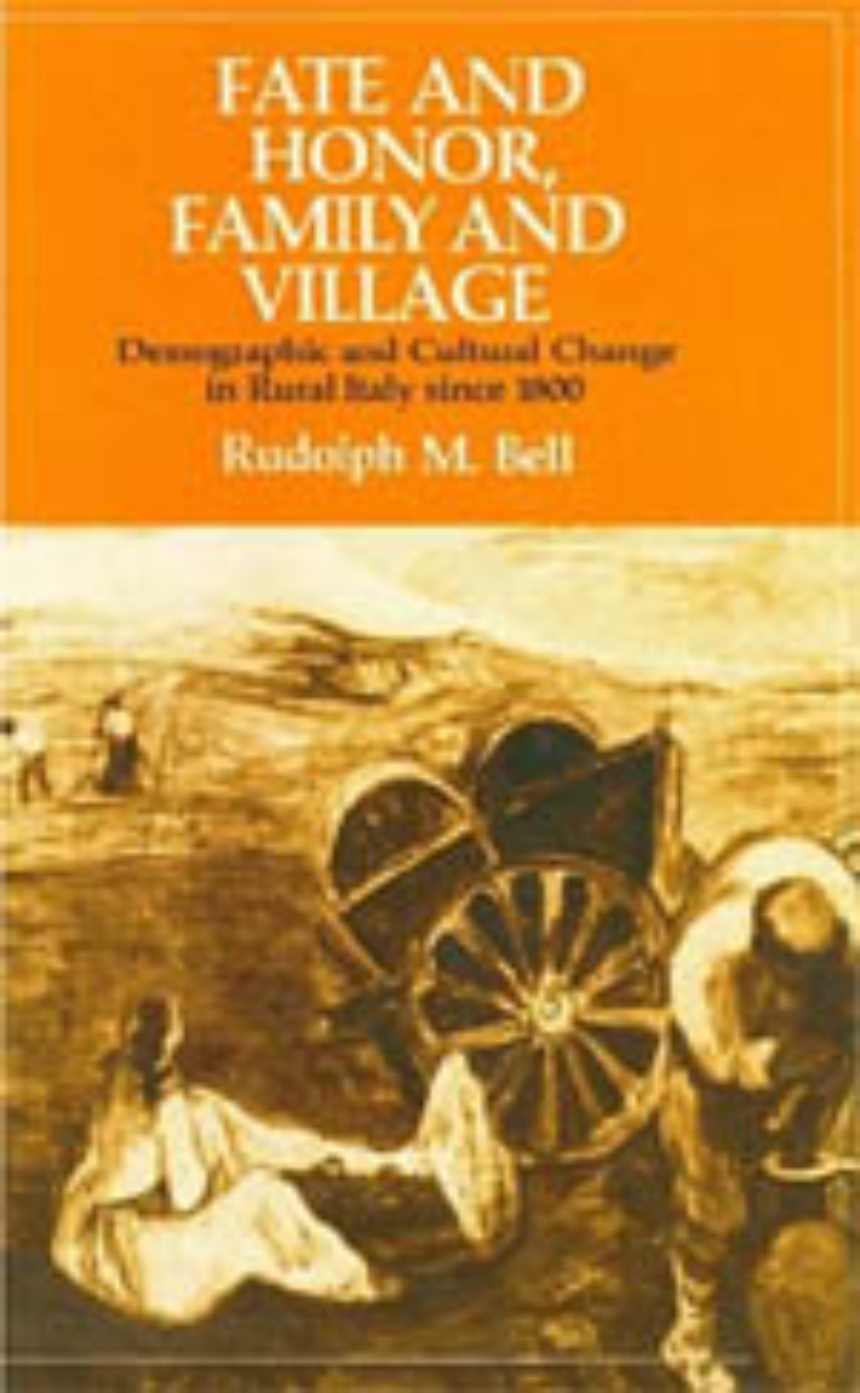 Fate and Honor, Family and Village

Demographic and Cultural Change in Rural Italy Since 1800

Fate and Honor, Family and Village

Demographic and Cultural Change in Rural Italy Since 1800

The Italian peasantry has often been described as tragic, backward, hopeless, downtrodden, static, and passive. In Fate and Honor, Family and Village, Rudolph Bell argues against the characterizationmore by reconstructing the complete demographic history of four country villages since 1800. He analyzes births, marriages, and deaths in terms of four concepts that capture mroe accurately and sympathetically the essence of the Italian peasant life: fortuna (fate), onore (honor, dignity), famiglia (family), and campanilismo (village).

Fortuna is the cultural wellspring of Italian peasant society, the world view from which all social life flows. The concept of fortuna does not refer to philosophical questions, predestination, or value judgments. Rather, fortuna is the sum total of all explanations of outcomes perceived to be beyond human control. Thus, in Bell’s view, high mortality does not lead peasants to a resigned acceptance of their fate; instead, they rely on honor, reciprocal exchanges of favors, and marriage to forge new links in their familial and social networks. With thorough documentation in graphs and tables, the author evaluates peasant reactions to time, work, family, space, migration, and protest to portray rural Italians as active, flexible, and shrewd, participating fully in shaping their destinies.

Bell asserts that the real problem of the Mezzogiorno is not one of resistance to technology, of high birth rates, or even of illiteracy. It is one of solving technical questions in ways that foster dependency. The historical and sociological practice of treating peasant culture as backward, secondary, and circumscribed only encourages disruption and ultimately blocks the road to economic and political justice in a postmodern world.