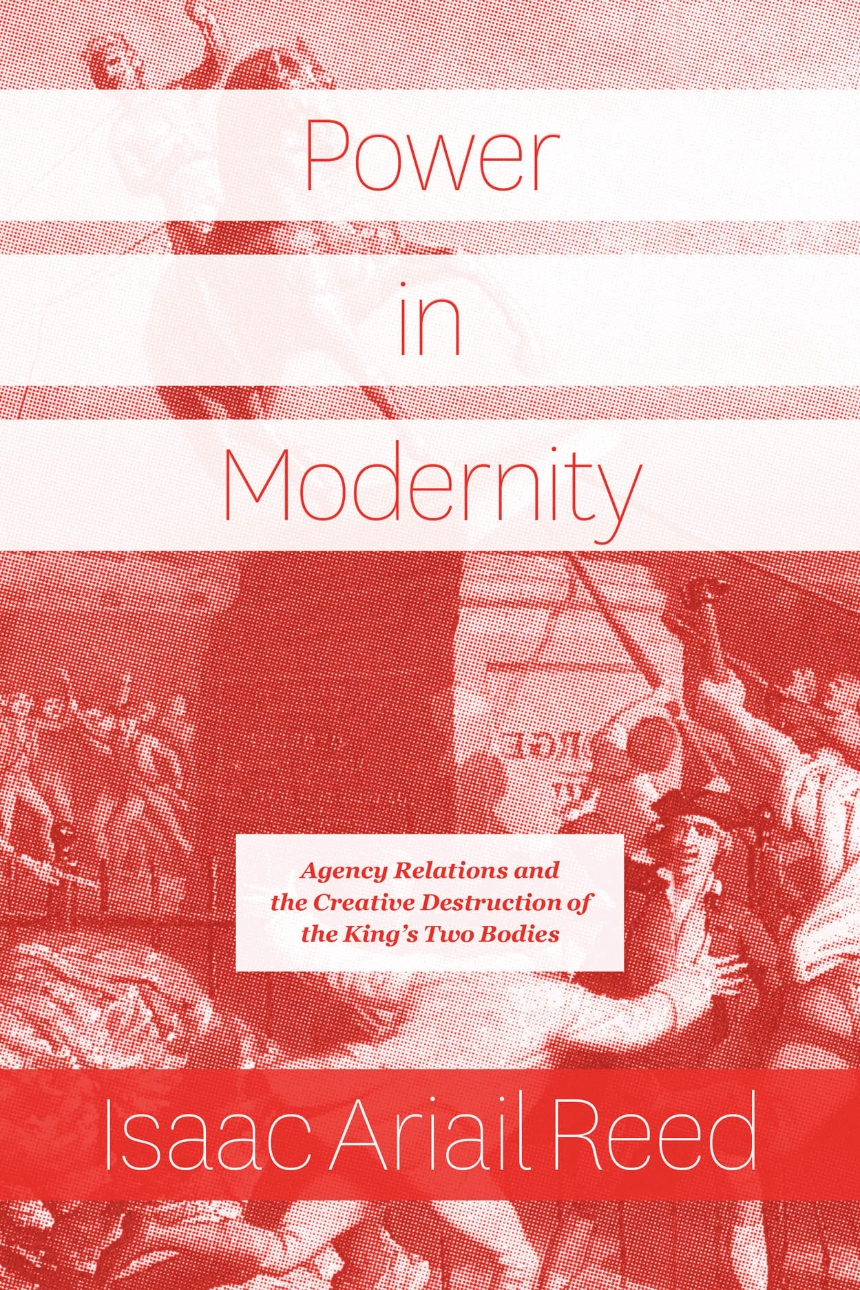 In Power in Modernity, Isaac Ariail Reed proposes a bold new theory of power that describes overlapping networks of delegation and domination.  Chains of power and their representation, linking together groups and individuals across time and space, create a vast network of intersecting alliances, subordinations, redistributions, and violent exclusions. Reed traces the common action of “sending someone else to do something for you” as it expands outward into the hierarchies that control territories, persons, artifacts, minds, and money.

He mobilizes this theory to investigate the onset of modernity in the Atlantic world, with a focus on rebellion, revolution, and state formation in colonial North America, the early American Republic, the English Civil War, and French Revolution. Modernity, Reed argues, dismantled the “King’s Two Bodies”—the monarch’s physical body and his ethereal, sacred second body that encompassed the body politic—as a schema of representation for forging power relations. Reed’s account then offers a new understanding of the democratic possibilities and violent exclusions forged in the name of “the people,” as revolutionaries sought new ways to secure delegation, build hierarchy, and attack alterity.

Reconsidering the role of myth in modern politics, Reed proposes to see the creative destruction and eternal recurrence of the King’s Two Bodies as constitutive of the modern attitude, and thus as a new starting point for critical theory. Modernity poses in a new way an eternal human question: what does it mean to be the author of one’s own actions?

"Power, according to Isaac Ariail Reed, happens in a diagram. This is one way to present the movement of this wide-ranging book, indicating its U-turn from existing theories of power and its usefulness for the humanities. For Michel Foucault, power always issues in forms of domination. Whether administrative power, biopower, or a regime of knowledge, the outcome for subjects is to be dominated, that is, for their otherwise unregulated possibilities in the world to be constrained by an external force, even where the force gets internalized. What Reed’s book gives us is an alternative interpretation of power, no longer as force leading to domination, with its reflex image of an undominated ideal. Human beings occupy points in a diagram, and power flows through delegation rather than domination."

“Part general social theory with a cultural bent, part historical interpretation of the modern condition and its origins, Isaac Ariail Reed's Power in Modernity: Agency Relations and the Creative Destruction of the King's Two Bodies is a work of extraordinary ambition… Highly original… This is a remarkable book. A range of scholars will find much to use, from social theorists to historical and political sociologists, to sociologists of culture, to students of empire in general and settler-colonial histories in particular.”

“A work that stands out for its ambition, scholarly virtuosity, writerly flair, and brilliant reiteration that ‘big’ concepts do matter, irrespective of bureaucratic academic boundaries.”

“Isaac Ariail Reed’s Power in Modernity: Agency Relations and the Creative Destruction of the King’s Two Bodies (2020) proposes a bold, imaginative thesis: modernity is characterized by the recurrent search for new figurations and myths that bind actors to those who command.”

"The elegance of his framework [is] striking."

“Power in Modernity is a startlingly original meditation on the meaning, morality, and madness of modern power. To explain the workings—and the violence—of ‘chains of power,’ Reed evokes the traces of the medieval trope by which the sacred and enduring authority of the king’s body politic overdetermined the king’s profane and mortal body. Following the new template of power brought to life with the overthrow of the ‘King’s Two Bodies,’ Reed leads us on a journey—from the Salem witch trials to the Whiskey Rebellion, from the French Revolution to ‘the edge of empire’—that leaves you breathless from the revelations and rebellions encountered along the way. In this unparalleled work of social theory, Reed has produced a masterpiece. But fair warning: Prepare to have your mind blown!”

“This exciting and innovative work breaks new ground in the study of power and modernity. Reed offers a new vocabulary and a historically informed theory of the relations of power that enriches, and in important ways goes beyond, the classic accounts of Lukes, Bourdieu, Foucault and Mann, one that emphasizes the forces of exclusion as much as inclusion in the struggle for recognition and redistribution. His interpretation of the transition to modernity as the agonistic replacement of the symbolic power of the King’s second body with the body of the people as the ultimate source of unity and authority in the political culture of the West is as compelling as it is original. A major push against the presentist complacency of contemporary sociology, the work articulates new directions in both social theory and historical sociology.”

“What is power, how does it work, and where does it come from? These urgent questions are at the heart of social theory’s contribution to empirical research and critique. Reed’s meticulous argumentation and breathtaking range make this book the indispensable synthesis for understanding power in society, history, and theory. He treats each example with subtle care while still leveraging the comparative power of very different cases. The tight prose leaves room neither for wasted words nor for sloppy ideas.”

"Isaac Ariail Reed’s Power in Modernity pursues three aims: it offers a new theory of power, it puts forward an explanation for a couple of key events in the Atlantic revolutions of the 18th century, and it provides a new description of modernity."