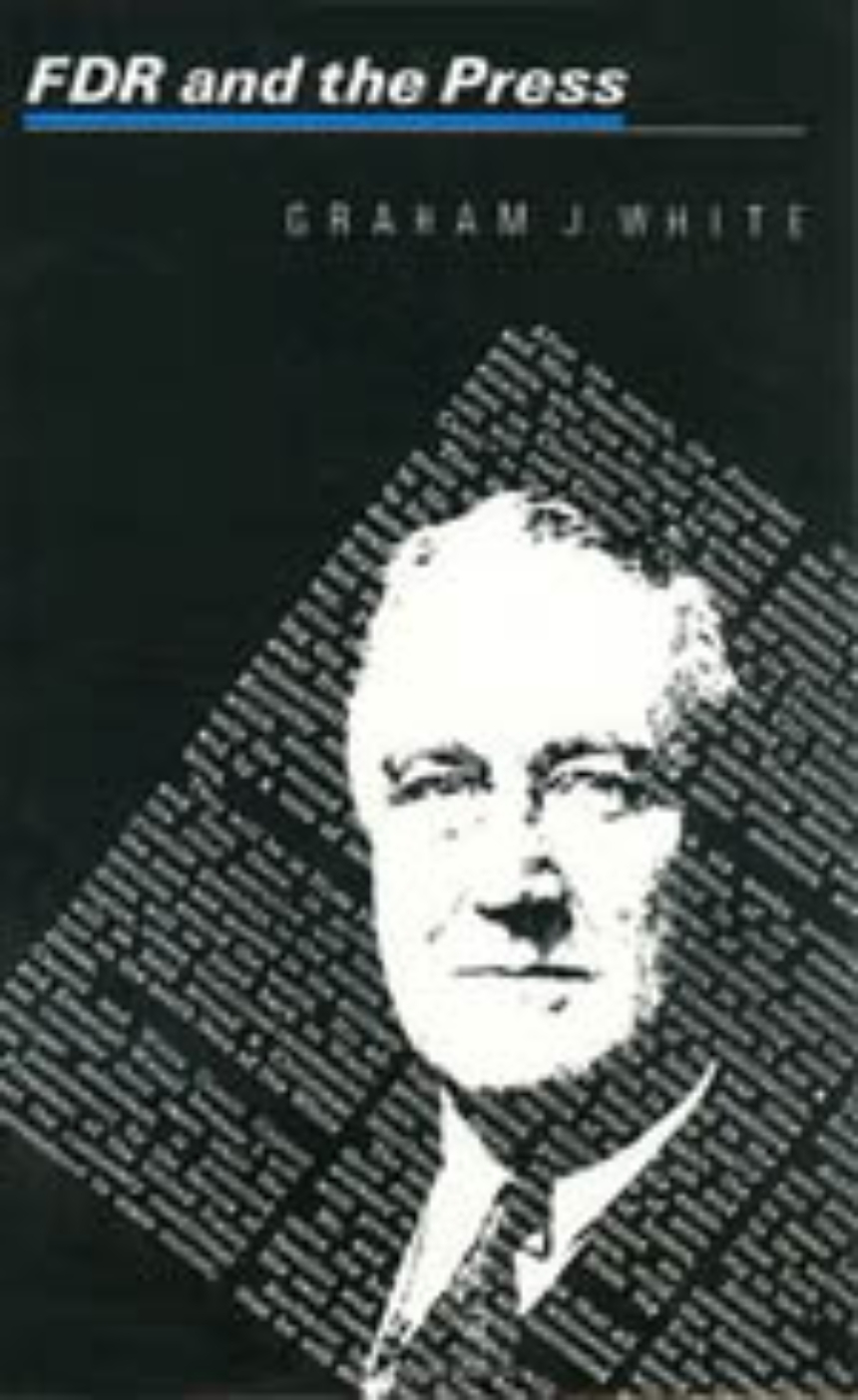 Franklin D. Roosevelt’s tempestuous, adversary relationship with the American press is celebrated in the literature of his administrations. Historians have documented the skill and virtuosity that he displayed in his handling and exploitation of the press. Graham J. White discovers the well of Roosevelt’s excessive ardor: an intractable political philosophy that pitted him against a fierce (though imaginary) enemy, the written press.

White challenges and disproves Roosevelt’s contention that the press was unusually severe and slanted in its treatment of the Roosevelt years. His original work traces FDR’s hostile assessment of the press to his own political philosophy: an ideology that ordained him a champion of the people, whose task it was to preserve American democracy against the recurring attempt by Hamiltonian minorities (newspaper publishers and captive reporters) to wrest control of their destiny from the masses.

White recounts Roosevelt’s initial victory over the press corps, and the effect his wily manipulations had on press coverage of his administrations and on his own public image. He believes Roosevelt’s denunciation of the press was less an accurate description of the press’s behavior towards his administrations than a product of his own preconceptions about the nature of the Presidency. White concludes that Roosevelt’s plan was to disarm those he saw as the foes of democracy by accusing them of unfairly maligning him.

Preface
Introduction
1. The Best Newspaperman Who Has Ever Been President of the United States
2. I Can Appreciate What You Are Told to Write
3. The Group More Resented by the President than Any Other Group in American Life
4. The Famous Eighty-five Percent
5. His Displeasure, like the Rain, Falls Equally upon the Just and the Unjust
6. Noting Would Help Him More than to Have it Known That the Newspapers Were All against Him
7. Is a Jefferson on the Horizon?
Notes
Bibliographical Note
Index