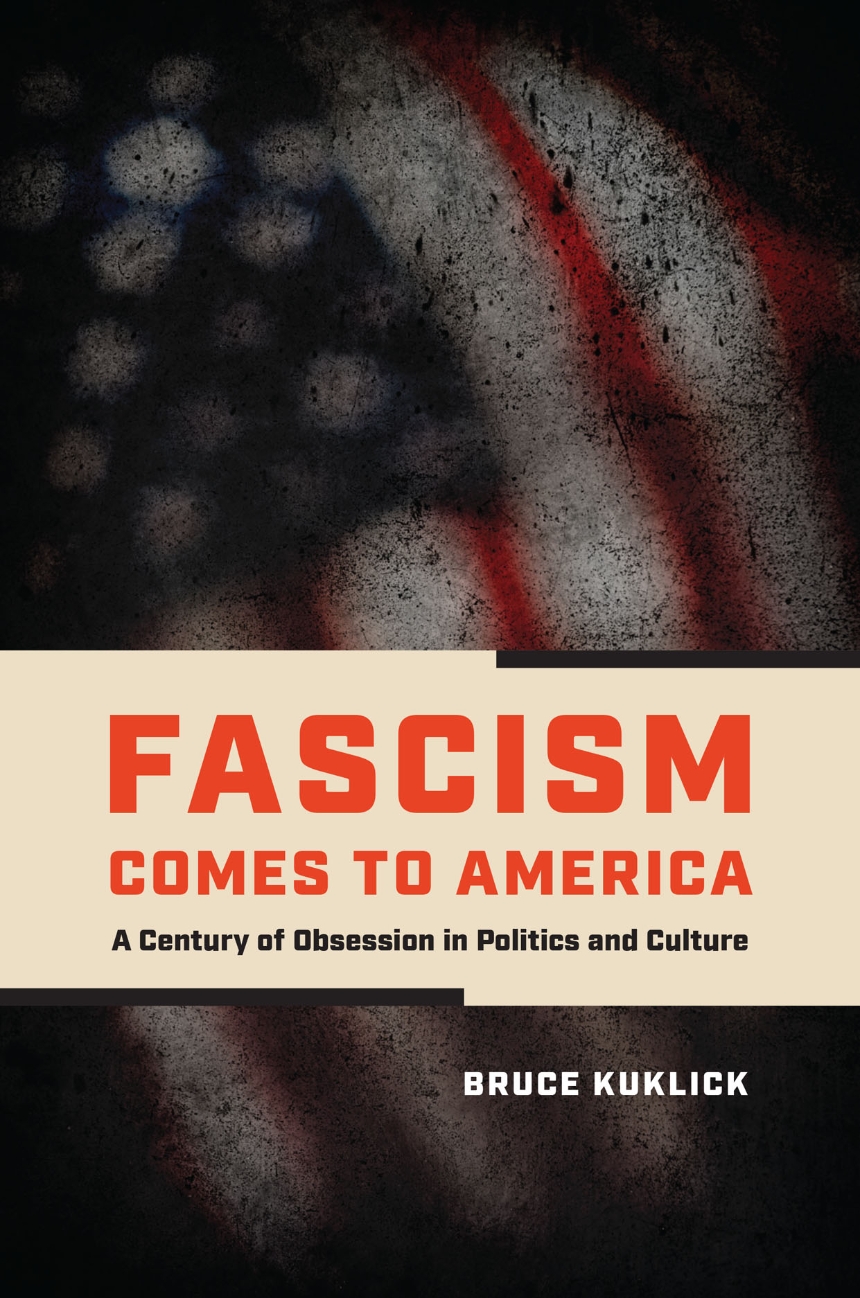 A Century of Obsession in Politics and Culture

A Century of Obsession in Politics and Culture

A deeply relevant look at what fascism means to Americans.

From the time Mussolini took power in Italy in 1922, Americans have been obsessed with and brooded over the meaning of fascism and how it might migrate to the United States. Fascism Comes to America examines how we have viewed fascism overseas and its implications for our own country. Bruce Kuklick explores the rhetoric of politicians, who have used the language of fascism to smear opponents, and he looks at the discussions of pundits, the analyses of academics, and the displays of fascism in popular culture, including fiction, radio, TV, theater, and film. Kuklick argues that fascism has little informational meaning in the United States, but instead, it is used to denigrate or insult. For example, every political position has been besmirched as fascist. As a result, the term does not describe a phenomenon so much as it denounces what one does not like. Finally, in displaying fascism for most Americans, entertainment—and most importantly film—has been crucial in conveying to citizens what fascism is about. Fascism Comes to America has been enhanced by many illustrations that exhibit how fascism was absorbed into the US public consciousness.

"Popcorn doesn’t come with books published by respected university presses, but in the case of Fascism Comes to America, maybe it should. The book is as much about Hollywood as it is about a movement or ideology. Mr. Kuklick, an accomplished historian of ideas, turns his skills to Hollywood’s treatment of fascism. He explains why American entertainers, intellectuals, and others have so often resorted to the term 'fascism' to denounce things they don’t like: FDR’s New Deal, the Reagan Revolution and much else....Readers may need whiskey to accompany that popcorn when they come to Mr. Kuklick’s brief excursus on American government and the Founders’ 'agony' over democracy. He surmises that Americans’ obsession with fascism is the flip side of a collective inability to reckon with the calamitous gap between the Founders and contemporary America."

"If you were to ask me to name the five living American historians I read with the greatest interest, I would dither a bit, but Bruce Kuklick would certainly be among them. I admire him for his immense intellectual range...He combines intellectual curiosity with steely integrity, rare common sense, resistance to fads, withering scorn (when scorn is due), and mordant irony...I urge you to read Fascism Comes to America and make up your own mind."

“Fascism as both an idea and a political reality in America is an important, even urgent, topic, and it has found the ideal author for its examination in Kuklick. He draws on an impressive variety of sources—from political theory, philosophy, novels, movies, the popular press, and more—to knit together a century-long history of American ideas about and images of fascism. This important book shows persuasively, and with considerable writerly flair, the specter and appeal of ‘fascism’ in American political thought and culture.”

“Briskly narrated and perfectly timed, Kuklick’s study examines a concept that has enjoyed a central, if disputed, place in American political and cultural discourse for exactly a century. Surveying academic analyses, journalistic jeremiads, popular novels, and Hollywood films from the 1920s to the present, Fascism Comes to America shows how people across the American political spectrum have employed the concept of fascism as a multivalent signifier to express their fears and fantasies about the country’s democratic well-being. This is a must-read for anyone seeking to make sense of present-day rightwing trends in the United States.”

“Fascism Comes to America is amazing for the range of sources it analyzes and for the effectiveness with which it mobilizes theories of politics, language, and culture. Epoch by epoch, decade by decade, international crisis by international crisis, domestic election by domestic election, Kuklick takes the reader through the last hundred years with a firm hand, showing how movies reflected contemporary politics at home and abroad without being directly caused by them."