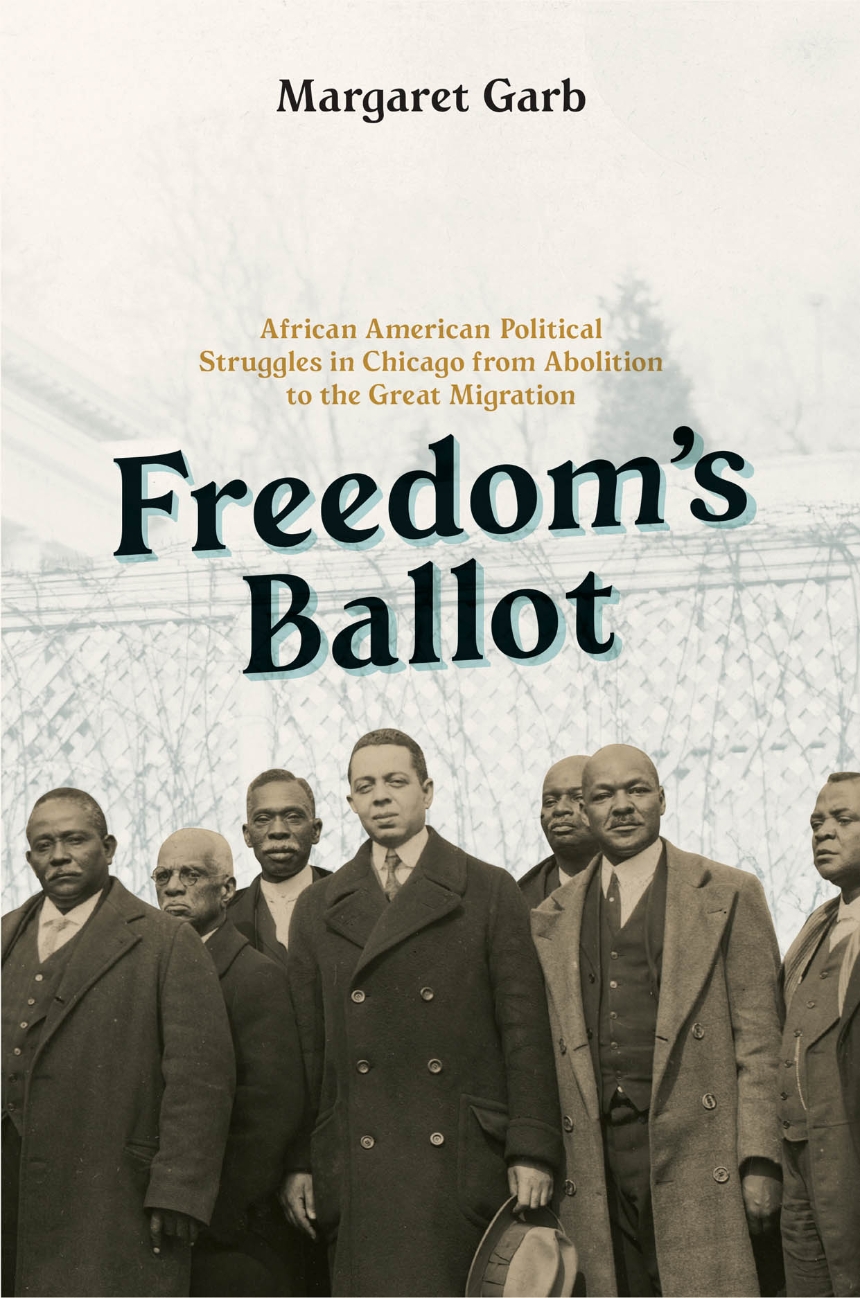 In the spring of 1915, Chicagoans elected the city’s first black alderman, Oscar De Priest. In a city where African Americans made up less than five percent of the voting population, and in a nation that dismissed and denied black political participation, De Priest’s victory was astonishing. It did not, however, surprise the unruly group of black activists who had been working for several decades to win representation on the city council.

Freedom’s Ballot is the history of three generations of African American activists—the ministers, professionals, labor leaders, clubwomen, and entrepreneurs—who transformed twentieth-century urban politics. This is a complex and important story of how black political power was institutionalized in Chicago in the half-century following the Civil War. Margaret Garb explores the social and political fabric of Chicago, revealing how the physical makeup of the city was shaped by both political corruption and racial empowerment—in ways that can still be seen and felt today.

“In this fascinating and original study, Margaret Garb traces the rise of black politics in Chicago from its mid-nineteenth-century origins to the early twentieth century.  The book is a signal contribution to our understanding of the long civil rights movement on northern soil.”

“By bringing post-bellum black Northern politics out from beneath the shadows of the South, Freedom’s Ballot manages to radically alter the common story of the era of Reconstruction and Jim Crow.   For Chicago’s African American leaders, what W.E.B. DuBois called that ‘magnificent drama’ of ex-slaves to bring democracy to America, took on a very different character.  As Margaret Garb powerfully demonstrates, uplift ideology and demands for inclusion took a backseat to more militant goals of political power and racial solidarity.   Anyone interested in how the Windy City became a national center of black political power must read this book.”

Robin D. G. Kelley, author of Thelonious Monk: The Life and Times of an American Original

“In a masterful work that reveals the beauty of the historian’s craft, Garb illuminates the ways in which politics and the political had multiple meanings for African Americans and their quest for freedom.”

“Garb skillfully traces changes in both the citywide political system and the black response to the emergence of machine politics. . . . Freedom’s Ballot is an important contribution to the growing body of literature on African American political development.”

INTRODUCTION / From Party to Race

ONE / History, Memory, and One Man’s Vote

THREE / Women’s Rights, the World’s Fair, and Activists on the National Stage

EPILOGUE / Film, History, and the Birth of a Black Political Culture