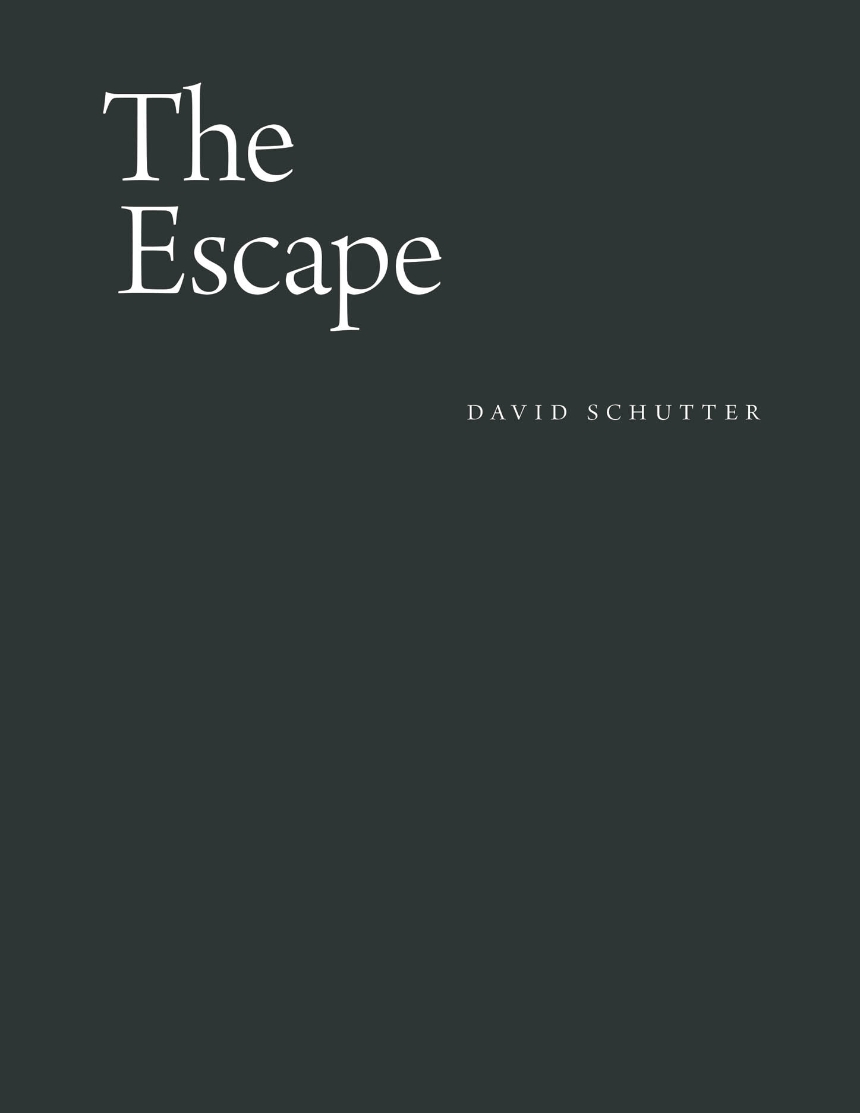 With Essays by Barry Schwabsky and Dieter Roelstraete
Charles Le Brun’s drawing manual on human emotions has been used for centuries by artists and students as a model for depicting facial expressions. In David Schutter’s work, Le Brun’s manual is set to a different direction—a series of abstract drawings recalling vestiges of the human face animated by emotion. But Schutter’s drawings are neither copies nor portraiture. Rather, they are reflections on how Lebrun’s renderings were made.

Collected here, Schutter’s work recreates not the subject matter but the very values of Lebrun’s drawings—light, gesture, scale, and handling of materials. The cross-hatching in the original was used to make classical tone and volume, in Schutter’s hand the technique makes for unstable impressions of strained neck and deeply furrowed brow, or for drawing marks and scribbles unto themselves. As such, these drawings end up denying a neat closure—unlike their academic source material—and render unsettling states of mind that require repeated viewing. Accompanied by essays from art critic Barry Schwabsky and Neubauer Collegium curator Dieter Roelstraete, The Escape will appeal to students, critics, and admirers of seventeenth-century, modern, and contemporary art alike.