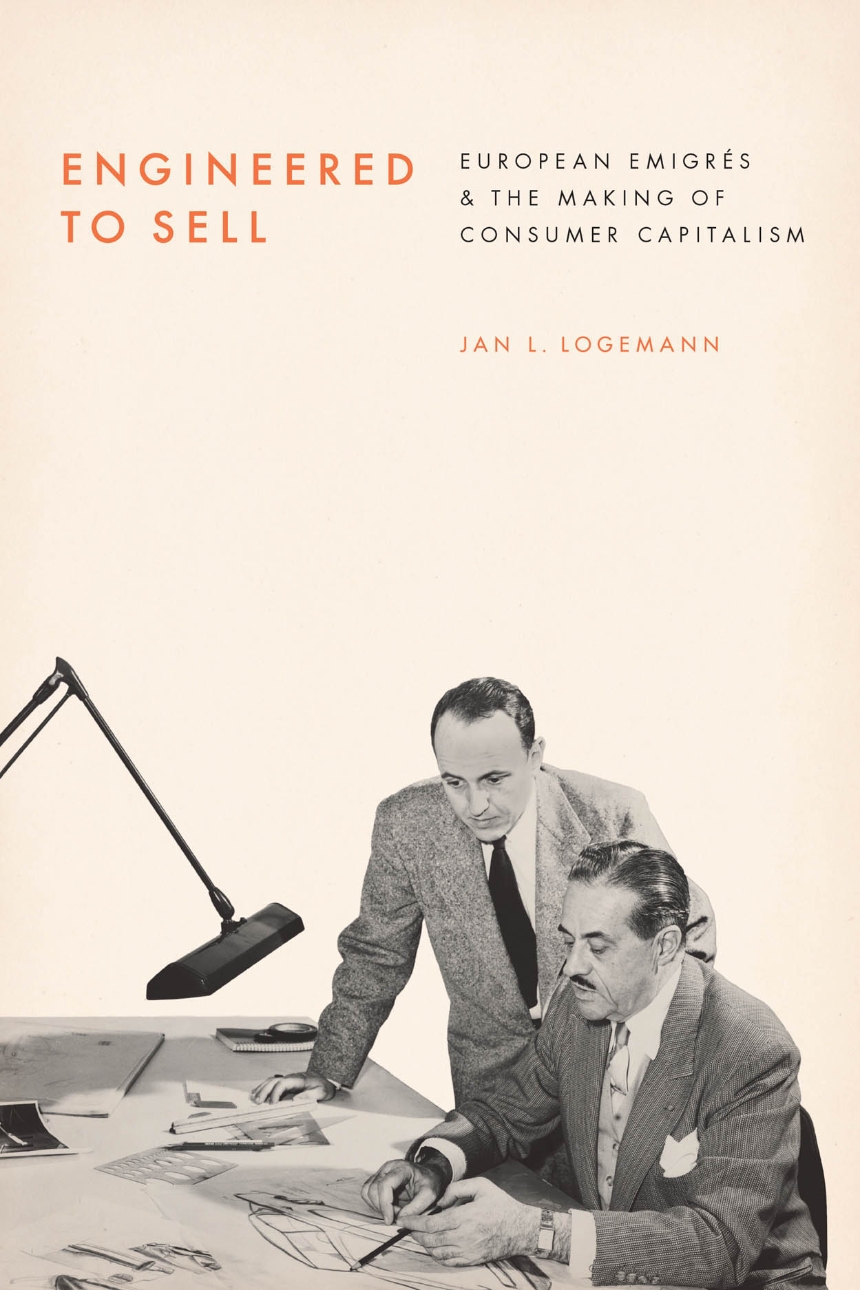 European Émigrés and the Making of Consumer Capitalism

European Émigrés and the Making of Consumer Capitalism

The mid-twentieth-century marketing world influenced nearly every aspect of American culture—music, literature, politics, economics, consumerism, race relations, gender, and more. In Engineered to Sell, Jan L. Logemann traces the transnational careers of consumer engineers in advertising, market research, and commercial design who transformed capitalism from the 1930s through the 1960s. He argues that the history of marketing consumer goods is not a story of American exceptionalism. Instead, the careers of immigrants point to the limits of the “Americanization” paradigm. Logemann explains the rise of a dynamic world of goods and examines how and why consumer engineering was shaped by transatlantic exchanges. From Austrian psychologists and little-known social scientists to the illustrious Bauhaus artists, the emigrés at the center of this story illustrate the vibrant cultural and commercial connections between metropolitan centers: Vienna and New York; Paris and Chicago; Berlin and San Francisco. By focusing on the transnational lives of emigré consumer researchers, marketers, and designers, Engineered to Sell details the processes of cultural translation and adaptation that mark both the midcentury transformation of American marketing and the subsequent European shift to “American” consumer capitalism.

“Logemann’s study, which is easy and fluent to read, directs the interest to a field of research in the history of modern marketing that has been little explored to date... He manages to skillfully embed the approaches and impact of his protagonists in the broader context of developments. The book is to be hoped for a broad reception, especially beyond the boundaries of corporate and economic history.”

“In this age of global platform capitalism, computerized design, and mass marketing, Logemann takes us back to its European-American emigré origins. His fascinating study of the rise of ‘engineers of the human soul’ and Fordist commercializers will be of great interest to cultural historians and social scientists looking for insights into the roots of today’s ubiquitous media world.”

“Engineered to Sell traces the history of an educated, intellectually sophisticated group of immigrants who came to the United States from Central Europe at midcentury and helped to transform market research, marketing practice, product design, and corporate identity branding. These Central Europeans carried their traditions and their theories, their drawing boards and their design strategies, all of which they adapted to the American scene. This important story of cultural transfer not only widens our understanding midcentury American capitalism but also provides a much-needed counterpoint to familiar narratives on the Americanization of postwar Europe.”

“Engineered to Sell delivers a fresh look at the development of consumer capitalism in the United States and Europe by focusing on the substantial contributions made by German and Austrian émigré designers, psychologists, and advertisers to the culture of buying and selling in the United States. Importantly, Logemann argues as well that despite their role in its development, many of these same experts recognized the more destructive aspects of American-style consumerism and warned against fully embracing the model on their return to Europe in the 1950s.”

“Bringing their expertise in design and behavioral sciences, a cluster of European emigrés found profitable opportunities in technocratic ‘consumer engineering’ for American corporations. In this valuable corrective to notions that ‘high modernity’s’ consumer culture was wholly American made, Logemann richly and definitively shows that midcentury marketing innovators exchanged ideas and methods across geographic, cultural, and disciplinary boundaries.”

"As a business history, Logemann’s book is excellent. It is an important contribution to our understanding of the ways in which international networks and small business consultancies (“startups,” in today’s parlance) used a range of modernist design techniques and social science research methods to engineer the postwar Keynesian consumer societies that fueled the Trente Glorieuses in Europe and the US."

"Logemann tells many interesting and meaningful stories... [His] study opens up a field of research whose potential is far from exhausted."