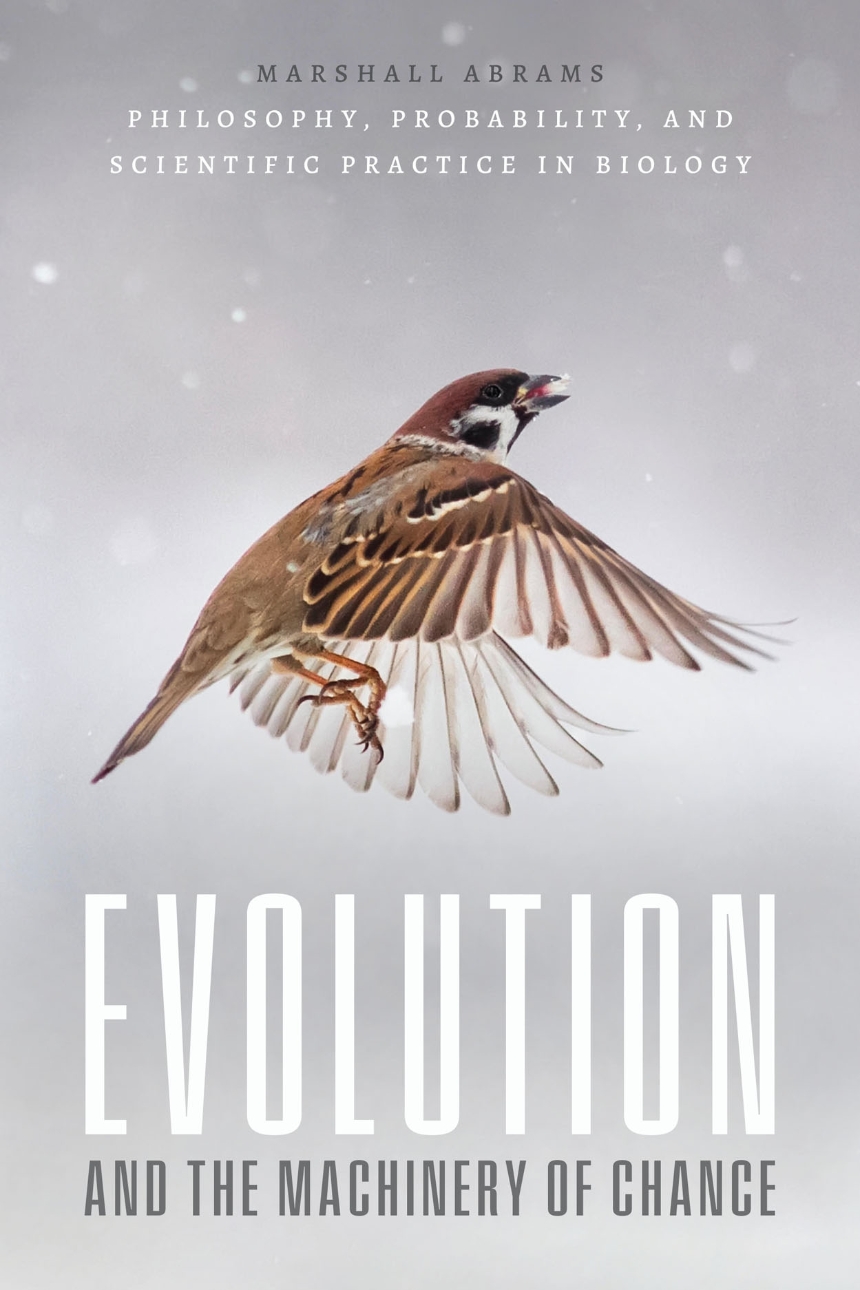 Evolution and the Machinery of Chance

Evolution and the Machinery of Chance

An innovative view of the role of fitness concepts in evolutionary theory.

Natural selection is one of the factors responsible for changes in biological populations. Some traits or organisms are fitter than others, and natural selection occurs when there are changes in the distribution of traits in populations because of fitness differences. Many philosophers of biology insist that a trait’s fitness should be defined as an average of the fitnesses of individual members of the population that have the trait.

Marshall Abrams argues convincingly against this widespread approach. As he shows, it conflicts with the roles that fitness is supposed to play in evolutionary theory and with the ways that evolutionary biologists use fitness concepts in empirical research. The assumption that a causal kind of fitness is fundamentally a property of actual individuals has resulted in unnecessary philosophical puzzles and years of debate. Abrams came to see that the fitnesses of traits that are the basis of natural selection cannot be defined in terms of the fitnesses of actual members of populations in the way that philosophers of biologists often claim. Rather, it is an overall population-environment system—not actual, particular organisms living in particular environmental conditions—that is the basis of traits’ fitnesses. Abrams argues that by distinguishing different classes of fitness concepts and the roles they play in the practice of evolutionary biology, we can see that evolutionary biologists’ diverse uses of fitness concepts make sense together and are consistent with the idea that fitness differences cause evolution.

Abrams’s insight has broad significance, for it provides a general framework for thinking about the metaphysics of biological evolution and its relations to empirical research. As such, it is a game-changing book for philosophers of biology, biologists who want deeper insight into the nature of evolution, and anyone interested in the applied philosophy of probability.

“A must-read for philosophers of biology who want to continue to participate in debates about the nature of fitness and probability in evolutionary theory. Abrams has accomplished what he set out to do: elaborate and defend a particular way of understanding fitness and probability that illuminates the causal role of natural selection and fitness in evolutionary theory.”

“Abrams’s exciting new book aims to correct fundamental mistakes that have bedeviled philosophical thinking about evolutionary fitness and natural selection for forty some years. Using information about the empirical procedures that scientists deploy and focusing on population-environment systems rather than on single organisms, he throws new light on natural selection as a probabilistic and causal influence on evolution.”

“Marshall Abrams’s erudite analysis of fitness is motivated by his view that philosophy of science enhances understanding by tackling issues that working evolutionary biologists can avoid. Practitioners can avoid the issues because they study specific outcomes that take place among many other possibilities. Abrams generalizes this idea into what he calls population-environment systems based on complex interacting components that can yield various possible outcomes depending on chance. Yet he is sympathetic with everyday researchers who must use imprecise and flexible language to describe things with still inchoate understanding—as evidenced by Barbara McClintock’s once telling me that she knew how transposable elements worked long before she could put it into words.”

Part I. Laying the Foundation
1. Population-Environment Systems
2. Causal Probability and Empirical Practice
3. Irrelevance of Fitness as a Causal Property of Token Organisms
4. Roles of Environmental Variation in Selection