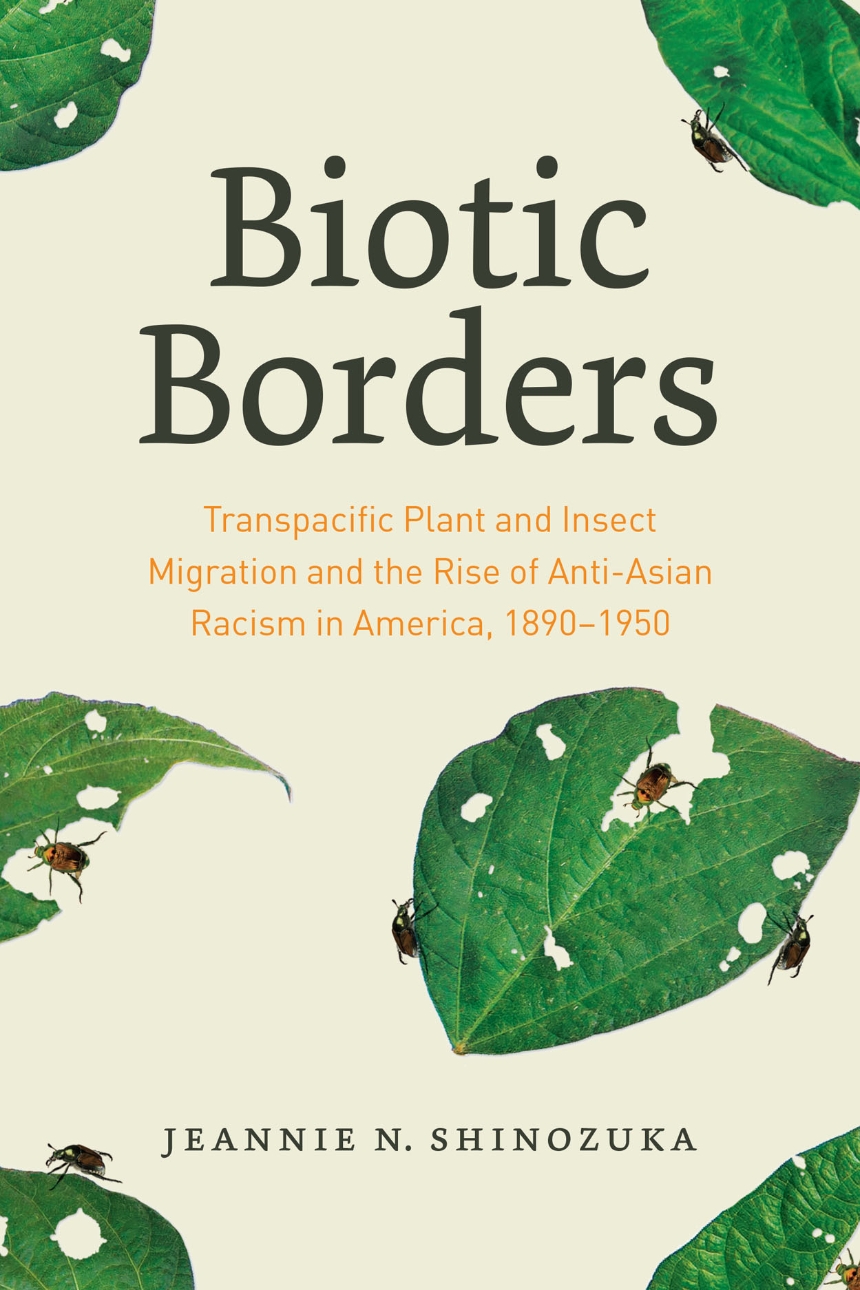 Transpacific Plant and Insect Migration and the Rise of Anti-Asian Racism in America, 1890–1950

Transpacific Plant and Insect Migration and the Rise of Anti-Asian Racism in America, 1890–1950

A rich and eye-opening history of the mutual constitution of race and species in modern America.

In the late nineteenth century, increasing traffic of transpacific plants, insects, and peoples raised fears of a "biological yellow peril" when nursery stock and other agricultural products shipped from Japan to meet the growing demand for exotics in the United States. Over the next fifty years, these crossings transformed conceptions of race and migration, played a central role in the establishment of the US empire and its government agencies, and shaped the fields of horticulture, invasion biology, entomology, and plant pathology. In Biotic Borders, Jeannie N. Shinozuka uncovers the emergence of biological nativism that fueled American imperialism and spurred anti-Asian racism that remains with us today.

Shinozuka provides an eye-opening look at biotic exchanges that not only altered the lives of Japanese in America but transformed American society more broadly. She shows how the modern fixation on panic about foreign species created a linguistic and conceptual arsenal for anti-immigration movements that flourished in the early twentieth century. Xenophobia inspired concerns about biodiversity, prompting new categories of “native” and “invasive” species that defined groups as bio-invasions to be regulated—or annihilated. By highlighting these connections, Shinozuka shows us that this story cannot be told about humans alone—the plants and animals that crossed with them were central to Japanese American and Asian American history. The rise of economic entomology and plant pathology in concert with public health and anti-immigration movements demonstrate these entangled histories of xenophobia, racism, and species invasions.

“This book will broaden the reader's understanding of botany, the nursery trade, and invasive species regulations while offering rare insights into the different historical figures and groups that have shaped the story. . . . Highly recommended.”

"An original, important, and exciting scholarly work. Shinozuka supports her thesis and its claims with abundant examples scoured from an extensive collection of archives. But this is no mere empirical study. Its strength is in Shinozuka's theoretical scaffolding, deftly concealed, that undergirds her reading of historical sources. The result is a compelling narrative that is informed by this theory, and that never loses the reader. This is a highly readable book with a powerful argument, and a story about the Japanese American experience that needs to be told."