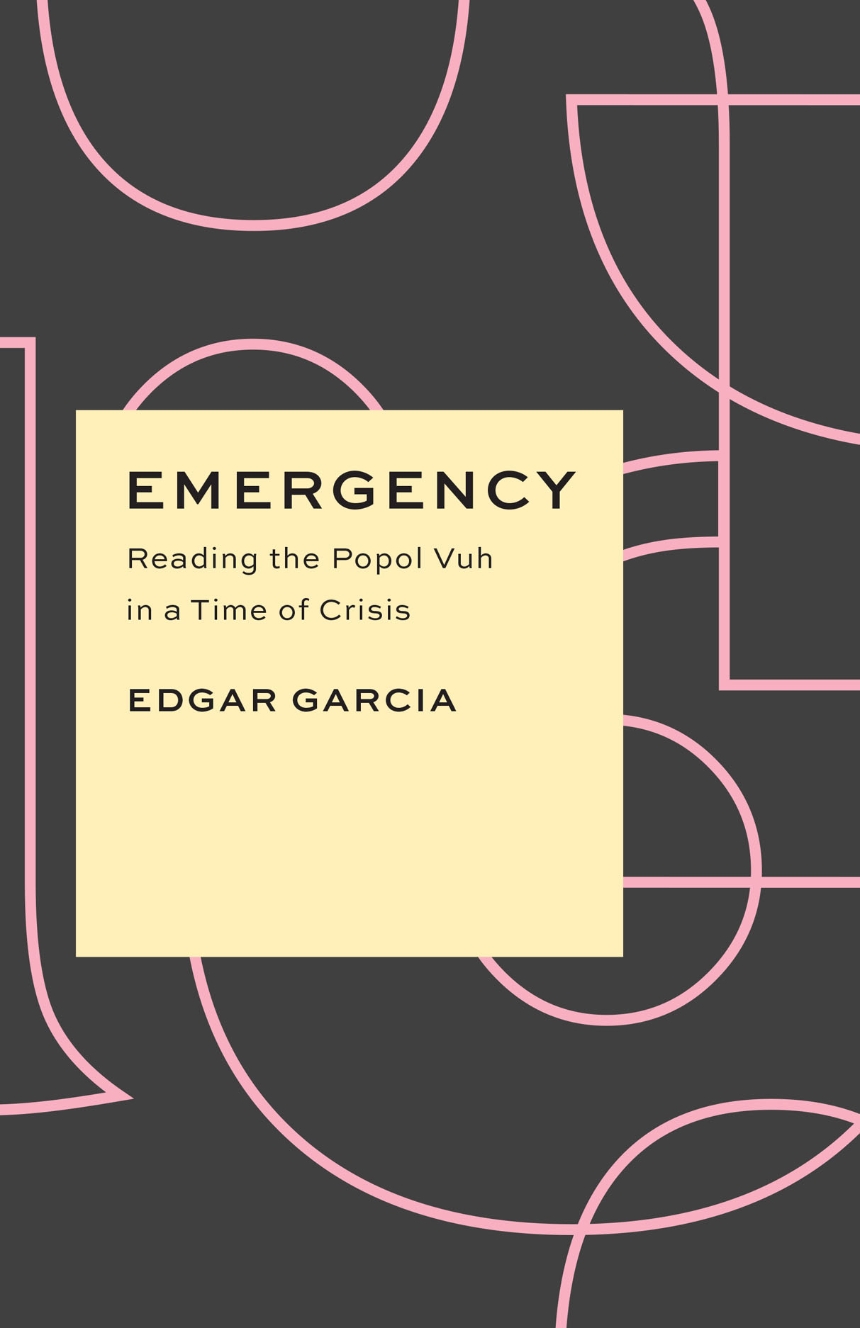 Reading the Popol Vuh in a Time of Crisis

Reading the Popol Vuh in a Time of Crisis

Written during the lockdown in Chicago in the depths of the COVID-19 pandemic, these essays consider the Popol Vuh as a work that was also written during a time of feverish social, political, and epidemiological crisis as Spanish missionaries and colonial military deepened their conquest of indigenous peoples and cultures in Mesoamerica. What separates the Popol Vuh from many other creation texts is the disposition of the gods engaged in creation. Whereas the book of Genesis is declarative in telling the story of the world’s creation, the Popol Vuh is interrogative and analytical: the gods, for example, question whether people actually need to be created, given the many perfect animals they have already placed on earth.

Emergency uses the historical emergency of the Popol Vuh to frame the ongoing emergencies of colonialism that have surfaced all too clearly in the global health crisis of COVID-19. In doing so, these essays reveal how the authors of the Popol Vuh—while implicated in deep social crisis—nonetheless insisted on transforming emergency into scenes of social, political, and intellectual emergence, translating crisis into creativity and world creation.

“Garcia contributes a penetrating and eloquent exposition of a unique document of the indigenous Americas. He shows how the Popol Vuh extends our understanding of oppression and ecological ruin in our time.”

Alphonso Lingis, author of Irrevocable: A Philosophy of Mortality

“In this brilliant exegesis, Garcia reveals the Popol Vuh as a living document, a dialogical story of creation crafted in conditions of colonial emergency, which still bears urgent relevance today. Consisting of a series of short and lyrical essays on a wide range of topics, Emergency is a thought-provoking commentary essential for anyone who engages with this foundational text.”

Claudia Brittenham, author of The Murals of Cacaxtla: The Power of Painting in Ancient Central Mexico

“I would like to believe that the exquisite tapestry of this book, which weaves together history, myth, philosophical reflection, and literary criticism, heralds a new era of poetic scholarship in the humanities (‘poetic’ in Vico’s sense). We are in need of this kind of imaginative reanimation of our academic vocation.”

Robert Pogue Harrison, author of Juvenescence: A Cultural History of Our Age