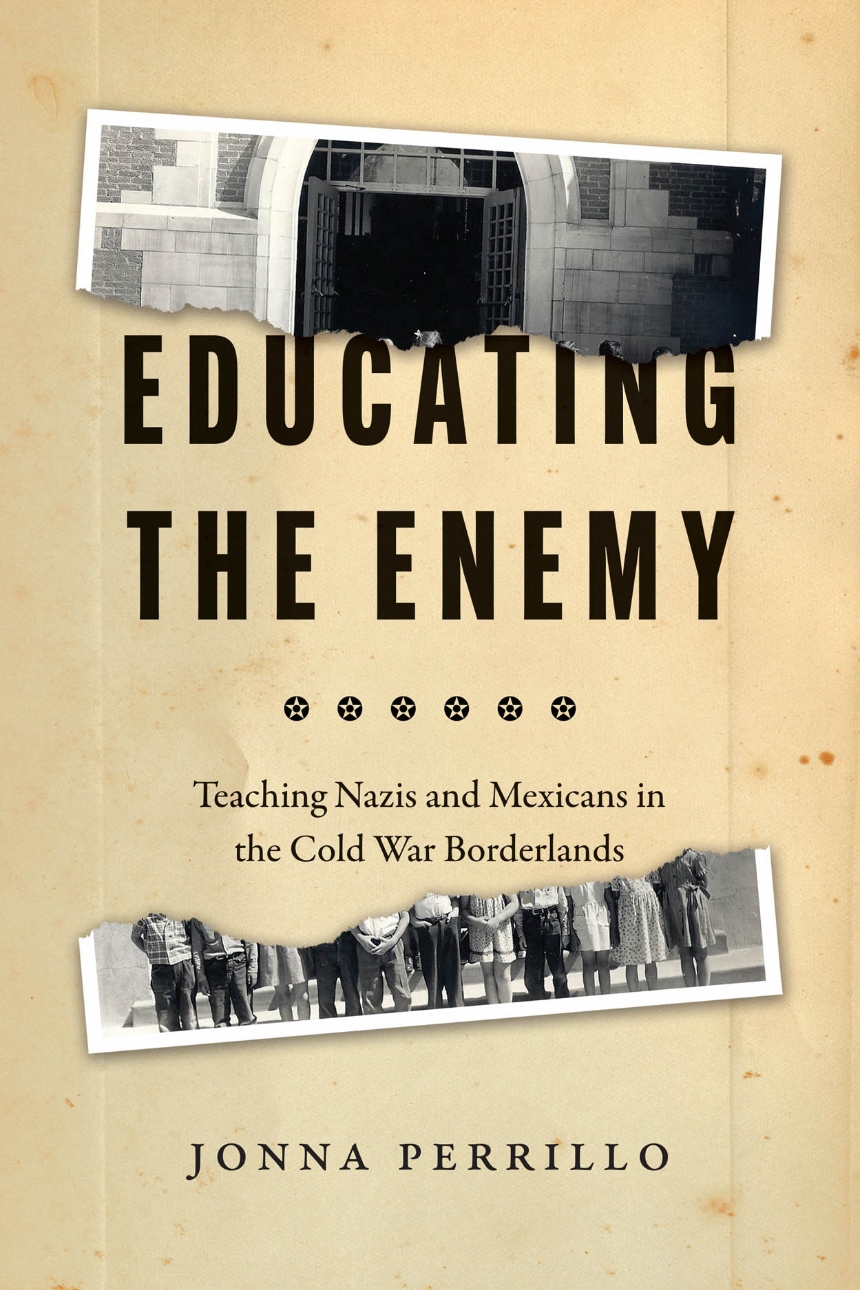 Teaching Nazis and Mexicans in the Cold War Borderlands

Teaching Nazis and Mexicans in the Cold War Borderlands

Compares the privileged educational experience offered to the children of relocated Nazi scientists in Texas with the educational disadvantages faced by Mexican American students living in the same city.

Educating the Enemy begins with the 144 children of Nazi scientists who moved to El Paso, Texas, in 1946 as part of the military program called Operation Paperclip. These German children were bused daily from a military outpost to four El Paso public schools. Though born into a fascist enemy nation, the German children were quickly integrated into the schools and, by proxy, American society. Their rapid assimilation offered evidence that American public schools played a vital role in ensuring the victory of democracy over fascism.

Jonna Perrillo not only tells this fascinating story of Cold War educational policy, but she draws an important contrast with another, much more numerous population of children in the El Paso public schools: Mexican Americans. Like everywhere else in the Southwest, Mexican American children in El Paso were segregated into “Mexican” schools, where the children received a vastly different educational experience. Not only were they penalized for speaking Spanish—the only language all but a few spoke due to segregation—they were tracked for low-wage and low-prestige careers, with limited opportunities for economic success. Educating the Enemy charts what two groups of children—one that might have been considered the enemy, the other that was treated as such—reveal about the ways political assimilation has been treated by schools as an easier, more viable project than racial or ethnic assimilation.

Listen to an interview with the author here and read an interview in Time and a piece based on the book in the Boston Review.

“Educating the Enemy presents a meticulously researched  argument that offers an original multiracial and multiethnic perspective on the US Southwest told through the schooling experiences of the 150 Paperclip children in El Paso, TX.”

“Educating the Enemy isn’t only a fascinating case study of Operation Paperclip, it’s also a damning condemnation of a racial and educational system in the United States that found more in common between white Americans and former Nazis, than between white Americans and their Mexican American neighbors. It’s a timely contribution to thinking about how we continue to treat Mexican Americans, Mexican immigrants, and Latinos in general as dangerous outsiders.”

"Educating the Enemy is an extraordinary story about the children of Nazi scientists who after the war relocated to the Mexican American city of El Paso. Cold war meets the border. Simply put: This is a remarkable book, meticulously researched, studded with insights about the border and how its bilingual, bicultural world shaped these children. Perrillo constructs a vivid, compelling narrative that shines a rare light on a community long misunderstood. Bravo!"

Introduction
1. The Fight for Civilization
2. Something New in the Territory: Race, Space, and Schooling in the Borderlands
3. At Home on the Range: Civics and Civilization
4. The Promise and Peril of Bilingualism: Language Learning in El Paso Schools
5. Devoted to the Child: Education and the Politics of Children’s Care
Epilogue
Acknowledgments
Abbreviations
Notes
Selected Bibliography
Index