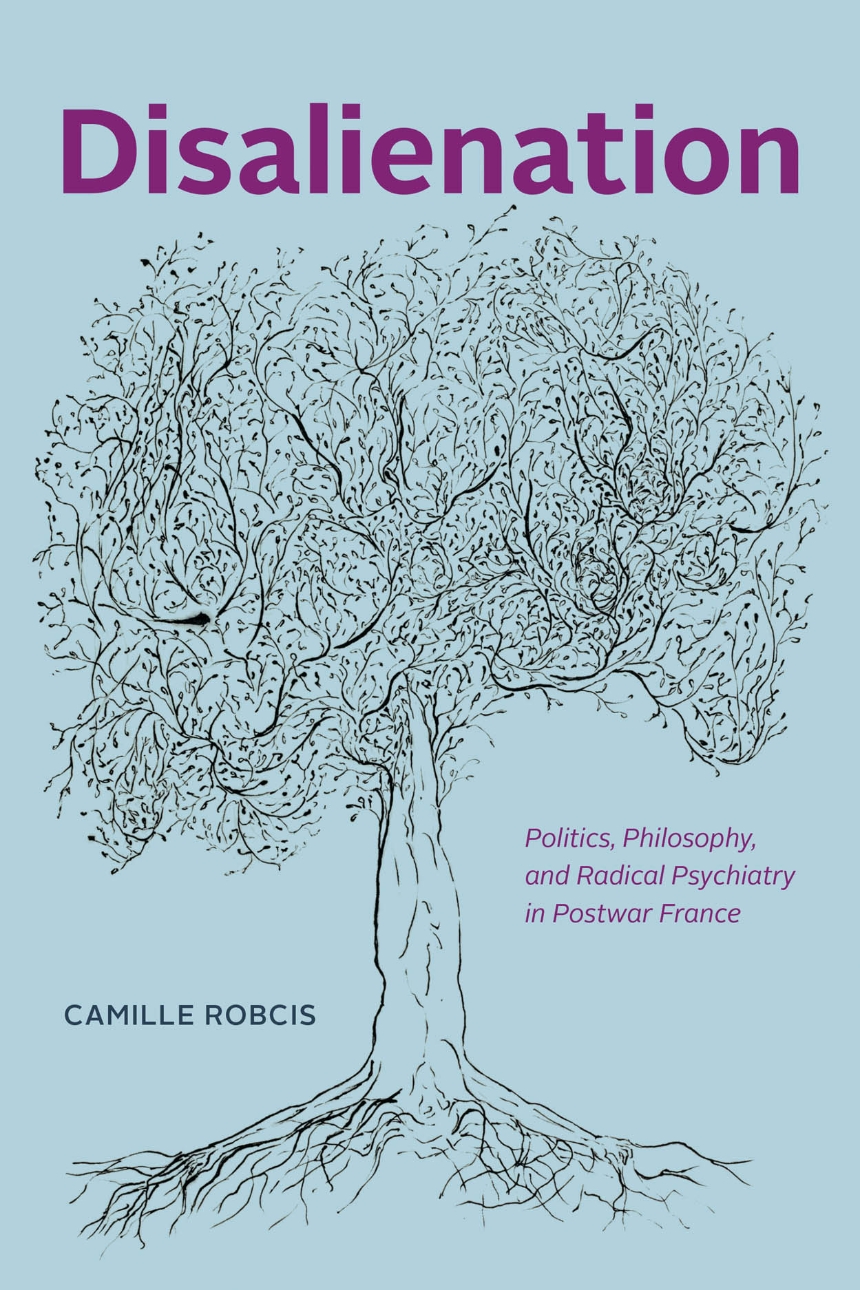 From 1940 to 1945, forty thousand patients died in French psychiatric hospitals. The Vichy regime’s “soft extermination” let patients die of cold, starvation, or lack of care. But in Saint-Alban-sur-Limagnole, a small village in central France, one psychiatric hospital attempted to resist. Hoarding food with the help of the local population, the staff not only worked to keep patients alive but began to rethink the practical and theoretical bases of psychiatric care. The movement that began at Saint-Alban came to be known as institutional psychotherapy and would go on to have a profound influence on postwar French thought.

In Disalienation, Camille Robcis grapples with the historical, intellectual, and psychiatric meaning of the ethics articulated at Saint-Alban by exploring the movement’s key thinkers, including François Tosquelles, Frantz Fanon, Félix Guattari, and Michel Foucault. Anchored in the history of one hospital, Robcis's study draws on a wide geographic context—revolutionary Spain, occupied France, colonial Algeria, and beyond—and charts the movement's place within a broad political-economic landscape, from fascism to Stalinism to postwar capitalism.

“The central journey charted here is the rise and fall of ‘institutional psychotherapy’ – a model of psychiatric treatment developed by Francois Tosquelles, a psychiatrist who fled from Catalonia to Vichy France... In composing this narrative arc, Robcis feels in total command of her archival material. But what stands out is her articulation of the mediums and agencies that served to propel concepts in unison, while others were overshadowed and eclipsed. As a non-specialist, I was swept along by her ability to make clear, nuanced argument amid richly-textured contexts. The last chapter presents a thrilling account of how Foucault made parts of his own history disappear (though downplaying the extent to which he was once entangled amongst Saint Alban’s ideas-figures). Photographs and illustrations add to the sense of ideas being made manifest in material form – through architecture, posters, letters and artworks – as well as embodied by doctors and patients through their densely-woven (dis)associations... This dynamic approach marks this book out from others that take a more detached stance on what ‘French Theory’ is and how it can be understood – it is far more relational, playful and in sync with the spirit of her protagonists (and less ‘French’ too).”

"[A] brilliant new book. . . . What is perhaps most effective about Robcis’s approach to the topic is he rdemonstration of the importance of historical context and contingency: she is not only a keen interpreter of difficult concepts, but also an outstanding historian."

"As Camille Robcis shows in her brilliant study of mid-twentieth century radical psychiatry, some of the most incisive critiques of the profession emerged from within its ranks during and after the war. Men like François Tosquelles, Frantz Fanon, Felix Guattari and Jean Oury sought to remake psychiatry in such a way as to challenge the very hierarchies that the discipline had long supported. . . . One of the great strengths of Robcis’ argument is her insistence that radical psychiatry was as much about politics as the psyche—an argument that would have appealed to radical psychotherapists themselves."

"An intricate exploration of the political and theoretical dimensions of institutional psychotherapy, the reform movement that began at Saint-Alban; and of the intellectual legacies of its adherents. These include several major 20th-century thinkers whose well-known philosophical works, Robcis argues, owe more to their backgrounds in psychiatry than many of their contemporary readers may realize."

"Fascism and collaboration with it are not just political choices: they also demand a particular state of mind. In this study of institutional psychotherapy in postwar France, Robcis presents us a gripping and wide-ranging analysis of authoritarianism’s entanglements with histories of colonialism and violence. Configuring institutional psychotherapy as a form of political theory, Robcis deterritorializes psychoanalysis. In the process, she brings together the psychic and the political, the asylum and the colony, and the mother and the motherland."

"This is a superb history of how the theory and praxis of institutional psychotherapy inflects the work of French thinkers. Robcis reframes the intellectual history of a strain of French theory by explaining not only the influence of institutional therapy and antipsychiatry on the works of diverse thinkers, but also the deep political and affective commitments that infuse and shape them. It is an insightful account of the constellation out of which emerged some of the most consequential ideas in late-twentieth-century French thought. An impressive achievement."

Carolyn J. Dean, author of The Moral Witness: Trials and Testimony after Genocide

"As Robcis re-creates the imaginative and practical contexts in which a profound revolution in psychiatric care was implemented at the nexus of antifascism, Surrealism, resistance to Nazi occupation, and decolonial insurgency, she models a marvelously fresh approach to intellectual history, with genuinely new takes on such iconic figures as Fanon, Foucault, and Guattari. Disalienation clarifies, from myriad vantages, the constant inextricability of psychic and political processes."

Introduction: A Politics of Madness

2—Frantz Fanon, the Pathologies of Freedom, and the Decolonization of Institutional Psychotherapy

3—Félix Guattari, La Borde, and the Search for Anti-oedipal Politics

Epilogue: The Hospital as a Laboratory of Political Invention