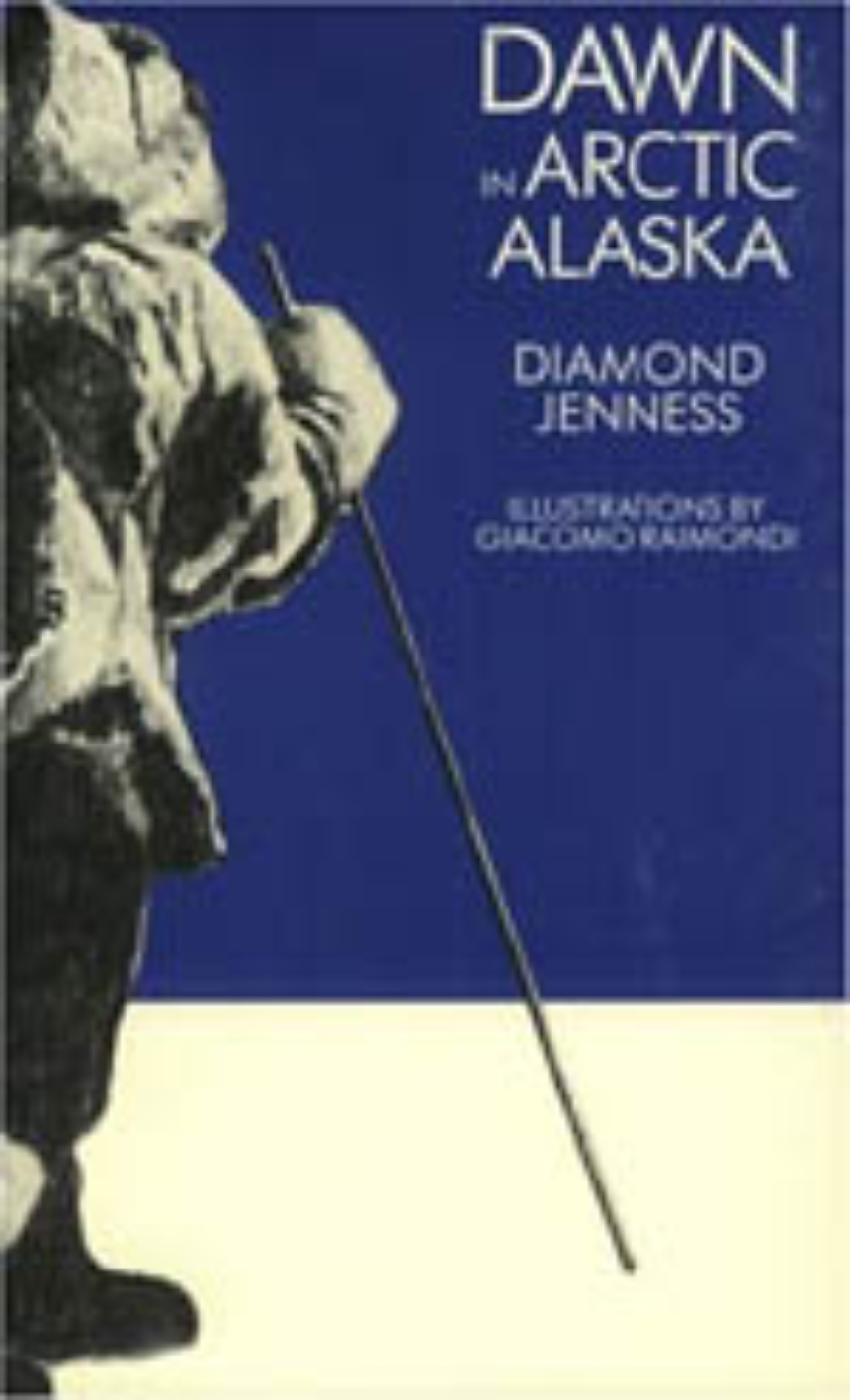 With Illustrations by G. Raimondi
"The Karluk had disappeared. Whether the vessel had freed itself from the ice and steamed eastward, or whether, still imprisoned, it had been carried by the ice westward, we could not know. In any case it was gone, leaving our hunting party of six men marooned on a sandy islet surrounded by thin ice and open water. The wind finally died away, in the calm air the water rapidly froze over again, and on September 30 we crossed with our two sleds to the mainland."

In 1913 a young ethnologist from New Zealand boarded a ship for the Arctic, beginning a personal journey that was to make Diamond Jenness one of the twentieth century’s foremost authorities on Alaskan Eskimos. Jenness had been asked to join the Stefansson expedition, and his official duties were to collect ethnographic details on the Eskimos—their culture, technology, religion, and social organization. His account of the expedition was published as People of the Twilight in 1928, but Jenness also kept a diary of his three years among the Eskimos. He was eventually persuaded to publish it as Dawn in Arctic Alaska.

Predating the genre of personal ethnographies that has become so popular and important today, Jenness’s tales blend his keen observations of the Arctic and its people with his own reflections and sensory experiences. He expresses great adimiration for the customs and character of the Eskimos and great regret and disappointment over the destruction of their lifeway through contact with white men.