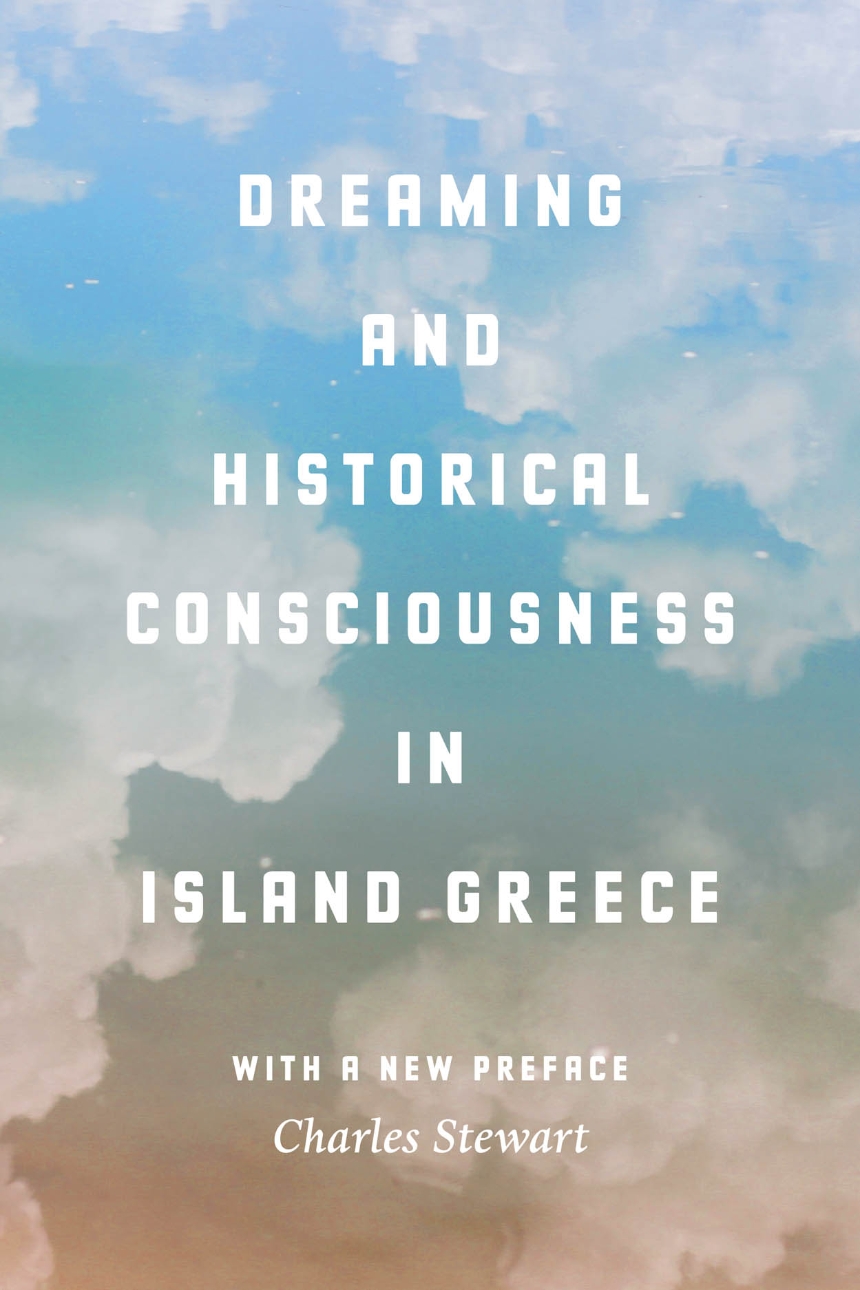 With a New Preface
On publication in 2012, Dreaming and Historical Consciousness in Island Greece quickly met wide acclaim as a gripping work that, according to the Times Literary Supplement, “offers a wholly new way of thinking about dreams in their social contexts.” It tells an extraordinary story of spiritual fervor, prophecy, and the ghosts of the distant past coming alive in the present. This new affordable paperback brings it to the wider audience that it deserves.

Charles Stewart tells the story of the inhabitants of Kóronos, on the Greek island of Naxos, who, in the 1830s, began experiencing dreams in which the Virgin Mary instructed them to search for buried Christian icons nearby and build a church to house the ones they found. Miraculously, they dug and found several icons and human remains, and at night the ancient owners of them would speak to them in dreams. The inhabitants built the church and in the years since have experienced further waves of dreams and startling prophesies that shaped their understanding of the past and future and often put them at odds with state authorities. Today, Kóronos is the site of one of the largest annual pilgrimages in the Mediterranean. Telling this fascinating story, Stewart draws on his long-term fieldwork and original historical sources to explore dreaming as a mediator of historical change, while widening the understanding of historical consciousness and history itself.

“It is hard to convey in brief the subtlety, delicacy, and care with which anthropologist Stewart pursues and historicizes the elusive treasures and dream-myths in which for two centuries the villagers of Koronos have invested so much. . . . His book is itself a treasure. Summing up: highly recommended.”

“In his extraordinary Dreaming and Historical Consciousness in Island Greece, Charles Stewart offers a wholly new way of thinking about dreams in their social contexts . . . and Stewart has a gripping story to tell.”

“Stewart provides a localized view of modern Greek history that gets at different epistemologies and ontologies that may remain barely covered over by modernist historicizing practices. Its implications for understanding similar practices elsewhere, however, mean that this book will resonate well beyond the anthropology of contemporary Greece.”

"If you are interested in dreams, this book will be a wealth of information."

“This book tells a great story, thoroughly researched, lucidly narrated, and touched with the author’s affection for the people of Naxos. It is a book about the social reality of dreams, about the building of community through shared miracles and revelations, and about the economic and political consequences of faith and hope, played out as a contest between the people and their Church. This is a Greece not advertised to the tourist and seldom visible to them. It is history as ethnography of the past, a tale of causes and effects, carried down to current realities.”

Preface to the Paperback Edition

1 Historical Consciousness and the Ethnography of History

2 Dreaming and Temporality in Greece

3 Dreaming of Buried Icons in the Kingdom of Greece

4 An Epidemic of Dreaming

5 A Cosmology of Discovery

6 The Fortunes and Misfortunes of Emery

8 Buried Objects: Dreaming, Excavating, and Imagining the Past