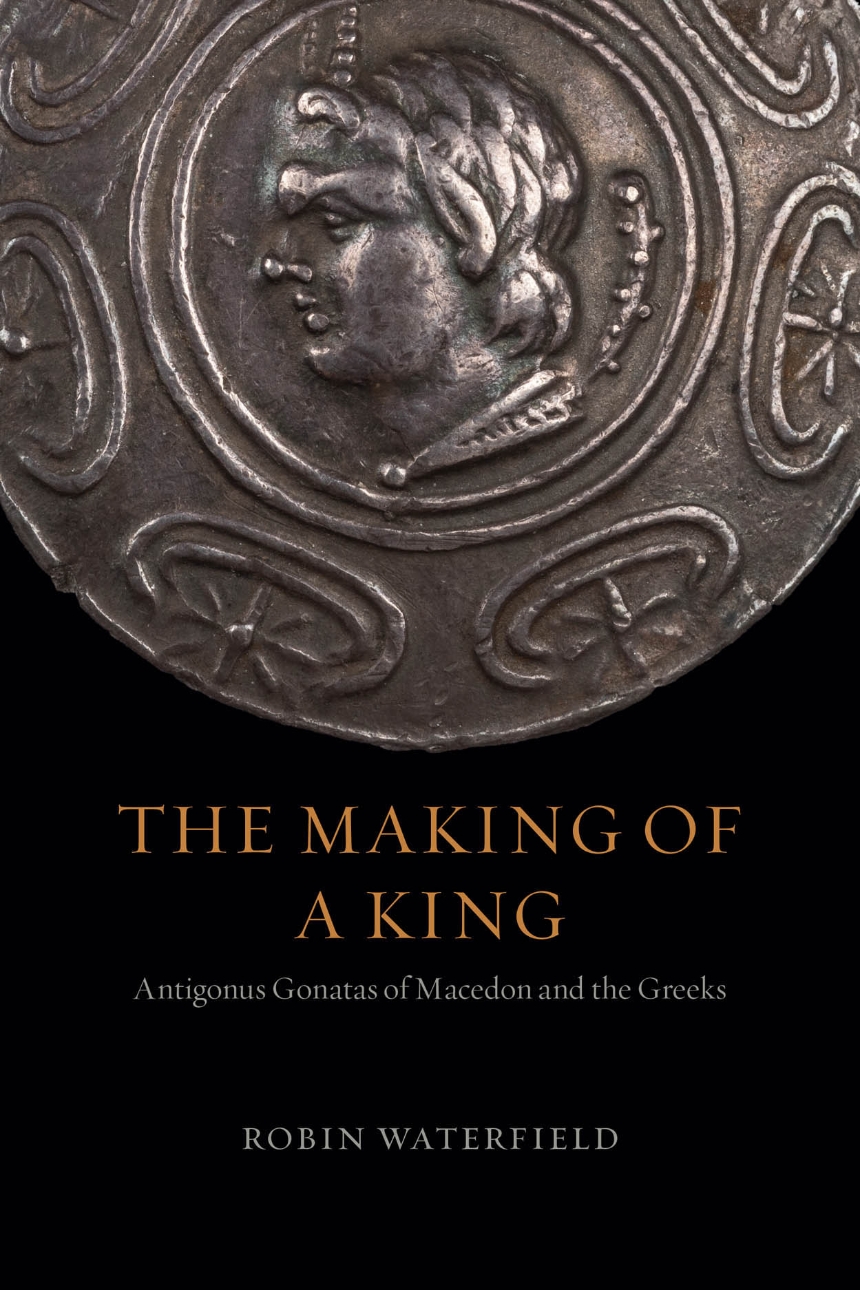 The Making of a King

Antigonus Gonatas of Macedon and the Greeks

The Making of a King

Antigonus Gonatas of Macedon and the Greeks

In the third century BCE, the ancient kingdom of Macedon held dominion over mainland Greece, but it was rapidly descending into chaos. After Alexander the Great’s death, several of his successors contended for the Macedonian throne, and amid the tumult the Celts launched a massive invasion, ravaging and plundering Macedon and northern Greece for years. The Celts finally met their defeat at the hands of Antigonus Gonatas, son of one of Alexander’s successors. An exceptional statesman and artful strategist, Antigonus protected Macedon and its Greek territories against aggressors coming from every direction. After almost fifty years of chaos brought on by Alexander’s death, Antigonus stabilized Macedon and Greece and laid the foundation for a long but troubled reign.

In this book, distinguished historian Robin Waterfield draws on his deep understanding of Greek history to bring us into the world of this complicated, splintered empire. He shows how, while Antigonus was confirming his Macedonian rule through constitutional changes, the Greeks were making moves toward independence. Two great confederacies of Greek cities emerged, forming powerful blocs that had the potential to resist the power of Macedon. The Making of a King charts Antigonus’s conflicts with the Greeks and with his perennial enemy, Ptolemy of Egypt. But Antigonus’s diplomatic and military successes were not enough to secure peace, and in his final years he saw his control of Greece whittled away by rebellion and the growing power of the Greek confederacies. Macedon’s lack of firm control over Greece ultimately made it possible for Rome to take its place as the arbiter of the Greeks’ future.

The Making of a King is Waterfield’s third volume about the Greeks in the era after Alexander the Great. Completing the story begun in his previous two books, Dividing the Spoils and Taken at the Flood, it brings Antigonus and his turbulent era to life. With The Making of a King—the first book in more than a century to tell in full the story of Antigonus Gonatas’s reign—this fascinating figure finally receives his due.

"Waterfield wisely takes the city states of European Greece as the backdrop for Antigonus’ life and the arena where his influence was principally felt. The Making of a King is only in part a biography of Antigonus. It also details the decline, economic devastation and political fragmentation of post-classical Greece, and makes plain why the Stoic and Epicurean schools, both founded during Antigonus’ youth, became so central to Greek intellectual life."

"Waterfield succeeds in putting forth a brilliantly written account of one of the least known and most underestimated figures in Greek history alongside the third-century historical context out of which he emerged. Both the general reader without any prior knowledge and the student who already knows his way around these issues will gain from this study. The third century needs more attention, and Waterfield has taken some very important steps to wake this period to life."

“General, patron of the arts, votary of the god Pan, generous king, and occasional tyrant, Antigonus Gonatas ruled the legendary Kingdom of Macedon, and Waterfield’s The Making of a King is the perfect introduction to this eccentric and exciting figure. Waterfield’s fame lies in is his ability to make sense and write enthralling accounts of the most perplexing periods of Greek and Roman history. The life and times of Antigonus Gonatas are such a labyrinth, rendered by Waterfield’s fierce intelligence and vibrant prose into a smooth road for the rejoicing reader.”

J. E. Lendon, author of Soldiers and Ghosts: A History of Battle in Classical Antiquity

“Not merely an impressive biography of Antigonus Gonatas but also an excellent introduction to the whole early Hellenistic era. The author combines meticulous research with an accessible writing style to bring to life an oft-neglected period of ancient history.”

Philip Matyszak, author of Forgotten Peoples of the Ancient World

“With a wealth of information, elegant prose, and wit, Waterfield presents a colorful image of Antigonus alongside other men and women of the era's royal families. He engages readers with anecdotes from Plutarch's Moralia and highlights comparisons with modern powers, bringing this rich ancient story to a new audience.”

“Waterfield blends biography and history to give a layered account of the events of the third century through the life, times, and character of Antigonus, one of the most successful of the Antigonid kings of Macedon. Antigonus’s rule of the Greeks is a defining feature of this period, but it has rarely been treated in such depth. Waterfield has done commendable work in opening third-century Greece and the Antigonid kingdom to a general audience."

Introduction: A Time of Transition

Part One
The Wilderness Years (319–276)
1. The Disarray of Macedon
2. The Pride of Sparta
3. The Democratic Spirit of Athens
4. The Vigor of Confederacies
5. The Empire of the Ptolemies