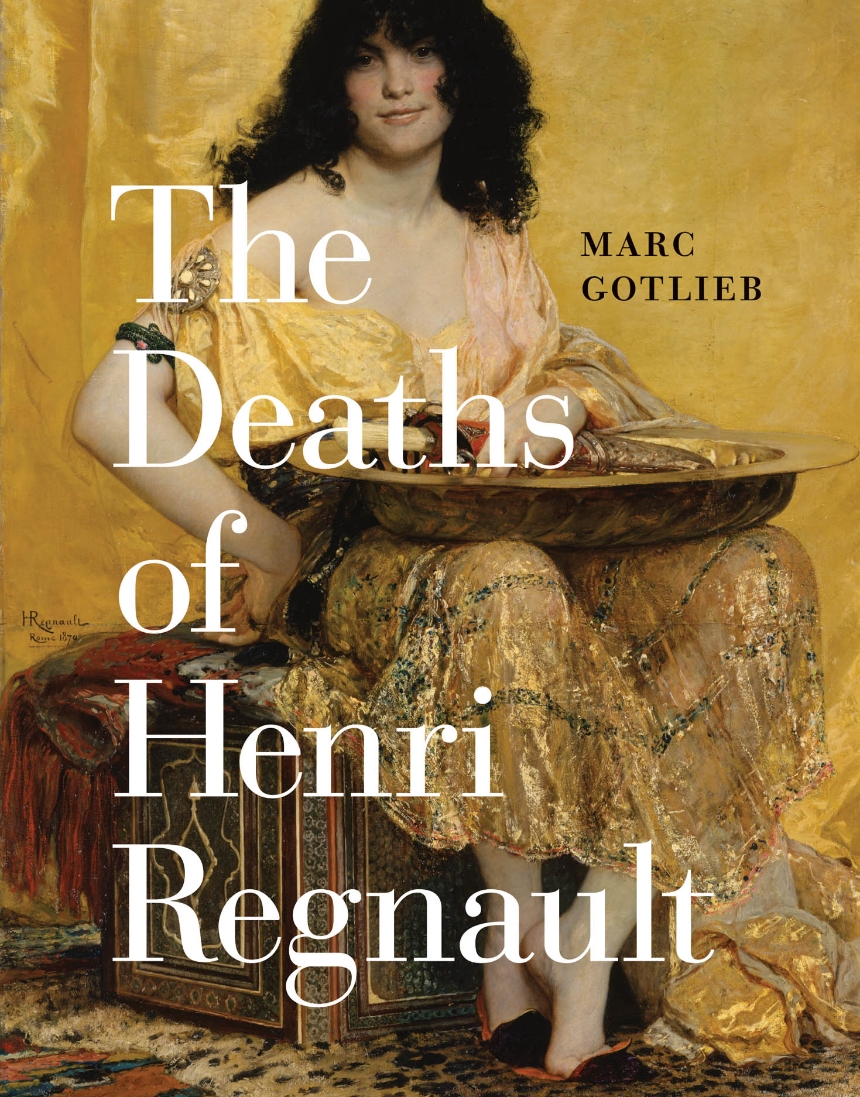 The Deaths of Henri Regnault

The Deaths of Henri Regnault

This is the first book in English on Henri Regnault (1843–71), a forgotten star of the European fin-de-siècle. A brilliant maverick who once seemed to hold the future of French painting in his hands, Regnault enjoyed a meteoric rise that was cut short when he died at the age of twenty-seven in the Franco-Prussian War. The story of his glamorous career and patriotic death colored French commemorative culture for nearly forty years—until his memory was swept away by the vast losses of World War I. In The Deaths of Henri Regnault, Marc Gotlieb reintroduces this important artist while offering a new perspective on the ultimate decline of nineteenth-century salon painting.

Gotlieb traces Regnault’s trajectory after he won the prestigious Grand Prix de Rome, a fellowship that provided four years of study in Italy. Arriving in Rome, however, Regnault suffered a profound crisis of originality that led him to flee the city in favor of Spain and Morocco. But the crisis also proved productive: from Rome, Madrid, Tangier, and Paris, Regnault enthralled audiences with a bold suite of strange, seductive, and violent Orientalist paintings inspired by his exotic journey—images that, Gotlieb argues, arose precisely from the crisis that had overtaken Regnault and that in key respects was shared by his more avant-garde counterparts.

Both an in-depth look at Regnault’s violent art and a vibrant essay on historical memory, The Deaths of Henri Regnault lays bare a creative legend who helped shape the collective experience of a generation.

"Gotlieb’s easy tone – scholarly parlance relaxed by down-to-earth interjection – is appropriate to a scholar who seeks to ‘attend less to the “what” than to the “how”’'....Humour is in any case unavoidable in this tale laced with ironies, but Gotlieb can also create his own, gently purposeful moments, such as the courteously indirect dig at a notable anti-orientalist. Certainly he succeeds in balancing much more than judging, giving rein to his own predilection for Regnault with only the very occasional superlative, or faint suggestion."

"Gotlieb himself acknowledges falling under Regnault’s 'spell,' and, if he does not convince everyone of his subject’s powers of enchantment, he nevertheless makes him seem well worth the effort, and tells a good story in the process."

"The Deaths of Henri Regnault stands out, even within a field to which new work is being contributed all the while. The book combines scholarship of exceptional thoughtfulness with a meditation of unprecedented originality on the nature of early death and historical memory."

“The first English-language book on this mid-nineteenth-century French painter, The Deaths of Henri Regnault will become an important reference with its many leads for art historians to pursue.”

Gotlieb skillfully positions Regnault as a central artistic and cultural figure in France during his short life and after his death. . .Gotlieb is particularly good at visual analysis of some paintings, like Execution without Judgment. . .The book’s reproductions are excellent. . .Gotlieb imparts impressive insights on the end of academic art and the creation of a mythic national hero.”

“It would be hard to think of another book that encompasses the oeuvre, career, and reputation of a particular artist, let alone one that handles the topic with such archival perspicuousness, better than Marc Gotlieb’s study of the ups and downs of Henri Regnault. It is nothing short of a tour de force.”

Hollis Clayson, author of Paris in Despair: Art and Everyday Life under Siege (1870–1871)

“The Deaths of Henri Regnault is a joy to read. Gotlieb portrays Regnault as a rambunctious rebel who sought out the sublime, an artist who escaped the outmoded requirements and inimitable canons of the French academy. At the same time, we learn that Regnault was concerned with some of the same fundamental pictorial problems as his modernist contemporaries. This book shows Regnault to be a critically significant artist, important for advancing the study of nineteenth-century art beyond the conventional academic-modernist divide.”

Martha Ward, coauthor of Looking and Listening in Nineteenth-Century France

“The Deaths of Henri Regnault is a terrific achievement—a brilliant and highly original study not just of the short career of an ambitious Orientalist  painter, but equally of the complex and fascinating vicissitudes of Regnault’s reputation following his heroic death in the Franco-Prussian War. It’s hard to know what to praise more—Gotlieb’s superb analyses of key paintings in the light of contemporaneous art criticism, his wide-ranging discussion of the larger context of the Orientalist obsession with light, or his painstaking and continually surprising excavation of responses to Regnault’s art and death from the 1870s to the present.”