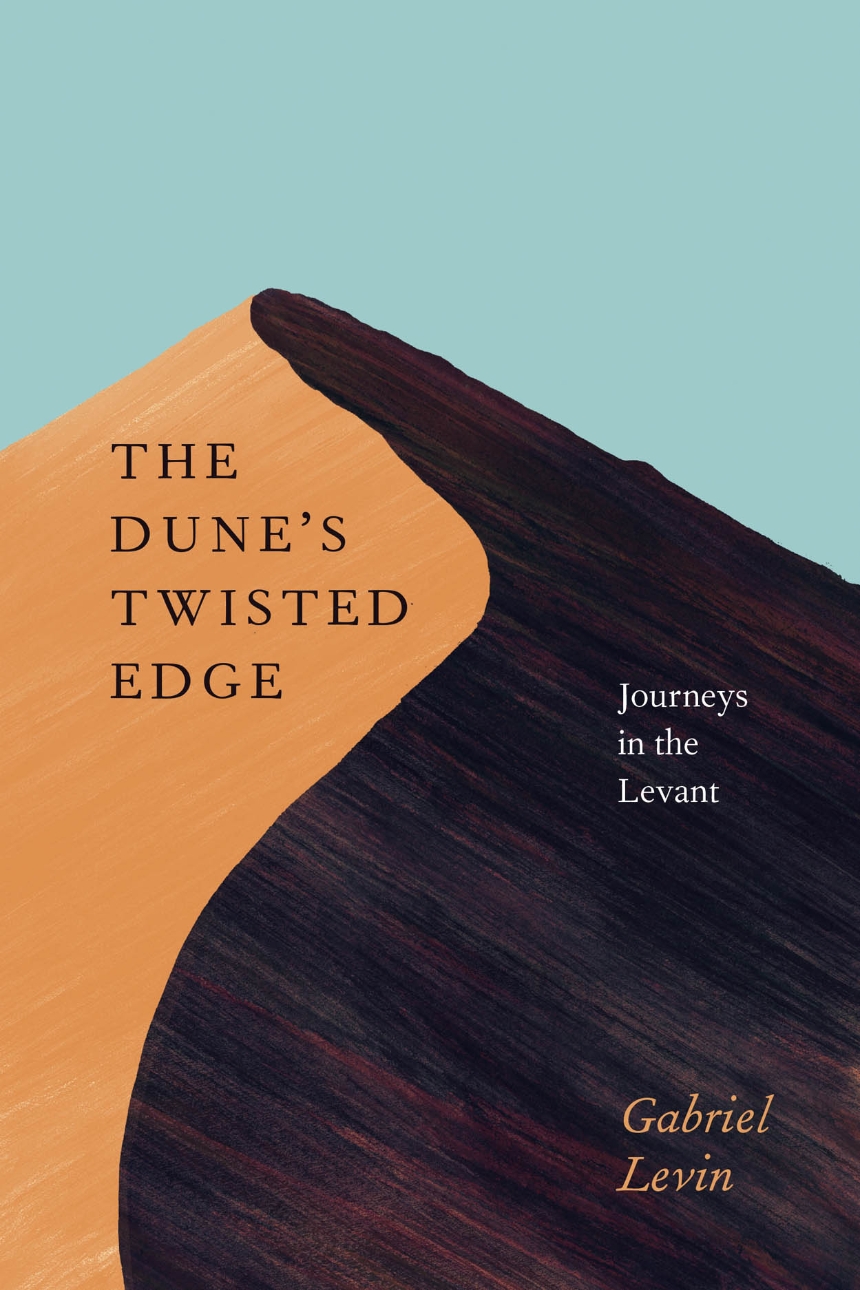 Journeys in the Levant

Journeys in the Levant

“How to speak of the imaginative reach of a land habitually seen as a seedbed of faiths and heresies, confluences and ruptures . . . trouble spot and findspot, ruin and renewal, fault line and ragged clime, with a medley of people and languages once known with mingled affection and wariness as Levantine?” So begins poet Gabriel Levin in his journeys in the Levant, the exotic land that stands at the crossroads of western Asia, the eastern Mediterranean, and northeast Africa. Part travelogue, part field guide, and part literary appreciation, The Dune’s Twisted Edge assembles six interlinked essays that explore the eastern seaboard of the Levant and its deserts, bringing to life this small but enigmatic part of the world.
Striking out from his home in Jerusalem in search of a poetics of the Fertile Crescent, Levin probes the real and imaginative terrain of the Levant, a place that beckoned to him as a source of wonder and self-renewal. His footloose travels take him to the Jordan Valley; to Wadi Rumm south of Petra; to the semiarid Negev of modern-day Israel and its Bedouin villages; and, in his recounting of the origins of Arabic poetry, to the Empty Quarter of Arabia where the pre-Islamic poets once roamed. His meanderings lead to encounters with a host of literary presences: the wandering poet-prince Imru al-Qays, Byzantine empress Eudocia, British naturalist Henry Baker Tristram, Herman Melville making his way to the Dead Sea, and even New York avant-garde poet Frank O’Hara. When he is not confronting ghosts, Levin finds himself stumbling upon the traces of vanished civilizations. He discovers a ruined Umayyad palace on the outskirts of Jericho, the Greco-Roman hot springs near the Sea of Galilee, and Nabatean stick figures carved on stones in the sands of Jordan. Vividly evoking the landscape, cultures, and poetry of this ancient region, The Dune’s Twisted Edge celebrates the contested ground of the Middle East as a place of compound myths and identities.

“Gabriel Levin’s book is a journey through time and through entrenched animosities of the Middle East. What’s astonishing and refreshing is his ability to combine the reporter’s perspective with a deep knowledge of poetry, including pre-Islamic Arab poems. A brilliant poet is at work here—a poet in the rugged landscape of conflict and pain.”

“Rarely does such a broad and deep range of poetic knowledge meet up with a masterly, exquisite writer of prose. Gabriel Levin’s exploration of many layers of the Holy Land and its ‘Levantine’ surroundings opens not only the Bible anew, but the origins of Western literature—from its ancient Greek modes to our uses of them in contemporary literary modes. Gabriel Levin is our major critic of how poetry today shapes up in the larger perspective of historical origins.”

David Rosenberg, author of An Educated Man: A Dual Biography of Moses and Jesus

“Positioning himself within an actual and metaphorical landscape as universal as human history, radically revisioning traditions in our inherited literature as deep as any, Gabriel Levin has given us in The Dune’s Twisted Edge what is unquestionably a masterpiece.”

“Gabriel Levin has written an extraordinarily beautiful book: erudite, informative, always engaging, at times lyrically charged and at others clear-eyed, resonant, nuanced. He is a true scholar-poet, and I can’t imagine a better guide to the intricacies and truancies of the Levant. He doesn’t eschew politics, but rather incorporates all the difficulties of the region into a subtle conversation. His susurrant sentences hold more wisdom than all the wild gesticulating and yelling with which we have become so familiar. In the Levant, as he carefully observes, a common sparrow with feathers dusted red from perching on ledges of Nubian sandstone can appear rare and exotic. Levin negotiates the space between what is and what appears to be with dexterity and charm. The Dune’s Twisted Edge allows us to see through the dust of history, politics, literature, and art in a place where despite the high sun and arid desert it often feels as if nothing can be seen clearly at all.”

“Readers who share Levin’s Romantic sensibilities and interest in the Levant will appreciate the lucidity of Levin’s musings and the nuance of his perspective.”

“Gabriel Levin offers a privileged glimpse into otherwise closed words, and he does this with brio, wit, and a gently ironic sensibility. Each essay in The Dune’s Twisted Edge is distinctive and memorable, but taken together they form a compelling pattern that arises from Levin’s strong affinity for landscape. This isn’t only because he is so good at evoking the varied terrains in which he moves, but also because of the central and abiding insight of the book: that landscape and language are mysteriously conjoined.”

Eric Ormsby, author of Ghazali: The Revival of Islam

“Levin [travels] equally through space and literature, tasting of each realm by turn, with not one iota of the dogmatism of those who would impose what can and cannot be experienced so as not to be considered ‘Orientalist.’ This is the importance of this book, which shows that the profound beauty of the sites met by the traveler throughout the Levant is not to be found in the object itself, but rather depends on the ability to see these sites as literary landmarks and as souvenirs of culture.”

“Levin weaves history into rich and immediate descriptions of place. . . . [An] elegant collection.”

“The five essays that make up this book . . . excavate the historical and literary roots of contemporary Israeli culture, Jewish and especially Arab, in order to show that today’s entrenched divisions are not eternal. . . . It is reassuring to know that in a land of walls, a poet, at least, is able to cross borders freely.”

“Provocative, delightful and deeply rewarding. . . . The poet proves himself an inspired travel and nature writer as he describes his visits to remote desert canyons, ancient sacred hot springs and Bedouin encampments. . . . When Levin is puzzling over ancient Nabatean petrographs in the desert or chasing down an inscription attributed to the Empress Eudocia in the Hamat Gader baths near Tiberias, the reader is utterly engaged and even charmed.”

Preface: All Things Levantine
Seeking a Poetics of the Fertile Crescent
Hezekiah’s Tunnel
“Who Keened over the Bones of Dead Encampments”
Attir
Notes from Wadi Rumm
Galilean Centos
Notes