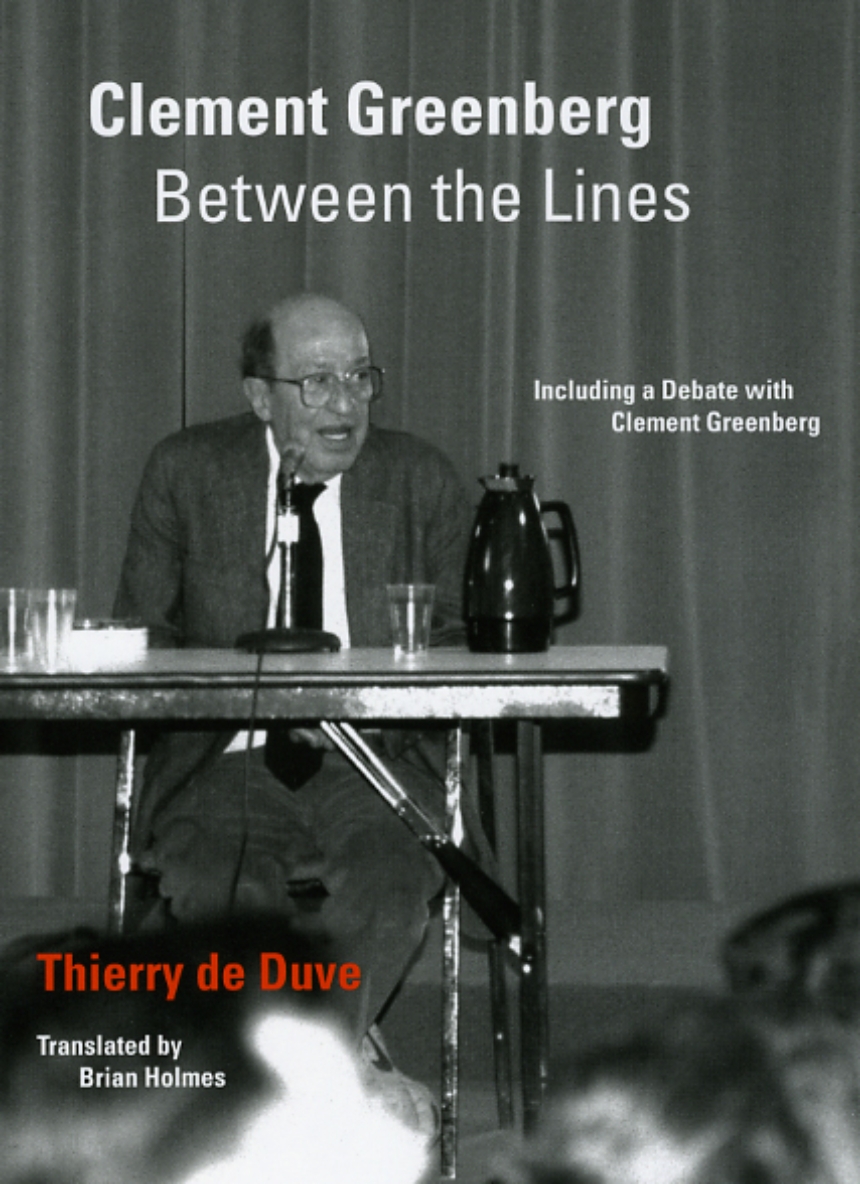 Clement Greenberg Between the Lines

Including a Debate with Clement Greenberg

Clement Greenberg Between the Lines

Including a Debate with Clement Greenberg

Clement Greenberg (1909–1994), champion of abstract expressionism and modernism—of Pollock, Miró, and Matisse—has been esteemed by many as the greatest art critic of the second half of the twentieth century, and possibly the greatest art critic of all time. This volume, a lively reassessment of Greenberg’s writings, features three approaches to the man and his work: Greenberg as critic, doctrinaire, and theorist. The book also features a transcription of a public debate with Greenberg that de Duve organized at the University of Ottawa in 1988. Clement Greenberg Between the Lines will be an indispensable resource for students, scholars, and enthusiasts of modern art.

“In this compelling study, Thierry de Duve reads Greenberg against the grain of the famous critic’s critics—and sometimes against the grain of the critic himself. By reinterpreting Greenberg’s interpretations of Pollock, Duchamp, and other canonical figures, de Duve establishes new theoretical coordinates by which to understand the uneasy complexities and importance of Greenberg’s practice.”  John O’Brian, editor of Clement Greenberg: The Collected Essays and Criticisms

“De Duve is an expert on theoretical aesthetics and thus well suited to reassess the formalist tenets of the late American art critic’s theory on art and culture. . . . De Duve’s close readings of Greenberg . . . contain much of interest, and the author clearly enjoys matching wits with ‘the world’s best known art critic.’”   Library Journal

Acknowledgments Preface: The Three Greenbergs The Paths of Criticism Silences in the DoctrineWavering Reflections