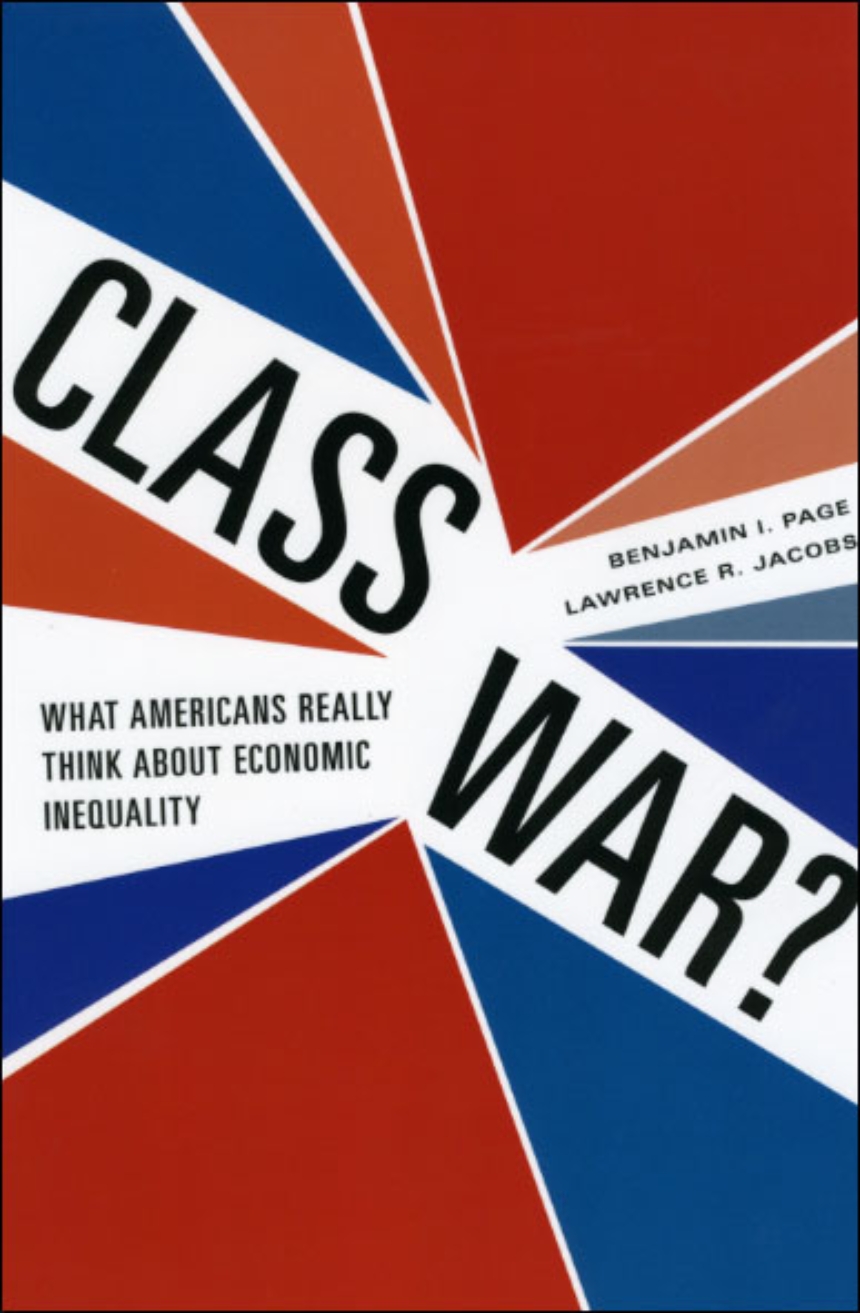 At every income level and in both major political parties, majorities embrace conservative egalitarianism—a philosophy that prizes individualism and self-reliance as well as public intervention to help Americans pursue these ideals on a level playing field. Drawing on hundreds of opinion studies spanning more than seventy years, including a new comprehensive survey, Page and Jacobs reveal that this worldview translates to broad support for policies aimed at narrowing the gap between rich and poor and creating genuine opportunity for all. They find, for example, that across economic, geographical, and ideological lines, most Americans support higher minimum wages, improved public education, wider access to universal health insurance coverage, and the use of tax dollars to fund these programs.

In this surprising and heartening assessment, Page and Jacobs provide our new administration with a popular mandate to combat the economic inequity that plagues our nation.

"Helps to clarify why alarmist denunciations of higher taxation and (shudder!) ’redistribution of the wealth’ just won’t cut it. The publication of Class War? What Americans Really Think About Economic Inequality by Benjamin I. Page and Lawrence R. Jacobs could not be better timed."

"Page and Jacobs offer an excellent synthesis of Americans’ majority views, demonstrating, at least in the short term, broad agreement on an active government role in reducing inequality, within the context of providing opportunity in a free-market economy."

"... succeeds in throwing off the shackles of academic discourse and speaking directly to readers, but its effectiveness nevertheless rests on meticulous analysis of survey data and opinion polling on economic equality."