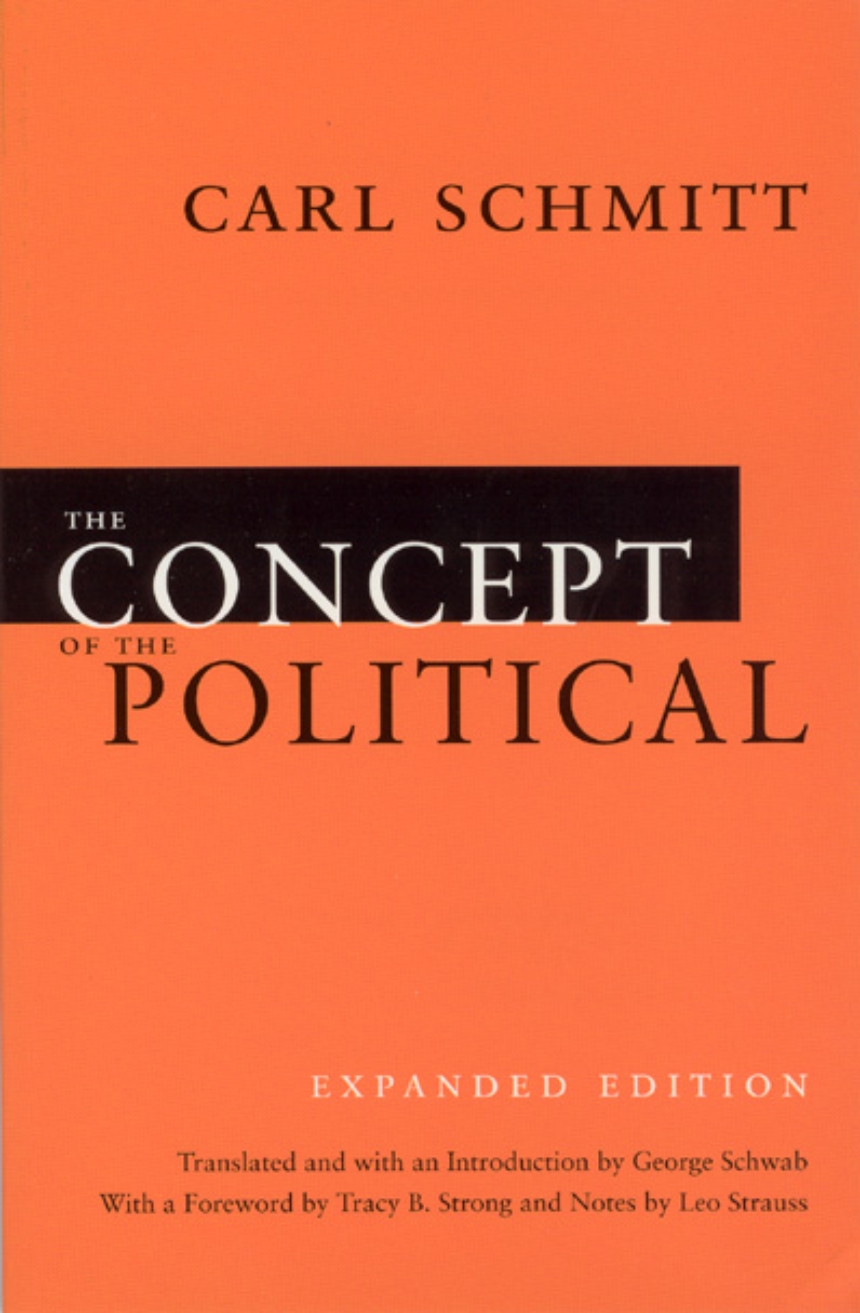 The Concept of the Political

The Concept of the Political

Translated and with an Introduction by George Schwab
With a new Foreword by Tracy B. Strong and Notes by Leo Strauss
In this, his most influential work, legal theorist and political philosopher Carl Schmitt argues that liberalism’s basis in individual rights cannot provide a reasonable justification for sacrificing oneself for the state—a critique as cogent today as when it first appeared. George Schwab’s introduction to his translation of the 1932 German edition highlights Schmitt’s intellectual journey through the turbulent period of German history leading to the Hitlerian one-party state. In addition to analysis by Leo Strauss and a foreword by Tracy B. Strong placing Schmitt’s work into contemporary context, this expanded edition also includes a translation of Schmitt’s 1929 lecture “The Age of Neutralizations and Depoliticizations,” which the author himself added to the 1932 edition of the book. An essential update on a modern classic, The Concept of the Political, Expanded Edition belongs on the bookshelf of anyone interested in political theory or philosophy.

“Contains much of what is fundamental in Schmitt’s understanding of the political nature of man and the state, including his contentious definition of the political as the distinction between friend and enemy. . . . Its scholarship is unquestionable.”

“The best introduction to Schmitt’s thought.”

"Arguably Schmitt’s most influential work was The Concept of the Political, a short essay with a lasting legacy, recognised as one of the most important tracts of modern political thought."

"This foundational work is now available in an 'expanded edition' from University of Chicago Press. . . . Minor disagreements over terms fade . . . in light of the superb job Schwab has done rendering Schmitt's long, multi-clausal German sentences into concise, pellucid English."