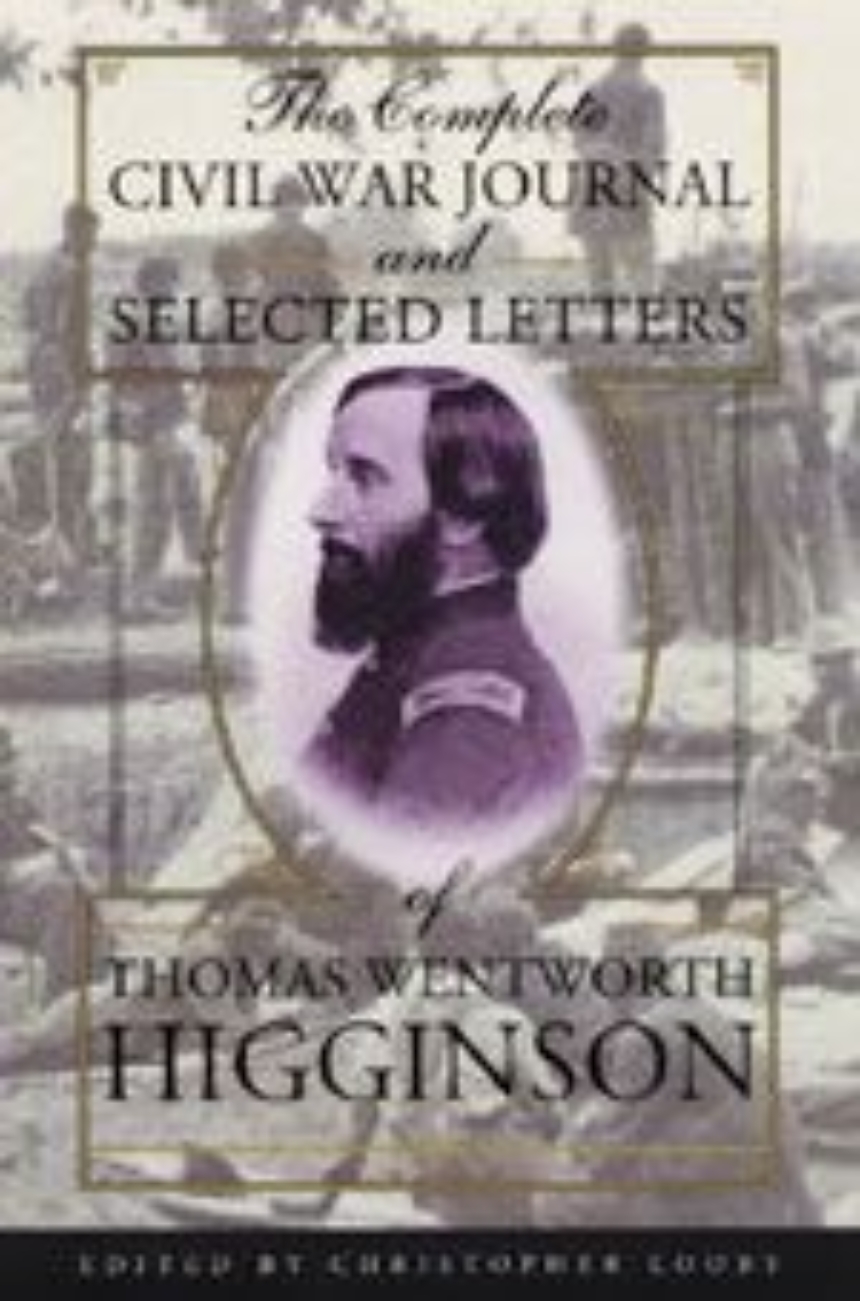 Edited by Christopher Looby
"I desire to record, as simply as I may, the beginnings of a momentous military experiment, whose ultimate results were the reorganization of the whole American army and the remoulding of the relations of two races on this continent. . . . I can only hope that the importance of the subject may save me from that egotism which makes great things seem little and little things seem less in the narrating."

So wrote Thomas Wentworth Higginson about his role in one of the most compelling and fascinating episodes in the history of the United States. As the colonel of the first regiment of black men in the Union army during the Civil War, Higginson was an early, articulate, and powerful crusader for civil rights, and his journal and letters, collected for the first time in this volume, present some of the most extraordinary documents of the Civil War.

Higginson was a politically engaged intellectual at the forefront of radical antislavery, labor, and feminist causes. Born in 1823 to a formerly wealthy but still prominent Brahmin family, he became one of America’s leading social activists and a prominent writer, minister, and reformer. With the publication in 1869 of his classic Army Life in a Black Regiment, which drew on this journal, Higginson became one of the most important chroniclers of the Civil War. The Complete Civil War Journal and Selected Letters of Thomas Wentworth Higginson is the first comprehensive edition of his journal. Sensitively and thoroughly annotated by Christopher Looby and supplemented by a large selection of Higginson’s wartime letters, this volume offers the most vivid and intimate picture of the radical interracial solidarity brought about by the transformative experience of the army camp and of Civil War life.

"The immediacy of Higginson’s reflections, as well as their sharp insights, make this journal both distinctive and enduringly compelling . . . . Higginson’s vivid texts can once again educate, gratify and delight readers."—Publishers Weekly

"This volume will enrich our understanding of the transformations that emancipation and war wrought."—Library Journal

Read an excerpt from Higginson’s journal.