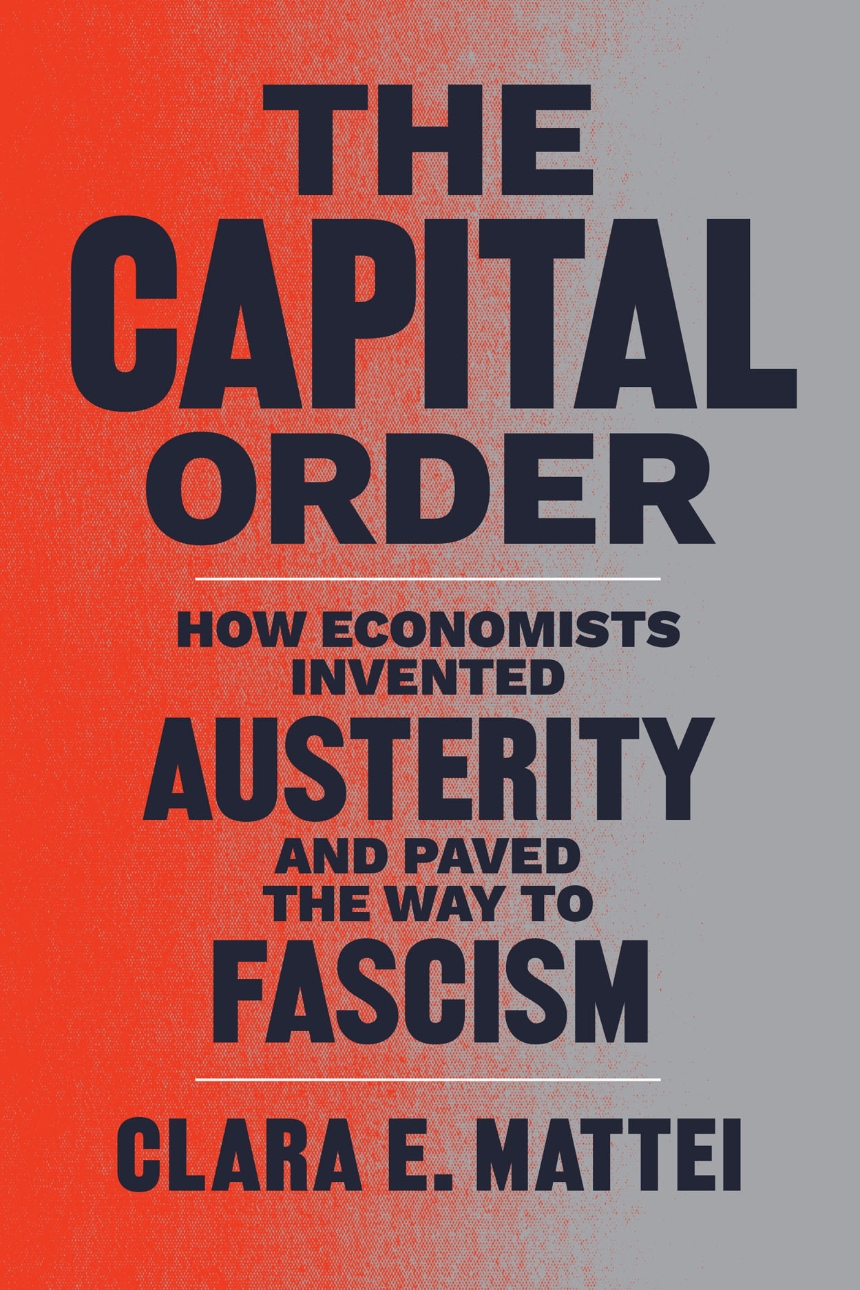 How Economists Invented Austerity and Paved the Way to Fascism

How Economists Invented Austerity and Paved the Way to Fascism

For more than a century, governments facing financial crisis have resorted to the economic policies of austerity—cuts to wages, fiscal spending, and public benefits—as a path to solvency. While these policies have been successful in appeasing creditors, they’ve had devastating effects on social and economic welfare in countries all over the world. Today, as austerity remains a favored policy among troubled states, an important question remains: What if solvency was never really the goal?

In The Capital Order, political economist Clara E. Mattei explores the intellectual origins of austerity to uncover its originating motives: the protection of capital—and indeed capitalism—in times of social upheaval from below.

Mattei traces modern austerity to its origins in interwar Britain and Italy, revealing how the threat of working-class power in the years after World War I animated a set of top-down economic policies that elevated owners, smothered workers, and imposed a rigid economic hierarchy across their societies. Where these policies “succeeded,” relatively speaking, was in their enrichment of certain parties, including employers and foreign-trade interests, who accumulated power and capital at the expense of labor. Here, Mattei argues, is where the true value of austerity can be observed: its insulation of entrenched privilege and its elimination of all alternatives to capitalism.

Drawing on newly uncovered archival material from Britain and Italy, much of it translated for the first time, The Capital Order offers a damning and essential new account of the rise of austerity—and of modern economics—at the levers of contemporary political power.

“A fascinating history of the rise of austerity policies in post–World War I Europe and how it paved the way for fascism—along with many of the economic policies of today. A must-read, with key lessons for the future. Historical political economy at its best.”

“A work with remarkable resonance for the moment we are living through. I found it impossible to put down.”

“Clara Mattei shows how the supposedly apolitical science of economics has served, and continues to serve, as an ideology of class oppression. The chapters exploring the birth, in Britain and Italy in the 1920s, of what the author calls ‘the technocratic project’ of austerity, and its political and economic consequences, are particularly illuminating.”

“A decade after austerity tore British society apart, the UK government stands ready to do so again. Given that it didn’t work the first time around, one wonders why they want to try it again. This is where Mattei’s explanation illuminates brightly: if we think of austerity not as an economic policy, but as a form of capitalist crisis management for moments when the lower orders start to question the governing classes’ preferences, then its repeated dosage—despite its damages—makes much more sense.”

“Clara Mattei’s work is an important contribution to building a new economic narrative. At a time when inflation is up and governments feel inclined to once again ‘tighten their belts,’ this book is as relevant as ever.”

Part I: War and Crisis
1 The Great War and the Economy
2 “A Wholly New School of Thought”
3 The Struggle for Economic Democracy
4 The New Order