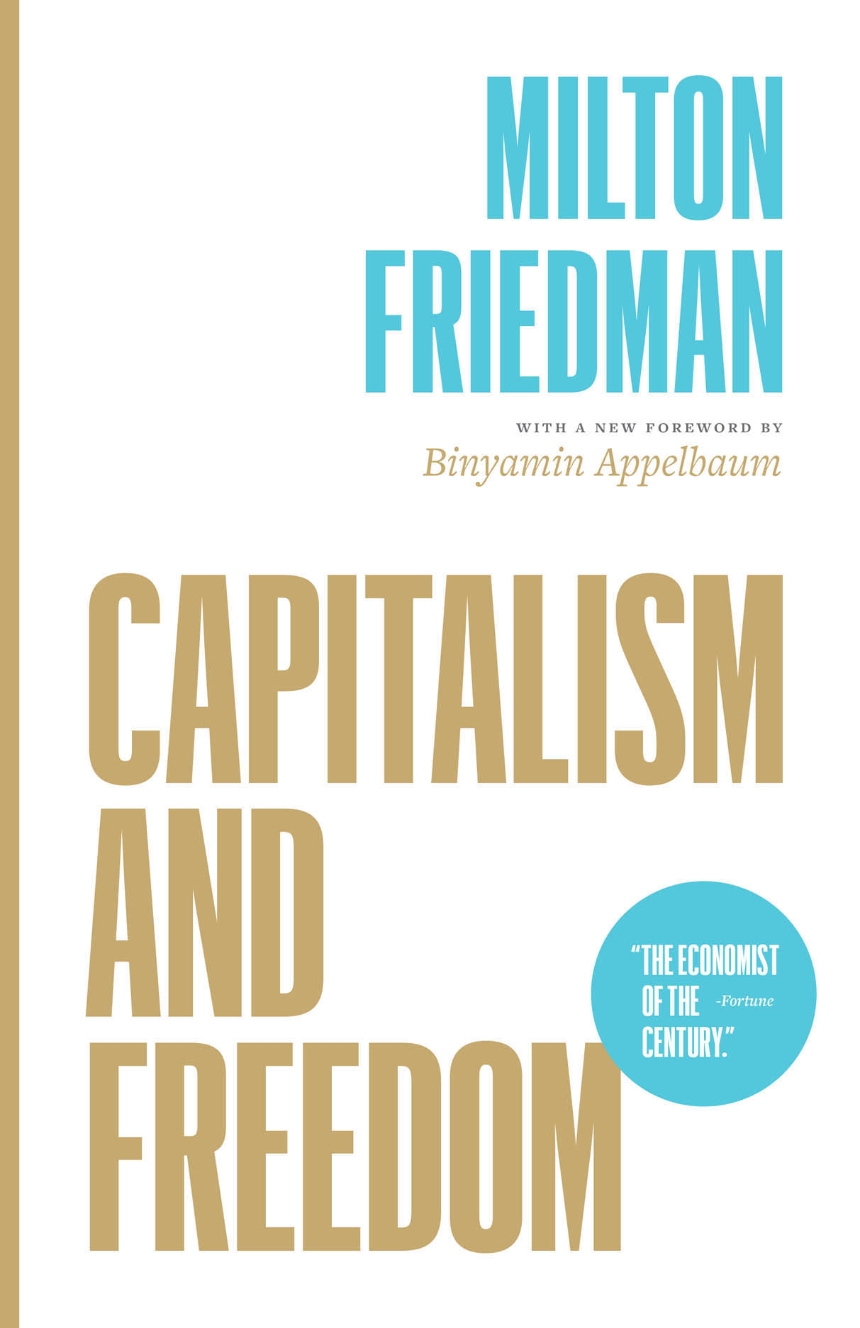 How can we benefit from the promise of government while avoiding the threat it poses to individual freedom? In this classic book, Milton Friedman provides the definitive statement of an immensely influential economic philosophy—one in which competitive capitalism serves as both a device for achieving economic freedom and a necessary condition for political freedom.
​
First published in 1962, Friedman’s Capitalism and Freedom is one of the most significant works of economic theory ever written. Enduring in its eminence and esteem, it has sold nearly a million copies in English, has been translated into eighteen languages, and continues to inform economic thinking and policymaking around the world. This new edition includes prefaces written by Friedman for both the 1982 and 2002 reissues of the book, as well as a new foreword by Binyamin Appelbaum, lead economics writer for the New York Times editorial board.

"In Capitalism and Freedom, published in 1962, Friedman makes his most important contribution to his profession: the argument that the best medicine for curing a recession and stabilizing economies is for a nation’s central bank (the Federal Reserve for the U.S.) to be slowly but constantly increasing the amount banks are allowed to lend and therefore increasing the supply of money—but only in brief."

"Full of tightly reasoned arguments about the principles of economic freedom in various spheres of life."

I. The Relation between Economic Freedom and Political Freedom

II. The Role of Government in a Free Society

III. The Control of Money

VI. The Role of Government in Education

VIII. Monopoly and the Social Responsibility of Business and Labor

X. The Distribution of Income

XII. The Alleviation of Poverty