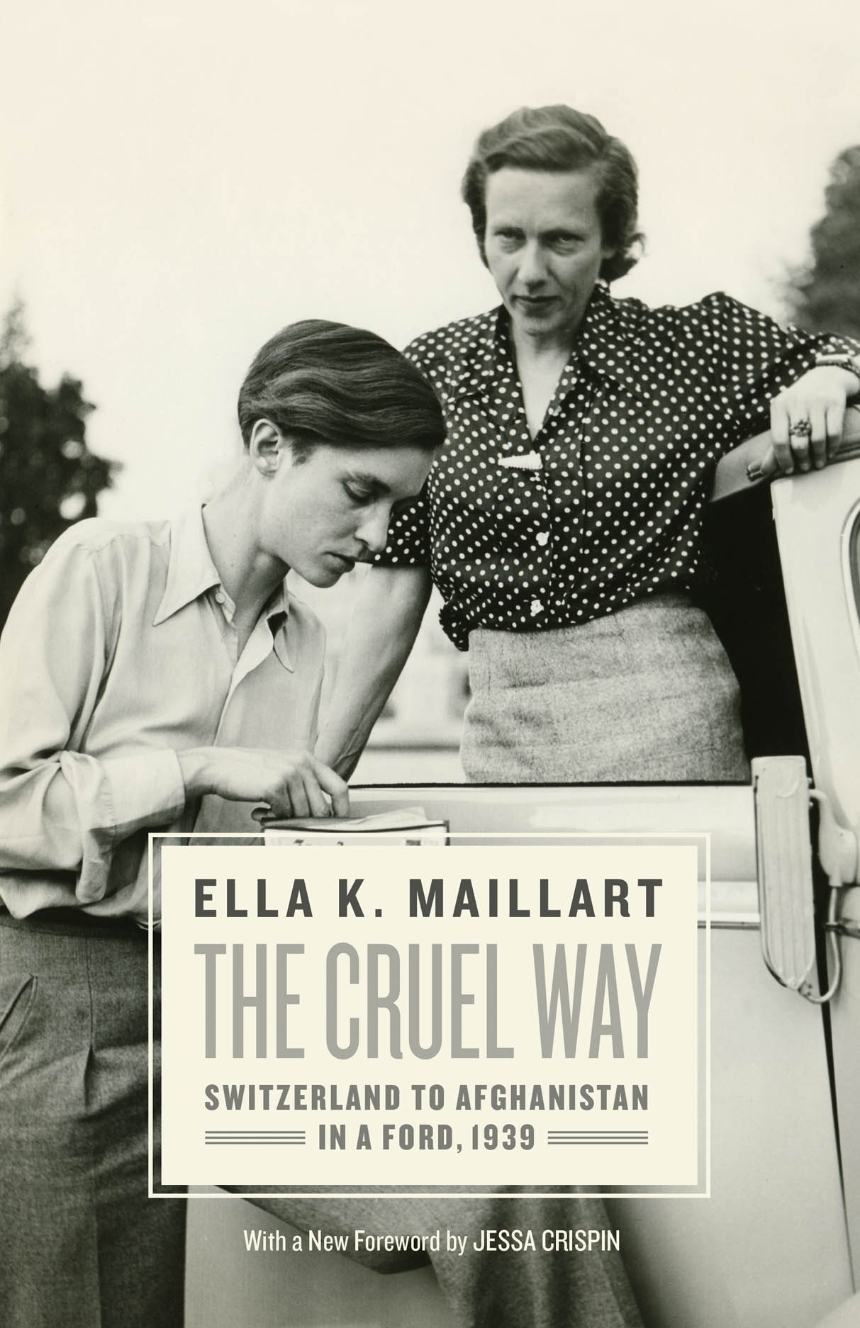 Switzerland to Afghanistan in a Ford, 1939

Switzerland to Afghanistan in a Ford, 1939

With a new Foreword by Jessa Crispin
In 1939 Swiss travel writer and journalist Ella K. Maillart set off on an epic journey from Geneva to Kabul with fellow writer Annemarie Schwarzenbach in a brand new Ford. As the first European women to travel alone on Afghanistan’s Northern Road, Maillart and Schwarzenbach had a rare glimpse of life in Iran and Afghanistan at a time when their borders were rarely crossed by Westerners. As the two flash across Europe and the Near East in a streak of élan and daring, Maillart writes of comical mishaps, breathtaking landscapes, vitriolic religious clashes, and the ingenuity with which the women navigated what was often a dangerous journey. In beautiful, clear-eyed prose, The Cruel Way shows Maillart’s great ability to explore and experience other cultures in writing both lyrical and deeply empathetic.
While the core of the book is the journey itself and their interactions with people oppressed by political conflict and poverty, towards the end of the trip the women’s increasingly troubled relationship takes center stage. By then the glamorous, androgynous Schwarzenbach, whose own account of the trip can be found in All the Roads Are Open, is fighting a losing battle with her own drug addiction, and Maillart’s frustrated attempts to cure her show the profound depth of their relationship.
Complete with thirteen of Maillart’s own photographs from the journey, The Cruel Way is a classic of travel writing, and its protagonists are as gripping and fearless as any in literature.

“Ella K. Maillart—it is she who matters, though her capital I’s are few. The picture of herself is better than many superb photographs: a woman of the twentieth century, with a nostalgia for the primitive; always hungry for new places and new people, but sufficient to herself."

“We need [Maillart] to challenge what we think the story of two women traveling in the East can do. We need her to disrupt our detachment. . . . What she has found is a world of beauty and hope, a world worth going out into.”

“Her descriptions and observations shine with intelligence and beauty. . . . Her abilities to grasp a region in all its dimensions, and to involve the emerging national character in her own drama, are the marks of the best kind of travel writer."

“I love The Cruel Way for its silences. They point towards other horizons and suggest other journeys. To quote Celine, ’they put your imagination to work.’”