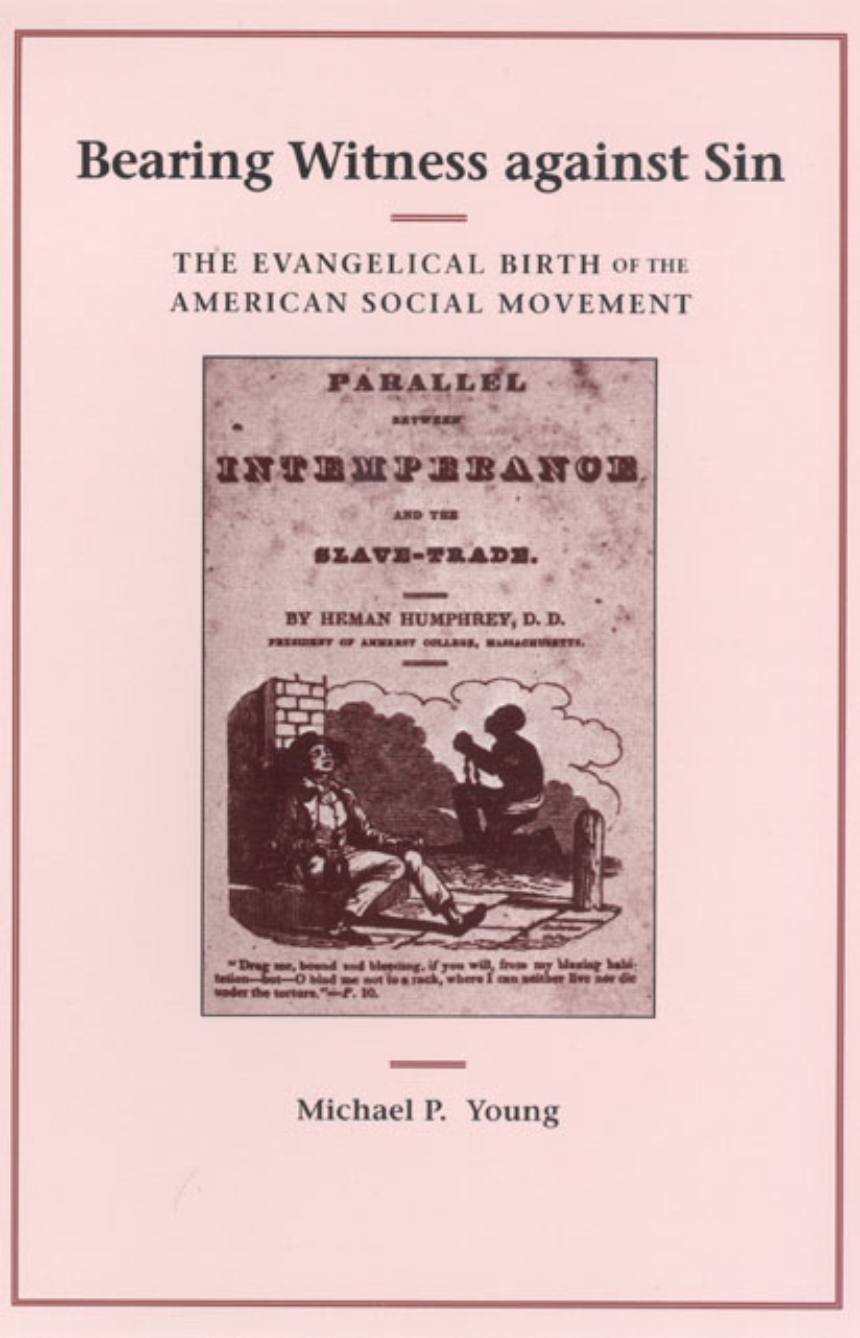 The Evangelical Birth of the American Social Movement

The Evangelical Birth of the American Social Movement

During the 1830s the United States experienced a wave of movements for social change over temperance, the abolition of slavery, anti-vice activism, and a host of other moral reforms. Michael Young argues for the first time in Bearing Witness against Sin that together they represented a distinctive new style of mobilization—one that prefigured contemporary forms of social protest by underscoring the role of national religious structures and cultural schemas.

In this book, Young identifies a new strain of protest that challenged antebellum Americans to take personal responsibility for reforming social problems.In this period activists demanded that social problems like drinking and slaveholding be recognized as national sins unsurpassed in their evil and immorality. This newly awakened consciousness undergirded by a confessional style of protest, seized the American imagination and galvanized thousands of people. Such a phenomenon, Young argues, helps explain the lives of charismatic reformers such as William Lloyd Garrison and the Grimké sisters, among others.

Marshalling lively historical materials, including letters and life histories of reformers, Bearing Witness against Sin is a revelatory account of how religion lay at the heart of social reform.

“Michael Young has done the unlikely: drawing new insights and rigorous comparisons from the well-trodden territory of movements for moral reform in the United States. Bearing Witness against Sin draws from abolitionism, temperance, and moral reform in the 1830s an enduring lesson about American social movements—about both their persistent religious foundations and the uneasy balance they need to maintain between interior moral reform and external political change. The mechanism for that conjunction in the 1830s was the public confession; but Young’s findings go well beyond these three movements to the contemporary movements he briefly surveys at the end of the book and to the moral/political crisis of America today.”--Sidney Tarrow, Maxwell M. Upson Professor of Government and Professor of Sociology, Cornell University

"Young’s analysis and storyline are helpful, coherent, and persuasive in many ways. The book enhances our understanding of religious, political, and social events in antebellum America."

chapter i. Modern Social Movements and Confessional Projections of the Self

chapter ii. Mammon, Church, and State in a Restless America

chapter iii. The Benevolent Empire and the Special Sins of the Nation

chapter iv. Rise Up and Repent

chapter vi. “To Bear Witness to the Horrors of the Southern Prison House”

conclusion. “For the Movement and for Myself”