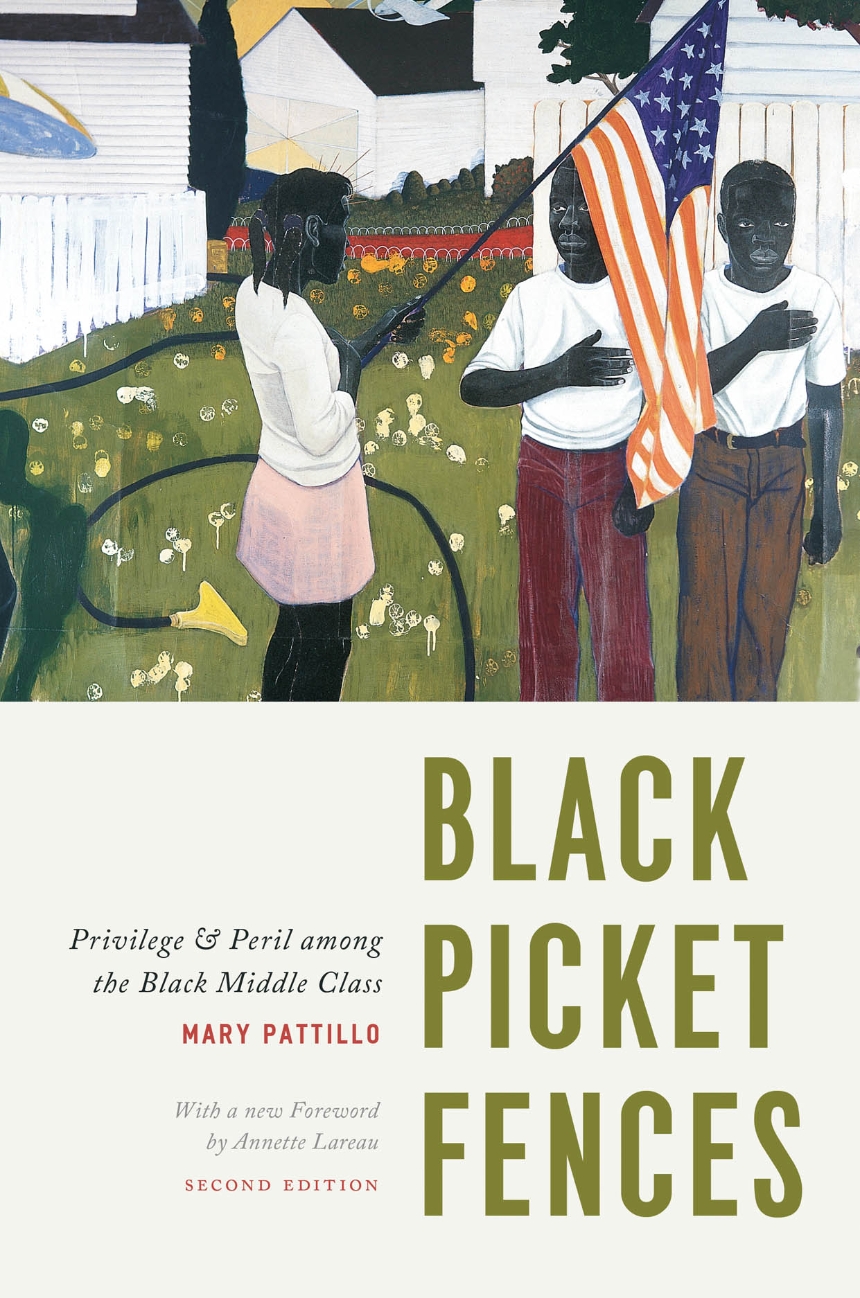 Privilege and Peril among the Black Middle Class

Privilege and Peril among the Black Middle Class

With a new Foreword by Annette Lareau
First published in 1999, Mary Pattillo’s Black Picket Fences explores an American demographic group too often ignored by both scholars and the media: the black middle class. Nearly fifteen years later, this book remains a groundbreaking study of a group still underrepresented in the academic and public spheres. The result of living for three years in “Groveland,” a black middle-class neighborhood on Chicago’s South Side, Black Picket Fences explored both the advantages the black middle class has and the boundaries they still face. Despite arguments that race no longer matters, Pattillo showed a different reality, one where black and white middle classes remain separate and unequal.
Stark, moving, and still timely, the book is updated for this edition with a new epilogue by the author that details how the neighborhood and its residents fared in the recession of 2008, as well as new interviews with many of the same neighborhood residents featured in the original. Also  included is a new foreword by acclaimed University of Pennsylvania sociologist Annette Lareau.

“An insightful look at the socioeconomic experiences of the black middle class. . . . Through the prism of a South Side Chicago neighborhood, the author shows the distinctly different reality middle-class blacks face as opposed to middle-class whites.”

“[A] richly textured, thoughtful account of the precarious economic and social positions of young people in these middle-class families. . . . Pattilo knows Groveland, and she knows the literature on poverty and class. She is a careful and insightful observer. . . . Pattillo’s book provides a perceptive analysis of the black middle class in America in the 1990s and will be an integral part of courses on stratification, race, and poverty. But it is also an entertaining book that will appeal to general audiences interested in contemporary social issues. I recommend it.”

“Few studies offer extensions to an existing body of research in a manner that is both paradigm shifting and enriching to the social sciences as a whole. . . . Pattillo has succeeded in doing both. Her analysis of the black middle class revives the tradition of community studies in American sociology while skillfully shifting the dialogue concerning the inner-city from its focus on social pathologies of the poor to a more holistic discussion of stratification and social interaction.”

“The most insightful study I have read on the black middle class. Like no other author, Mary Pattillo reveals the obstacles and pressures of black middle-class families. Readers of this clearly written and engaging book will understand why these experiences are unique, and why they produce social outcomes that often differ from those of the white middle class.”

“More than with sweeping conclusions or policy recommendations, Black Picket Fences concerns itself with turning a detailed eye to a picture that’s easily glossed over in discussions of [Chicago’s] segregation. So it’s an academic text but a lively one . . . Pattillo is an excellent listener, and anyone looking to expand their conception of the South Side beyond the dire stories of Englewood violence and the ivied island of Hyde Park should listen in as well.”