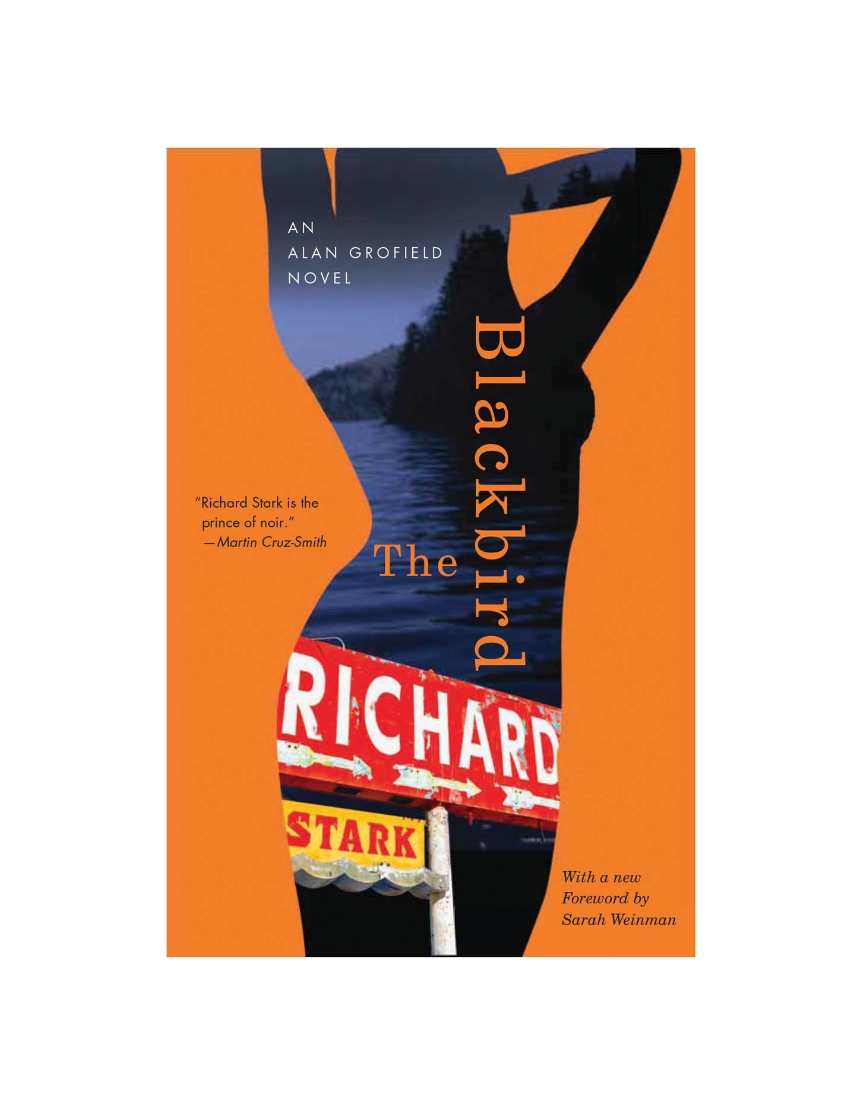 Donald E. Westlake is one of the greats of crime fiction. Under the pseudonym Richard Stark, he wrote twenty-four fast-paced, hardboiled novels featuring Parker, a shrewd career criminal with a talent for heists. Using the same nom de plume, Westlake also completed a separate series in the Parker universe, starring Alan Grofield, an occasional colleague of Parker. While he shares events and characters with several Parker novels, Grofield is less calculating and more hot-blooded than Parker; think fewer guns, more dames.

Not that there isn’t violence and adventure aplenty. The third Grofield novel, The Blackbird shares its first chapter with Slayground: after a traumatic car crash, Parker eludes the police, but Grofield gets caught. Lying injured in the hospital, Grofield is visited by G-Men who offer him an alternative to jail, and he finds himself forced into a deadly situation involving international criminals and a political conspiracy.

With a new foreword by Sarah Weinman that situates the Grofield series within Westlake’s work as a whole, this novel is an exciting addition to any crime fiction fan’s library.