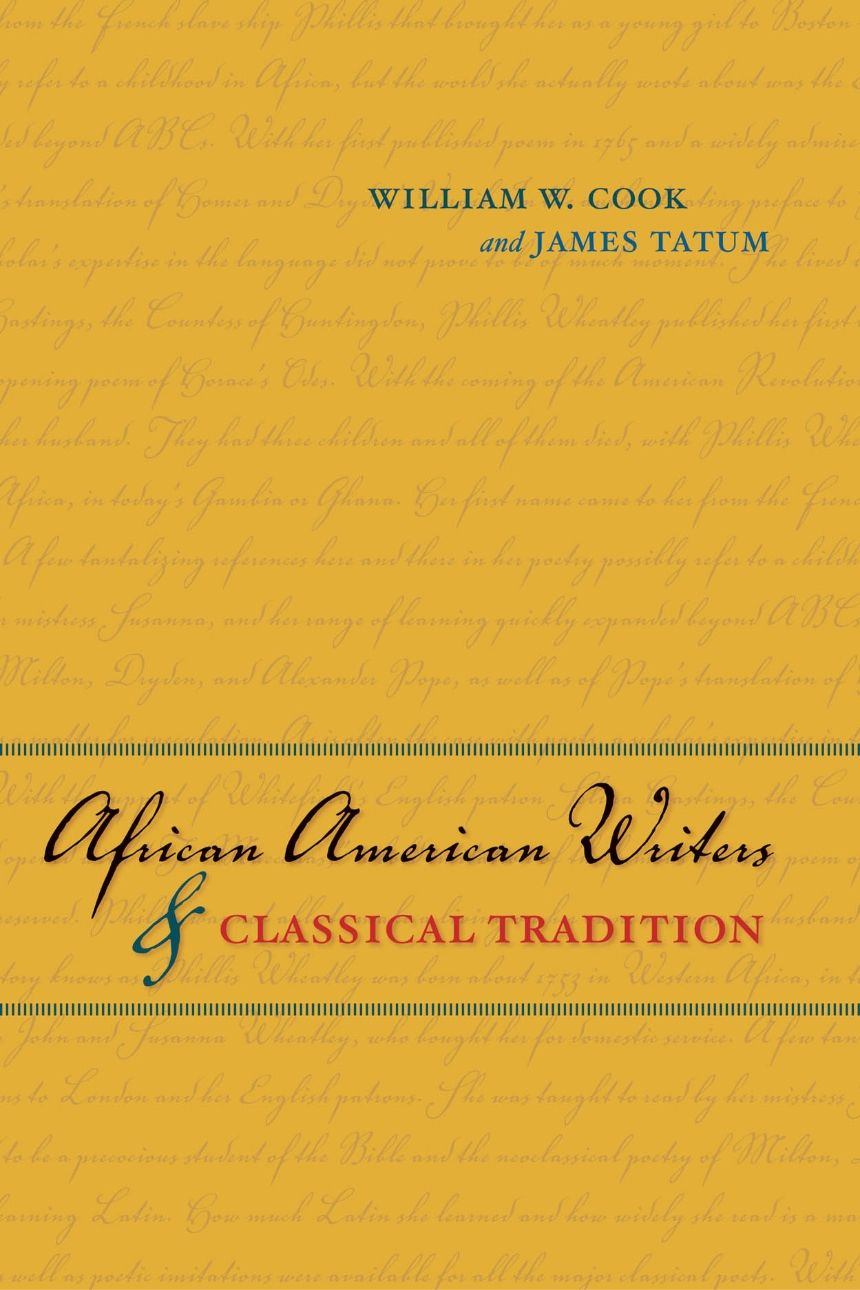 Constraints on freedom, education, and individual dignity have always been fundamental in determining who is able to write, when, and where. Considering the singular experience of the African American writer, William W. Cook and James Tatum here argue that African American literature did not develop apart from canonical Western literary traditions but instead grew out of those literatures, even as it adapted and transformed the cultural traditions and religions of Africa and the African diaspora along the way.
Tracing the interaction between African American writers and the literatures of ancient Greece and Rome, from the time of slavery and its aftermath to the civil rights era and on into the present, the authors offer a sustained and lively discussion of the life and work of Phillis Wheatley, Frederick Douglass, Ralph Ellison, and Rita Dove, among other highly acclaimed poets, novelists, and scholars. Assembling this brilliant and diverse group of African American writers at a moment when our understanding of classical literature is ripe for change, the authors paint an unforgettable portrait of our own reception of “classic” writing, especially as it was inflected by American racial politics.

“This book is a magisterial and masterful treatment of sophisticated Black literary artists who deployed the deep and rich resources of Greek and Latin classical texts. The complex phenomenon of Afro-classicism is laid bare for all to apprehend and appreciate!”

“This outstanding work moves from the era of slavery to slavery’s long aftermath by concentrating on African American writers whose work bears the strongest imprints of classical learning, whether in a mode of intellectual appropriation, satirical distance, or critical tension. Eminently readable, African American Writers and Classical Tradition offers far-reaching and compelling conclusions alongside insightful interpretations of important literary and rhetorical texts. Erudite but never pedantic, judicious but never compromising, this book exhibits the highest standards of literary scholarship.”

Chapter One. The Leisure Moments of Phillis Wheatley

Chapter Three. The Making of the Talented Tenth

Chapter Six. The Pindar of Harlem

Chapter Seven. It Is Impossible Not to Write Satire