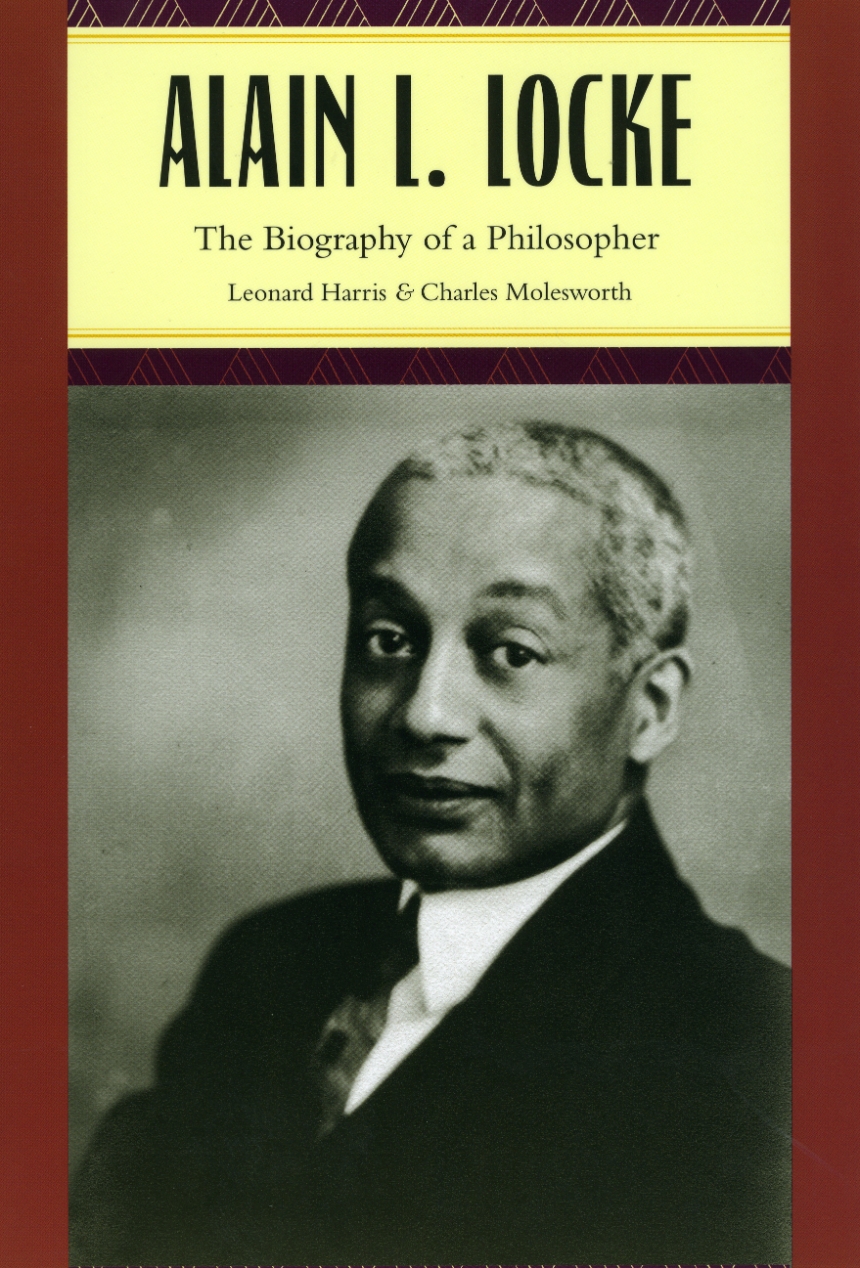 The Biography of a Philosopher

The Biography of a Philosopher

Alain L. Locke (1886-1954), in his famous 1925 anthology TheNew Negro, declared that “the pulse of the Negro world has begun to beat in Harlem.” Often called the father of the Harlem Renaissance, Locke had his finger directly on that pulse, promoting, influencing, and sparring with such figures as Langston Hughes, Zora Neale Hurston, Jacob Lawrence, Richmond Barthé, William Grant Still, Booker T. Washington, W. E. B. Du Bois, Ralph Bunche, and John Dewey. The long-awaited first biography of this extraordinarily gifted philosopher and writer, Alain L. Locke narrates the untold story of his profound impact on twentieth-century America’s cultural and intellectual life.
Leonard Harris and Charles Molesworth trace this story through Locke’s Philadelphia upbringing, his undergraduate years at Harvard—where William James helped spark his influential engagement with pragmatism—and his tenure as the first African American Rhodes Scholar. The heart of their narrative illuminates Locke’s heady years in 1920s New York City and his forty-year career at Howard University, where he helped spearhead the adult education movement of the 1930s and wrote on topics ranging from the philosophy of value to the theory of democracy. Harris and Molesworth show that throughout this illustrious career—despite a formal manner that many observers interpreted as elitist or distant—Locke remained a warm and effective teacher and mentor, as well as a fierce champion of literature and art as means of breaking down barriers between communities.
The multifaceted portrait that emerges from this engaging account effectively reclaims Locke’s rightful place in the pantheon of America’s most important minds.

"A superb, eye-opening biography. . . . Why has it taken so long for a definitive biography of Locke to appear, when works on comparable black intellectuals abound? It’s a backstory that sheds light on a practical truth: Fascinating subjects for biographies can be the most difficult to take on."

"Contemporary scholars tend to simplify by casting him either as a race man or an apolitical aesthete. Yet in fact, as Leonard Harris and Charles Molesworth show, Locke kept up the pressure on both roles, as his thought continually refined itself and deepened. . . . The current neglect of Alain Locke should not make us skeptical of the claim made by [Harris and Molesworth], who call him ’the most influential African American intellectual born between W.E.B. Du Bois and Martin Luther King, Jr.’ They are right."

“This is the definitive biography of the towering cultural critic and pioneering Afro-American philosopher Alain Locke. The intellectual subtlety and meticulous work of Leonard Harris and Charles Molesworth forever puts Locke on our academic radar screen!”

“The absence of a genuine biography of a cultural critic and leader as important as Alain Locke has been a virtual tragedy for serious students of the Harlem Renaissance and the broader question of multiculturalism in America. Because Locke was among the most educated and articulate voices in these and other areas, the need for an authoritative study of his life and times has been urgent. Now the void has been filled with this richly documented, intelligently argued, and commendably expansive study.”

“Alain Locke was not only one of the intellectual parents of the Harlem Renaissance, he was also the preeminent African American philosopher of his generation. This first biography offers crucial insights into the life of a great black intellectual.”

K. Anthony Appiah, author of Cosmopolitanism: Ethics in a World of Strangers

"In delineating Locke’s life with dense archival richness, the authors have given historians of the Harlem Renaissance, in particular, welcome material to mine for years to come."