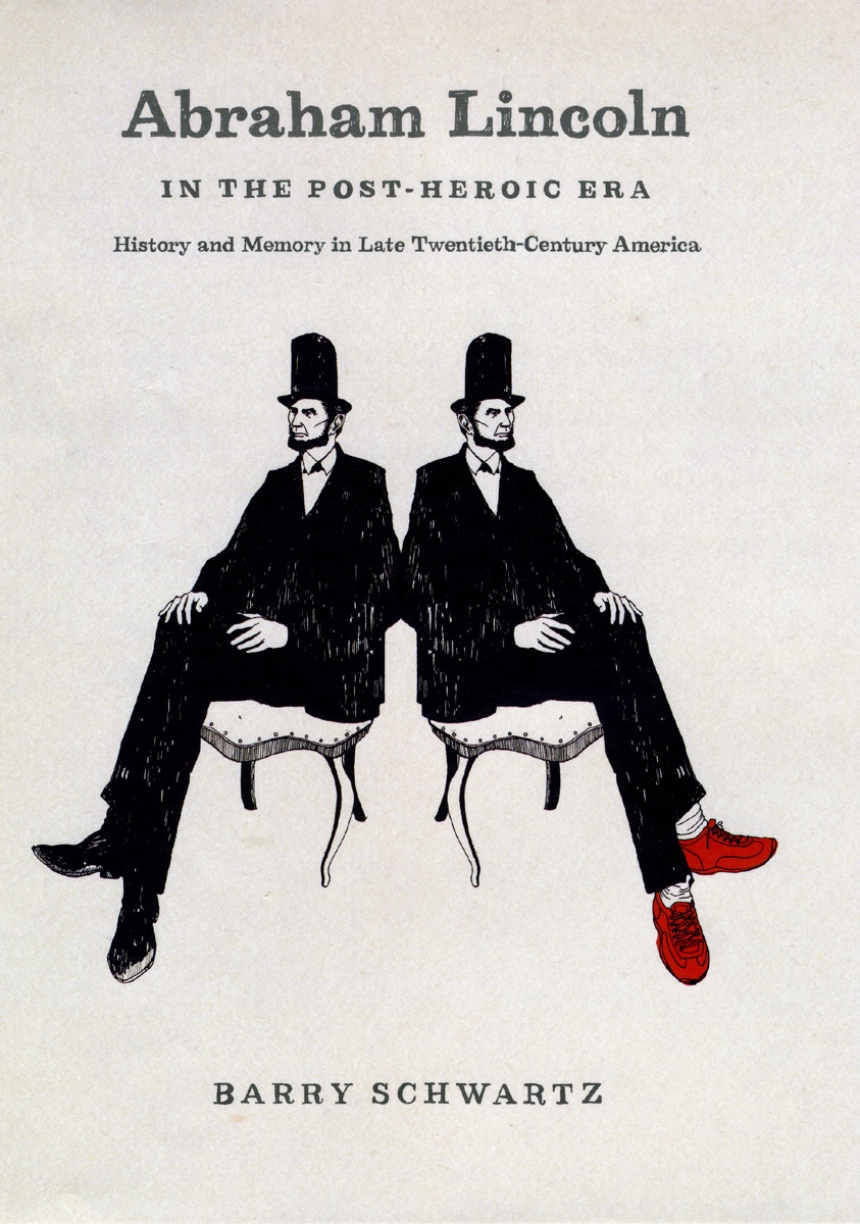 Abraham Lincoln in the Post-Heroic Era

Abraham Lincoln in the Post-Heroic Era

By the 1920s, Abraham Lincoln had transcended the lingering controversies of the Civil War to become a secular saint, honored in North and South alike for his steadfast leadership in crisis. Throughout the Great Depression and World War II, Lincoln was invoked countless times as a reminder of America’s strength and wisdom, a commanding ideal against which weary citizens could see their own hardships in perspective.
But as Barry Schwartz reveals in Abraham Lincoln in the Post-Heroic Era, those years represent the apogee of Lincoln’s prestige. The decades following World War II brought radical changes to American culture, changes that led to the diminishing of all heroes—Lincoln not least among them. As Schwartz explains, growing sympathy for the plight of racial minorities, disenchantment with the American state, the lessening of patriotism in the wake of the Vietnam War, and an intensifying celebration of diversity, all contributed to a culture in which neither Lincoln nor any single person could be a heroic symbol for all Americans. Paradoxically, however, the very culture that made Lincoln an object of indifference, questioning, criticism, and even ridicule was a culture of unprecedented beneficence and inclusion, where racial, ethnic, and religious groups treated one another more fairly and justly than ever before. Thus, as the prestige of the Great Emancipator shrank, his legacy of equality continued to flourish.
Drawing on a stunning range of sources—including films, cartoons, advertisements, surveys, shrine visitations, public commemorations, and more—Schwartz documents the decline of Lincoln’s public standing, asking throughout whether there is any path back from this post-heroic era. Can a new generation of Americans embrace again their epic past, including great leaders whom they know to be flawed?  As the 2009 Lincoln Bicentennial approaches, readers will discover here a stirring reminder that Lincoln, as a man, still has much to say to us—about our past, our present, and our possible futures.

"Schwartz demonstrates engagingly and convincingly how Lincoln is a historical phenomenon who can weather misunderstanding, misrepresentation, mockery, caricature, and popular cultural exploitation and still maintain something of his real integrity."

"Schwartz's use of polling techniques to test his theories of historical revision and changes in collective memory are supplemented by his own deep knowledge of Lincoln, as well as a penchant for provocative theory-building."

1. Ascension: Abraham Lincoln in the Depression

6. Post-Heroic Era: Acids of Equality and the Waning of Greatness