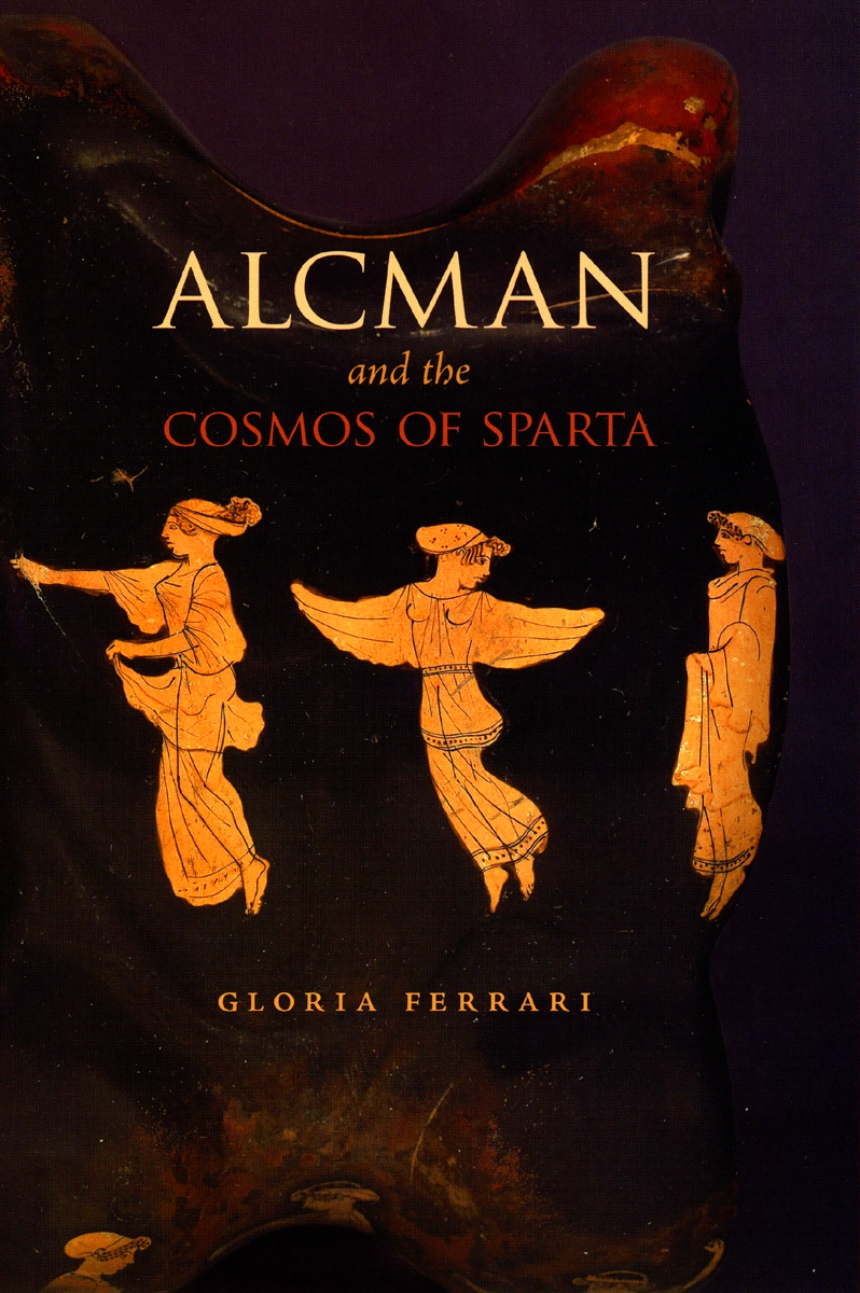 Alcman and the Cosmos of Sparta

Alcman and the Cosmos of Sparta

The Partheneion, or “maiden song,” composed in the seventh century BCE by the SpartanpoetAlcman, is the earliest substantial example of a choral lyric. A provocative reinterpretation of the Partheneion and its broader context, Alcman and the Cosmos of Sparta excavates the poem’s invocations of widespread and long-lived cosmological ideas that cast the universe as perfectly harmonious and invested its workings with an ethical dimension.
Moving far beyond standard literary interpretations, Gloria Ferrari uncovers this astral symbolism by approaching the poem from several angles to brilliantly reconstruct the web of ancient drama, music, religion, painting, and material culture in which it is enmeshed. She shows, for example, that by stringing together images of horses, stars, and birds, the poem evokes classical antiquity’s beloved dance of the constellations. Instrumental in shaping the structure of the lyric, this dance symbolizes the cosmic order reflected in the order of the state, which the chorus would have enacted in a ritual performance of the song.
With broad implications for archaeology, art history, and ancient science, Ferrari’s bold new analysis dramatically deepens our understanding of Greek poetry and the rich culture of archaic Sparta.

“This wonderful sequel to Professor Ferrari’s Figures of Speech manages to throw new and powerful light on a whole host of salient topics—the Spartan poet Alcman, the poetics of Archaic Greek astrology and cosmology, Greek ritual drama in performance, and, not least, ancient Sparta’s surprisingly cosmopolitan mentality and society. It is itself a stunning performance, and fully earns her a place among the constellation of superstar Sparta-watchers.”

“This book offers a new interpretation of Alcman’s Partheneion in its mythic, cosmic, and ritual contexts—an interpretation that is entirely original and ingenious. It is clearly and accessibly written and should find an audience among archaeologists, art historians, and anthropologists, as well as specialists in Greek poetry. I enjoyed reading it immensely and learned a great deal from it.”

“Centered on a provocative reinterpretation of Alcman’s Louvre Partheneion, and on a new analysis of its dramatic structure and ritual dimension, this book offers a valuable discussion of early Greek ideas about the stars, cosmic harmony, and the homology between the cosmos and the state. This book should be praised for its interdisciplinary approach: it will be welcomed by philologists, art historians, and all those interested in an anthropological approach to ancient Greek culture.”

"Minor disagreements should not be taken as diminishing my admiration for Ferrari’s ambitious project: to present a coherent theory that will explain most if not all of the mysterious featues of this marvelous, peculiar, literary artefact from atchaic Sparta. Let her reconstruction stand until a more convincing one is proposed."

1.   THE MYTHS
Hippocoon and his Sons
Path and Sign
Measure
Phaethon

2.   THE CHORUS
The Travails of the Chorus
Pleiades, Hyades, and Sirius
The Moon and the Stars

3.   RITUAL IN PERFORMANCE
Heaven and Earth
The Mourning Voice