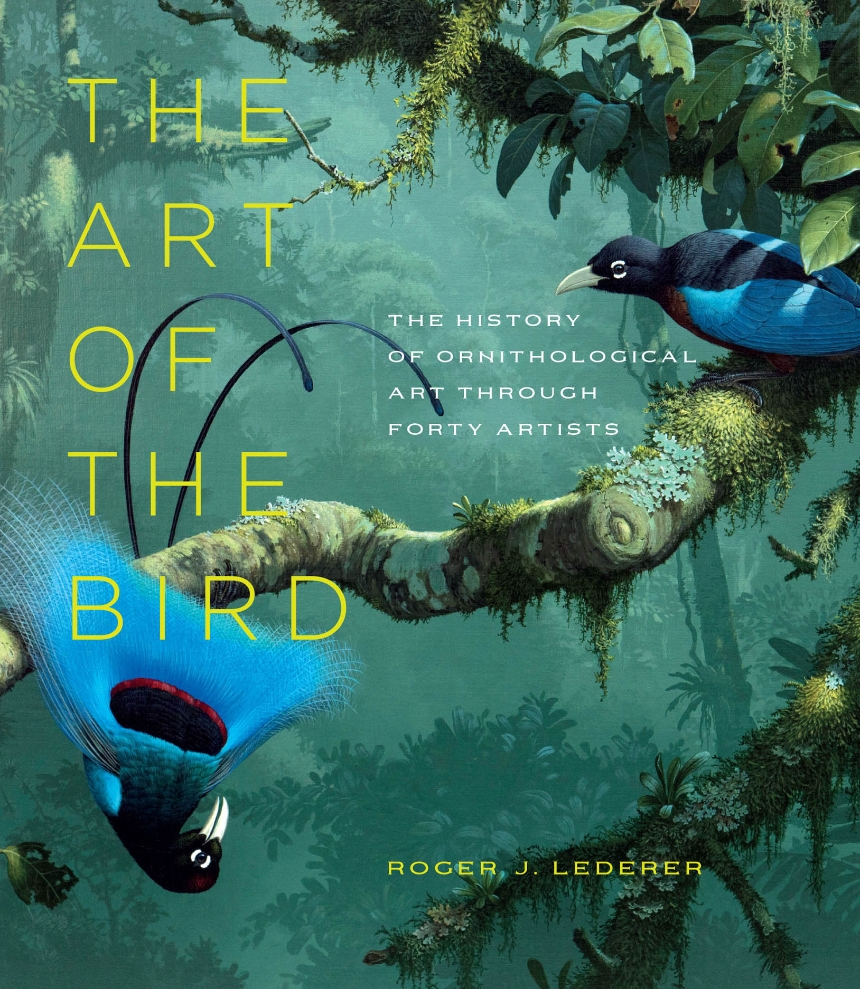 The Art of the Bird

The History of Ornithological Art through Forty Artists

The Art of the Bird

The History of Ornithological Art through Forty Artists

The human history of depicting birds dates to as many as 40,000 years ago, when Paleolithic artists took to cave walls to capture winged and other beasts. But the art form has reached its peak in the last four hundred years. In The Art of the Bird, devout birder and ornithologist Roger J. Lederer celebrates this heyday of avian illustration in forty artists’ profiles, beginning with the work of Flemish painter Frans Snyders in the early 1600s and continuing through to contemporary artists like Elizabeth Butterworth, famed for her portraits of macaws. Stretching its wings across time, taxa, geography, and artistic style—from the celebrated realism of American conservation icon John James Audubon, to Elizabeth Gould’s nineteenth-century renderings of museum specimens from the Himalayas, to Swedish artist and ornithologist Lars Jonsson’s ethereal watercolors—this book is feathered with art and artists as diverse and beautiful as their subjects. A soaring exploration of our fascination with the avian form, The Art of the Bird is a testament to the ways in which the intense observation inherent in both art and science reveals the mysteries of the natural world.

"The Art of the Bird makes any bird painting aficionado yearn for more."

"Art history and the history of science intertwine in this beautiful tribute to the scientific illustration of birds."

"Exquisite. . . . Ornithological gems such as Joseph Wolf’s gorgeous Crimson-bellied Tragopan, Roger Tory Peterson’s flock of flamingos in the Andes, and James Fenwick Lansdowne’s rainbow-plumed Chinese pheasant reveal not only the sophistication of avian art, but the extravagant global variety of avian species."

“People have been trying to depict birds for 40,000 years, but Lederer suggests that their efforts really took flight some four-hundred years ago, in the work of Flemish artists such as Frans Snyders (Concert of Birds) and Carel Fabritius (The Goldfinch).”

"[There is] a growing subgenre of books about birds and art. This a rather catchall category of how-to’s, art/gift books, and scholarly titles such as the recently published The Art of the Bird. . . . But, it is an important one, since birding could not exist without art. It allows us to identify birds, appreciate finer details of their beauty and anatomical construction that we might otherwise overlook, respect their specific and adaptive habitats, and communicate their beauty and value to others."

"Beginning in the seventeenth century with the Flemish baroque period and continuing to the present, this book is a treasure trove of beautiful artwork and beautiful birds. . . . Full-color reproductions (many full page), mostly of paintings, lead readers through a history of art and artwork and of how the Western world has viewed birds since the 1600s. The artists are grouped mostly by time period but also by theme, as exploration and the scientific age changed the nature of illustration and spurred public interest in the environment and bird watching. Most of the artists are British or American, with a handful of Continental Europeans and artists working in the colonial realms of the time. Several women artists are included, from Lady Elizabeth Symonds Gwillim (1763–1807) to Elizabeth Butterworth (1949–). . . . Recommended."

"A sumptuous coffee table book, stunningly beautiful in its many full-page reproductions. . . . Here is a book that will put readers in a celebratory mood and, with the rustling of each page, stir a sense of wonder."

"While depictions of birds can be traced back 40,000 years, the author of this stunning book focuses on the last 400 years—the peak of bird art. As you would expect, the book features well-known artists like Catesby, Wilson, Audubon, Lear, Fuertes, Peterson, and our own David Sibley. Plus we meet equally talented creatives such as Lilian Marguerite Medland, Raymond Harris-Ching, Hilary Burn, and others who push the boundaries of birds in art."

Animal representations were superseded by religious paintings and portraiture, but painters of these genres often worked with animaliers to add creatures to scenes.

Explorers brought back specimens from exotic destinations, popularizing natural history. As new birds were discovered, collected, and named, the science of ornithology came into being with the help of artists who illustrated these new discoveries.

Natural history focused on the identification of organisms. Naming became more standardized, thoughtful, and detailed, as did the art that accompanied it.

Art began to accurately reflect the habitat and behaviour of birds, as observation revealed the subtle details of their physical appearance and their behavioural patterns.

The age of Darwin was also the golden age of ornithology. Ideas about how birds’ shape, colours and behaviour came to be and what relationships they had were debated.

As exploration of the natural world expanded, artists became important observers. Comparing species and varieties required artists to put more than one species on a page, and scientific monographs on specific bird groups became more common.

The skills of artists, the variety of their styles, their publications, and their reach to communities outside of the art world stoked the public’s interest both in birds and art.

When the environmental movement began in earnest in the latter half of the twentieth century, people noticed that bird habitats were disappearing and bird numbers declining. Artists helped to increase public awareness of these environmental issues.

Bird field guides and illustrated books maintain their popularity but artists are also producing novel, creative and bizarre bird art that continues to enthral and inspire.