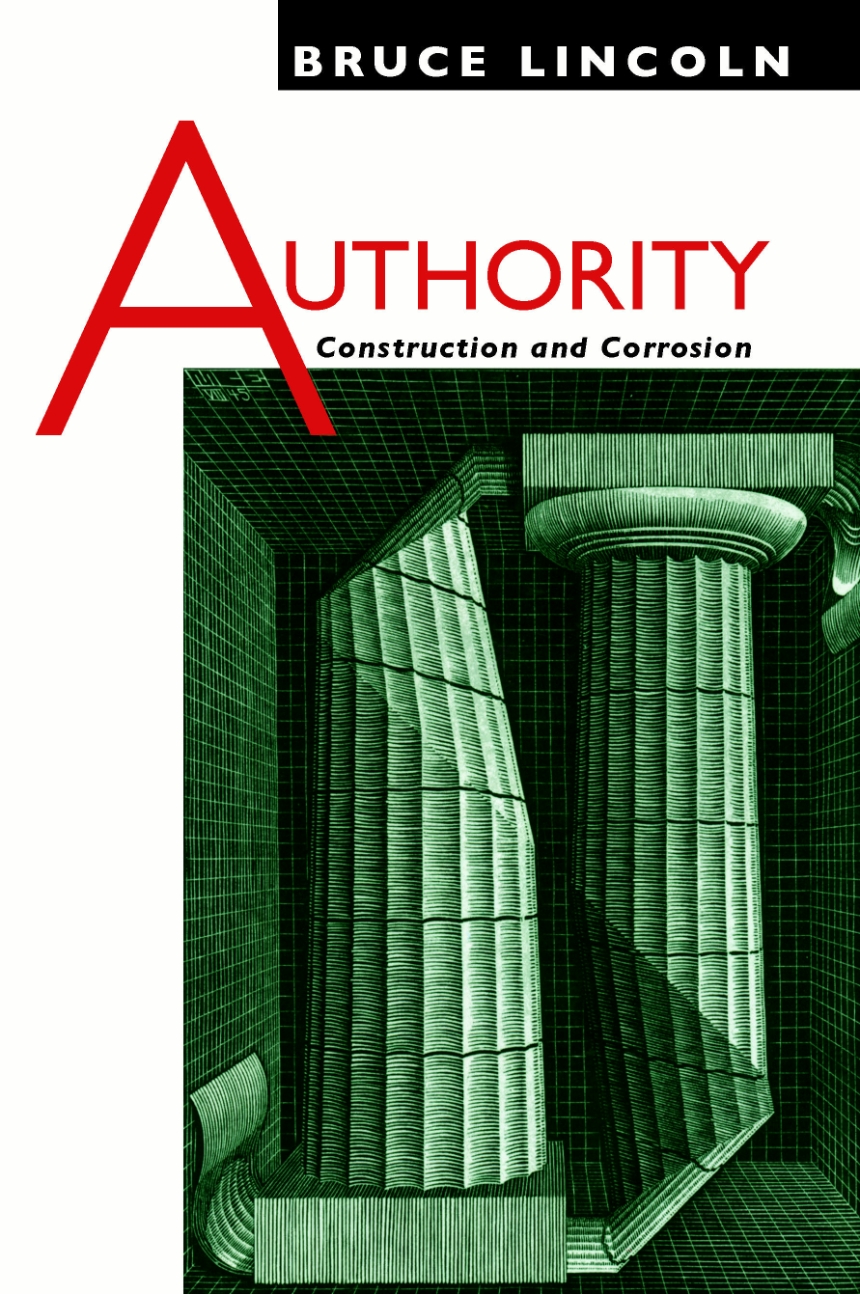 What is authority? How is it constituted? How ought one understand the subtle (and sometimes not-so-subtle) relations between authority and coercion? Between authorized and subversive speech? In this fascinating and intricate analysis, Bruce Lincoln argues that authority is not an entity but an effect. More precisely, it is an effect that depends for its power on the combination of the right speaker, the right speech, the right staging and props, the right time and place, and an audience historically and culturally conditioned to judge what is right in all these instances and to respond with trust, respect, and even reverence.

Employing a vast array of examples drawn from classical antiquity, Scandinavian law, Cold War scholarship, and American presidential politics, Lincoln offers a telling analysis of the performance of authority, and subversions of it, from ancient times to the present. Using a small set of case studies that highlight critical moments in the construction of authority, he goes on to offer a general examination of "corrosive" discourses such as gossip, rumor, and curses; the problematic situation of women, who often are barred from the authorizing sphere; the role of religion in the construction of authority; the question of whether authority in the modern and postmodern world differs from its premodern counterpart; and a critique of Hannah Arendt's claims that authority has disappeared from political life in the modern world. He does not find a diminution of authority or a fundamental change in the conditions that produce it. Rather, Lincoln finds modern authority splintered, expanded, and, in fact, multiplied as the mechanisms for its construction become more complex—and more expensive.

Acknowledgments
Chapter 1: Constructing Authority
Chapter 2: Oratory and Ridicule: Thersites and the Homeric Assembly
Chapter 3: Rumors and Prophecies: Lucius Aurelius Cotta and the Roman Senate, 15 March 44 B.C.
Chapter 4: Law, Curses, and Derision: Egil Skallagrimsson and the Gula Thing
Chapter 5: Against Authority: Corrosive Discourses
Chapter 6: And What About the Women?
Chapter 7: Religion and the Construction of Authority
Chapter 8: Scholars and Cold Warriors: Some Discussions of Authority in the 1950s
Chapter 9: Presidents and Protesters: Changes in the Mode of Authority Production
Appendix A Mailing from the "Hundredth Monkey" Project
Appendix B Remarks by President Ronald Reagan at the National Association of Broadcasters’ 70th Annual Convention, 13 April 1992
Appendix C Interview with Rick Springer, "CBS This Morning," 17 April 1992
Appendix D "The Hundredth Monkey Speaks": An Editorial from the Wall Street Journal, 21 April 1992
Appendix E "Excuse Me, Mr. President": Excerpts from an Article by Rick Springer
Appendix F United States vs. Springer: Excerpt from the Federal Court Record
Notes
Index