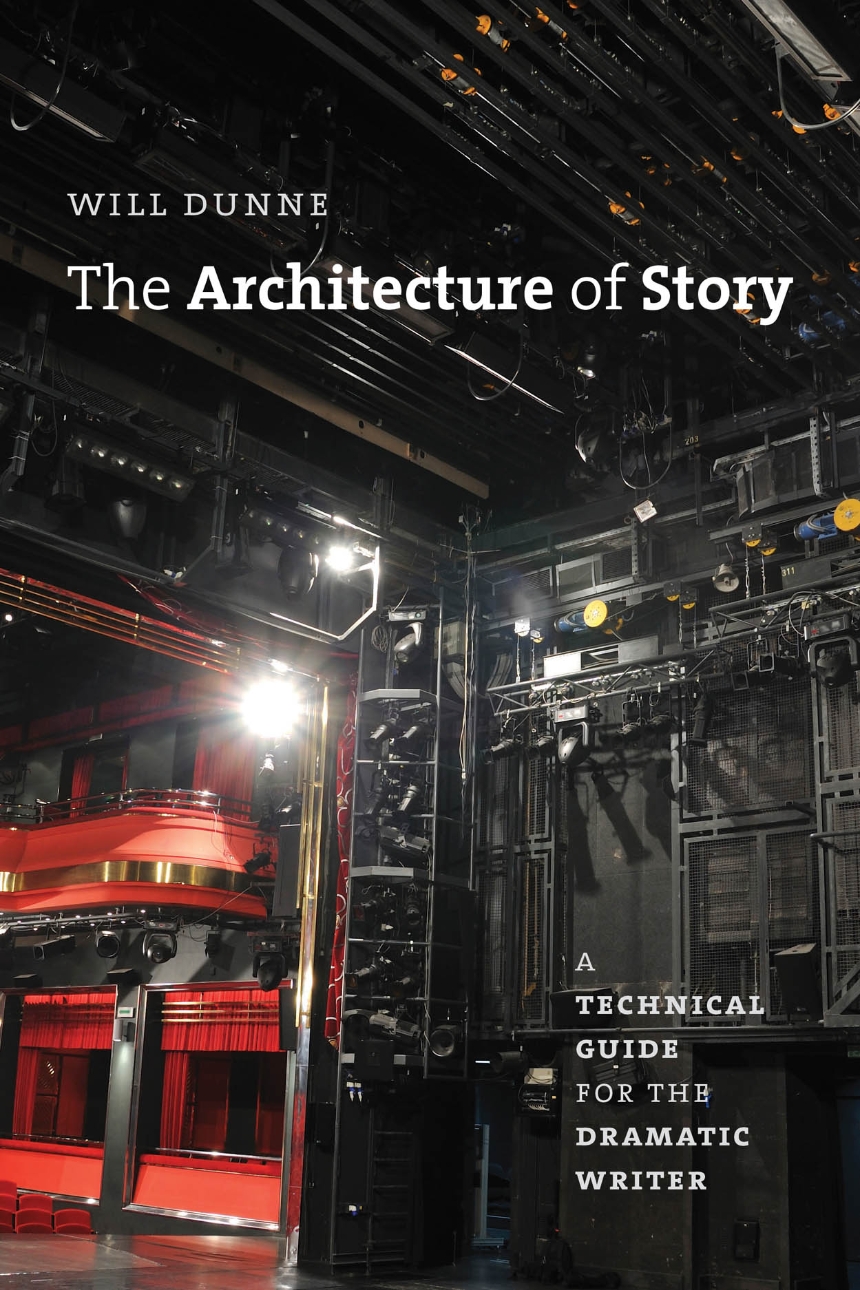 The Architecture of Story

A Technical Guide for the Dramatic Writer

The Architecture of Story

A Technical Guide for the Dramatic Writer

While successful plays tend to share certain storytelling elements, there is no single blueprint for how a play should be constructed. Instead, seasoned playwrights know how to select the right elements for their needs and organize them in a structure that best supports their particular story.

Through his workshops and book The Dramatic Writer’s Companion, Will Dunne has helped thousands of writers develop successful scripts. Now, in The Architecture of Story, he helps writers master the building blocks of dramatic storytelling by analyzing a trio of award-winning contemporary American plays: Doubt: A Parable by John Patrick Shanley, Topdog/Underdog by Suzan-Lori Parks, and The Clean House by Sarah Ruhl. Dismantling the stories and examining key components from a technical perspective enables writers to approach their own work with an informed understanding of dramatic architecture.

Each self-contained chapter focuses on one storytelling component, ranging from “Title” and “Main Event” to “Emotional Environment” and “Crisis Decision.”  Dunne explores each component in detail, demonstrating how it has been successfully handled in each play and comparing and contrasting techniques.  The chapters conclude with questions to help writers evaluate and improve their own scripts. The result is a nonlinear reference guide that lets writers work at their own pace and choose the topics that interest them as they develop new scripts. This flexible, interactive structure is designed to meet the needs of writers at all stages of writing and at all levels of experience.

“Together with The Dramatic Writer’s Companion, Dunne’s The Architecture of Story is part of the most thorough course in playwriting available in print, one that is both an in-depth study in character and its relation to dramatic form, and a practical dramaturgical resource for dramatists in search of the best form for their work.”

Art Borreca, head of Dramaturgy Program and co-head of Playwrights Workshop, the University of Iowa

“The genius of The Architecture of Story is the way in which Dunne manages to embrace both the chaos and the craft of playwriting. His bold, unabashedly nonlinear approach and graceful co-mingling of intellect and impulse, historical perspective and modern reinvention, examination and inquiry, guide us ever closer to a theatrical world that is as singular and powerful as the writer’s own voice. This is a must-have for playwrights.”

“Dunne offers the tools playwrights need to create, and improve, what they write. As intuitive an art form as playwriting often is, a writer can find herself frustrated as she attempts to identify clearly what she feels is wrong but cannot necessarily pin down and solve. Dunne’s components and questions will help soothe that frustration, illuminate the problem, and open up potential solutions for the playwright to use.”

About This Guide
The Plays and Playwrights

Genre Type of story
Style How characters and events are depicted
Dramatic Focus Main character and point of view
Rules of the Game How things work in this particular story
Framework Act and scene divisions, including French scenes
Stage Directions Instructions for staging the play
Other Script Elements What’s in the script besides the play

Title Meaning and function of title
Characters Who causes the story to happen
Offstage Population Who influences the story from offstage
Plot Synopsis and chain of events
Character Arcs Character entrances, exits, and transitions
Story Arc and Main Event  Most important thing that happens
Subject and Theme What the story is about
Dialogue  Language characteristics and indigenous terms
Visual Imagery How images reveal story

World of the Characters

Physical Realm The setting and what’s in it
Emotional Environment General mood or atmosphere
Social Context Key circumstances, values, and beliefs
Laws and Customs Social rules that affect behavior
Economics  How characters are influenced by money or lack of it
Power Structure Who is in charge and who isn’t
Spiritual Realm Presence or absence of the supernatural
Backstory The past that affects the present

Steps of the Journey