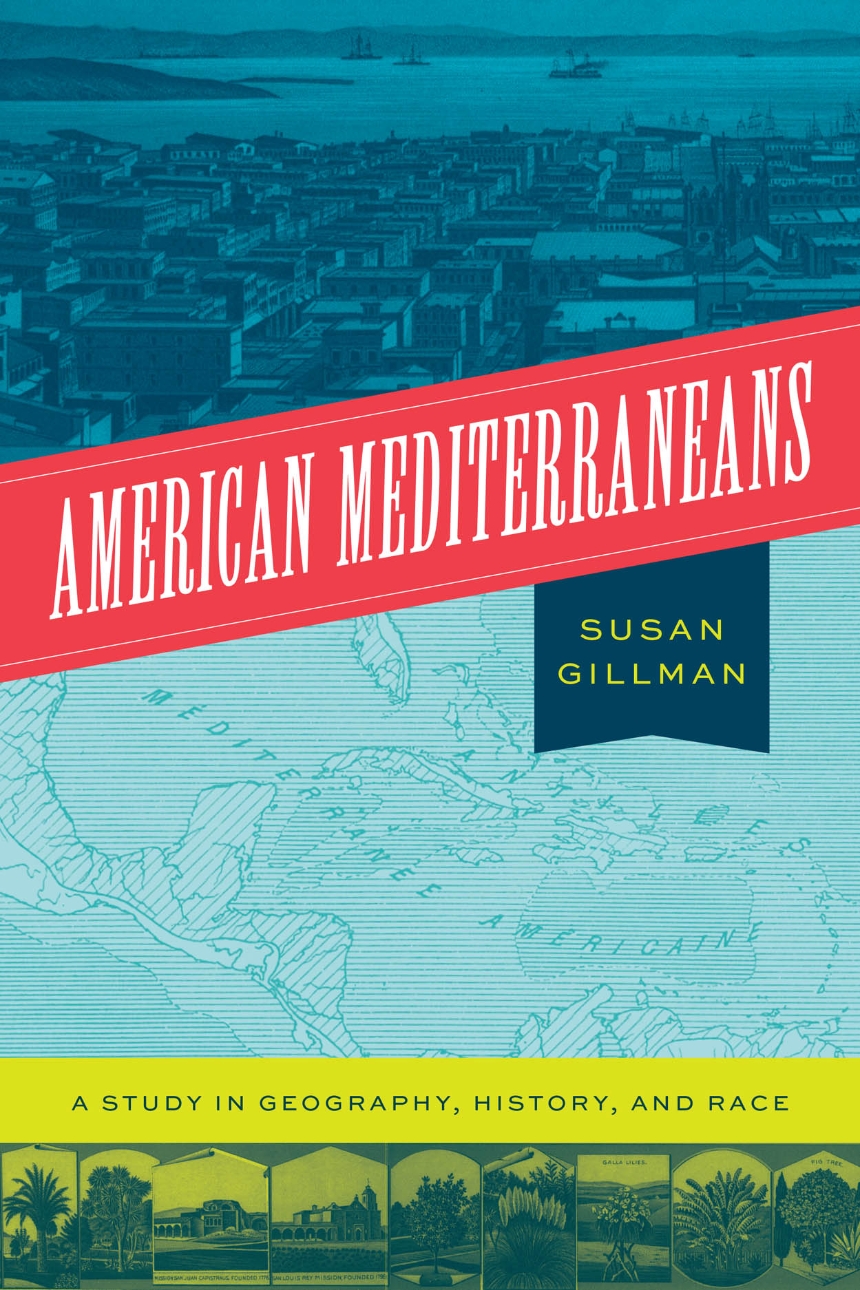 A Study in Geography, History, and Race

A Study in Geography, History, and Race

The story of the “American Mediterranean,” both an idea and a shorthand popularized by geographers, historians, novelists, and travel writers from the early nineteenth century to the 1970s.

The naturalist Alexander von Humboldt, visiting the Gulf-Caribbean in the early nineteenth century, called it America’s Mediterranean. Almost a century later, Southern California was hailed as “Our Mediterranean, Our Italy!” Although “American Mediterranean” is not a household phrase in the United States today, it once circulated widely in French, Spanish, and English as a term of art and folk idiom. In this book, Susan Gillman asks what cultural work is done by this kind of unsystematic, open-ended comparative thinking.

American Mediterraneans tracks two centuries of this geohistorical concept, from Humboldt in the early 1800s, to writers of the 1890s reflecting on the Pacific world of the California coast, to writers of the 1930s and 40s speculating on the political past and future of the Caribbean. Following the term through its travels across disciplines and borders, American Mediterraneans reveals a little-known racialized history, one that paradoxically appealed to a range of race-neutral ideas and ideals.

"In this stunningly original book, Susan Gillman takes the reader on a journey through multiply imagined American Mediterraneans and their contrasting encodings of race, climate and geographical destiny. Opening and ending with vigorous interrogations of the legacies of Humboldt and Braudel, she focuses on the two New World regions where the Mediterranean allusion has had the most fraught political history. In Southern California, Anglo-American entrepreneurs, otherwise ignorant of the authentic Mediterranean character of the environment, invented a romantic Spanish culture to sell real-estate while expunging indigenous and Mexican histories. In the circum-Caribbean, meanwhile, Mediterraneity with a more Roman and imperial inflection helped justify the expansionist project of slaveowners. In each case, Gillman warns us that geohistorical metaphors have often served as quasi-scientific projections of a Western right to conquest."

Mike Davis, author of 'Ecology of Fear: Los Angeles and the Imagination of Disaster'

Deftly navigating an astonishing range of sources, Gillman unearths a surprisingly rich tradition of comparing various features of American geography and culture to the Mediterranean. Rather than simply the application of a ‘classical’ European model, however, she shows that this comparative impulse was unruly and volatile, a grammar of speculation deployed above all in moments of racial crisis and political upheaval. Her meticulous reconstruction of the disparate networks of American Mediterranean thought are ultimately a template for an innovative approach to comparative analysis, focusing on the productive effects of dissonance and disjunction inherent in any practice of translation.”

Brent Hayes Edwards, author of 'The Practice of Diaspora: Literature, Translation, and the Rise of Black Internationalism'

“With Humboldt and Braudel as her main compass points, Gillman charts the ‘strange career’ of her title phrase across the Caribbean and California, disrupting settled ideas about geography, race, and climate. Methodologically innovative and teeming with insights, highly speculative and yet grounded in textual detail, American Mediterraneans offers a compelling new model for comparative studies. Cultural history doesn’t get any better than this.”

“In a virtuoso performance, Gillman brilliantly applies the idea of a ‘Mediterranean’ to America’s coasts and waters and offers fascinating evidence for the way the concept has been deployed in depictions of the Gulf of Mexico, the Caribbean, and California, by geographers, writers, artists, and filmmakers.”

David Abulafia, author of 'The Great Sea: A Human History of the Mediterranean'