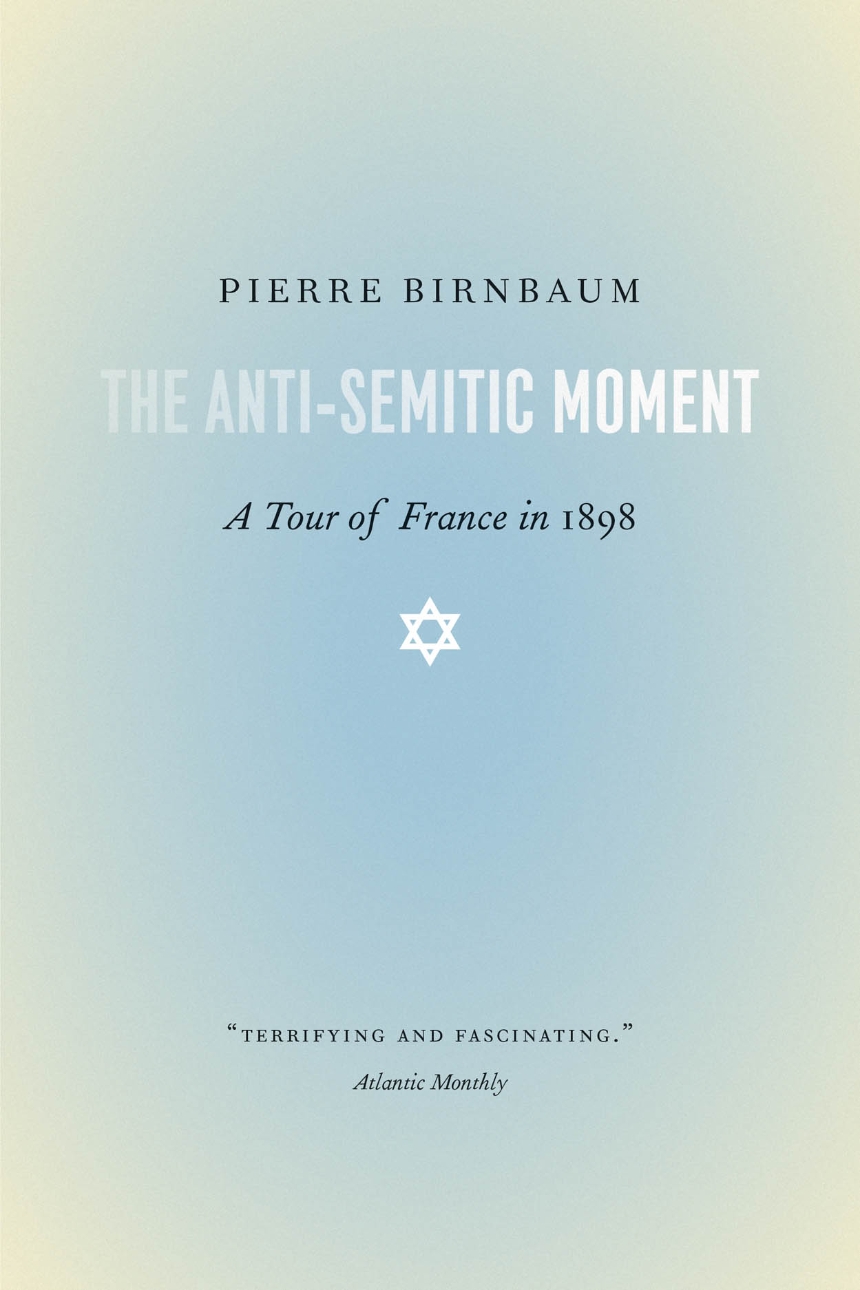 In 1898, the Dreyfus Affair plunged French society into a yearlong frenzy. In Paris and provincial villages throughout the country, angry crowds paraded through the streets, threatening to attack Jews and destroy Jewish-owned businesses. Anger about the imagined power of Jewish capital, as well as fears of treason and racial degeneration, made anti-Semitism a convenient banner behind which social and political factions could fall in line. Anti-Semitic feelings that had been simmering in France for decades came boiling to the surface.

Here Pierre Birnbaum guides readers on a tour of France during this crisis. He shows that in the midst of violence, Jewish citizens bravely and effectively defended themselves and were aided by a police force determined to maintain order. Birnbaum paints a vivid portrait of French Jewish culture at the time and explains why the French state remained strong in this time of widespread unrest.

2. Journey to the Center of France

4. Storm on the Coast: Algerian Marseilles

7. The Battle of Brest

8. In the Region of Normandy

9. Good Superintendent Leproust: Peacekeeping and Prejudice Among the Police

10. The "Arrogance" of Rabbi Taubmann: Passivity and Resistance Among the Jews

Chronology of Events in the Dreyfus Affair