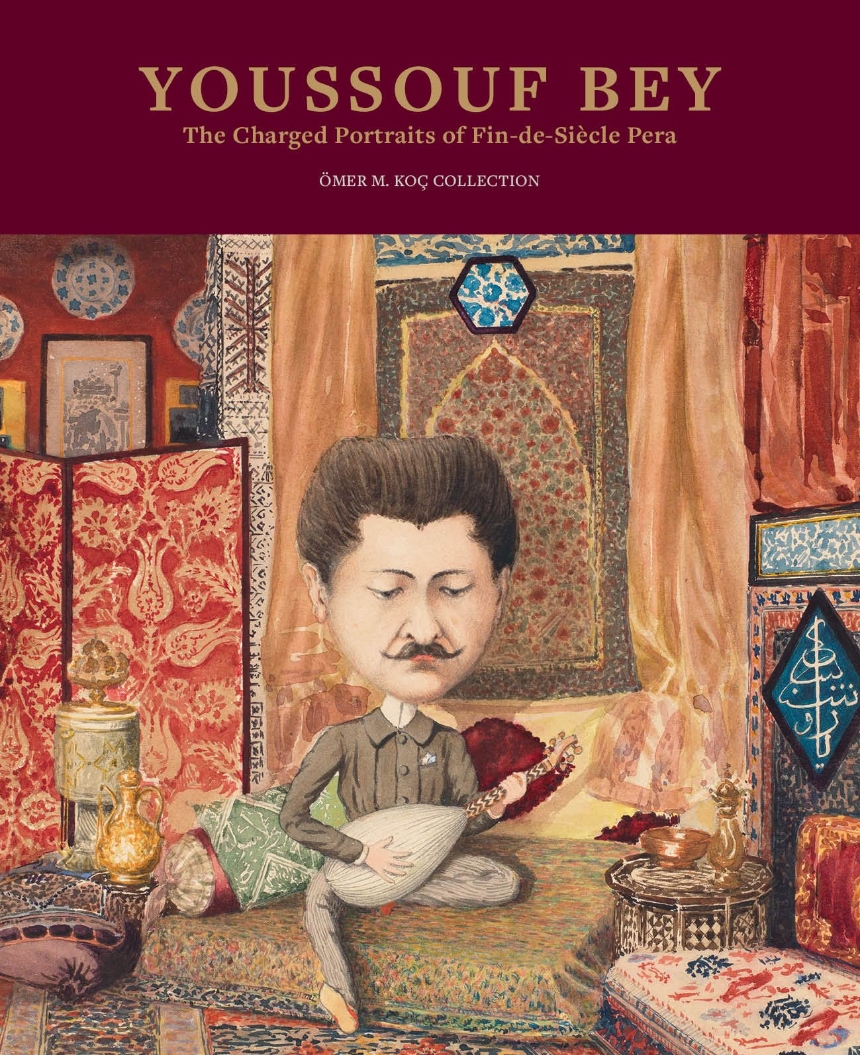 The Charged Portraits of Fin-de-Siécle Pera

The Charged Portraits of Fin-de-Siécle Pera

Yusuf Franko Kusa Bey (1856–1933), a high-ranking bureaucrat in fin-de-siècle Ottoman imperial administration, was also a talented caricaturist. Because of his duties in the Ottoman Foreign Ministry, and spending most of his life in Istanbul, he was both a member and an observer of high-society social circles in Pera [Beyoglu]. Ambassadors, ministers, diplomats, famous opera singers, painters, Pashas and Efendis, Madames and Monsieurs, were part of this social milieu, and most of them became eternally recorded through the ‘types and charges’ in Yusuf Franko’s caricature album. Including images of himself, he charged his subject materials, the people in his social network, with their particular qualities and transformed their portraits into witty caricatures that reflected contemporary scenes of social life and political debates in Pera. This book, which accompanies the facsimile of Yusuf Franko’s own caricature album, Youssouf, consists of three articles and an annotated appendix. While the articles analyze the majority of his caricatures from diverse perspectives (his family history and biography, the history of contemporary European caricature art and politics, and the social and spatial context in which he drew his caricatures), the appendix gives brief information about each caricature plate following the exact order in the facsimile. These extraordinary caricatures are published for the first time in their entirety since they were discovered in an antique rug dealer’s shop in Istanbul in 1957.