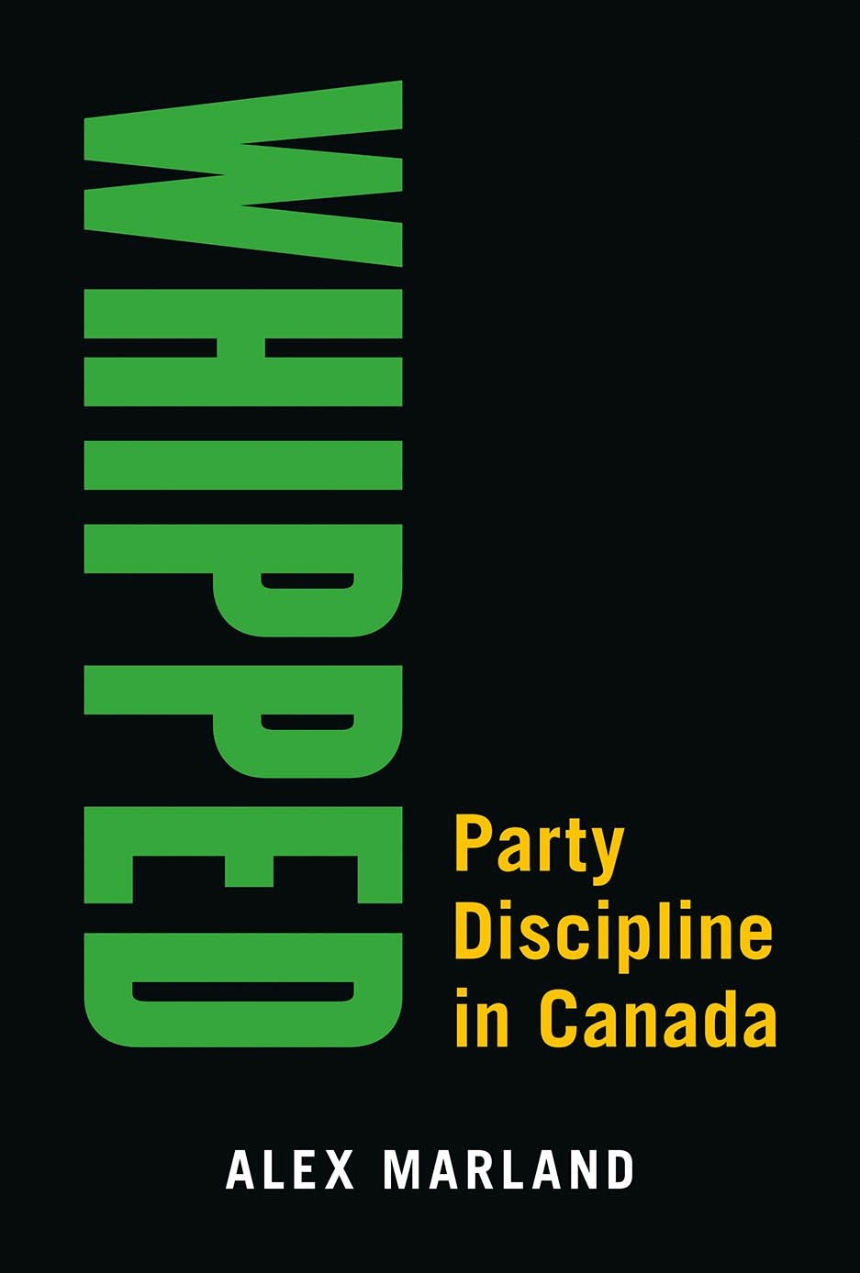 Canadians often see politicians as trained seals who vote on command and repeat robotic talking points. Politicians are torn by dilemmas of loyalty to party versus loyalty to voters. The reality is more complex, especially in a world where a public slip-up can spell the end of a political career.

Whipped: Party Discipline in Canada examines the hidden ways that political parties exert control over elected members of Canadian legislatures. Drawing on extensive interviews with politicians and staffers across the country, award-winning author Alex Marland explains why Members of Parliament and provincial politicians toe the party line. He explores the phenomenon of politicians as brand ambassadors, the role of the party whip, and the inner workings of legislatures. He recounts stories from Prime Minister Brian Mulroney’s drive for caucus cohesion in the 1980s through to the turmoil that the SNC-Lavalin crisis wrought on Justin Trudeau and the Liberal Party in 2019. From caucus meetings to vote instructions, Marland exposes how democracy works in our age of instant communication and increasing polarization. This book conclusively demonstrates that party loyalty usually wins out in Canada.

Filled with political tips, Whipped is a must-read for anyone interested in the real world of Canadian politics.

This work will have broad appeal for political scientists, politicians, and political staffers, as well as for students, journalists, and anyone with an interest in the workings of Canadian politics.