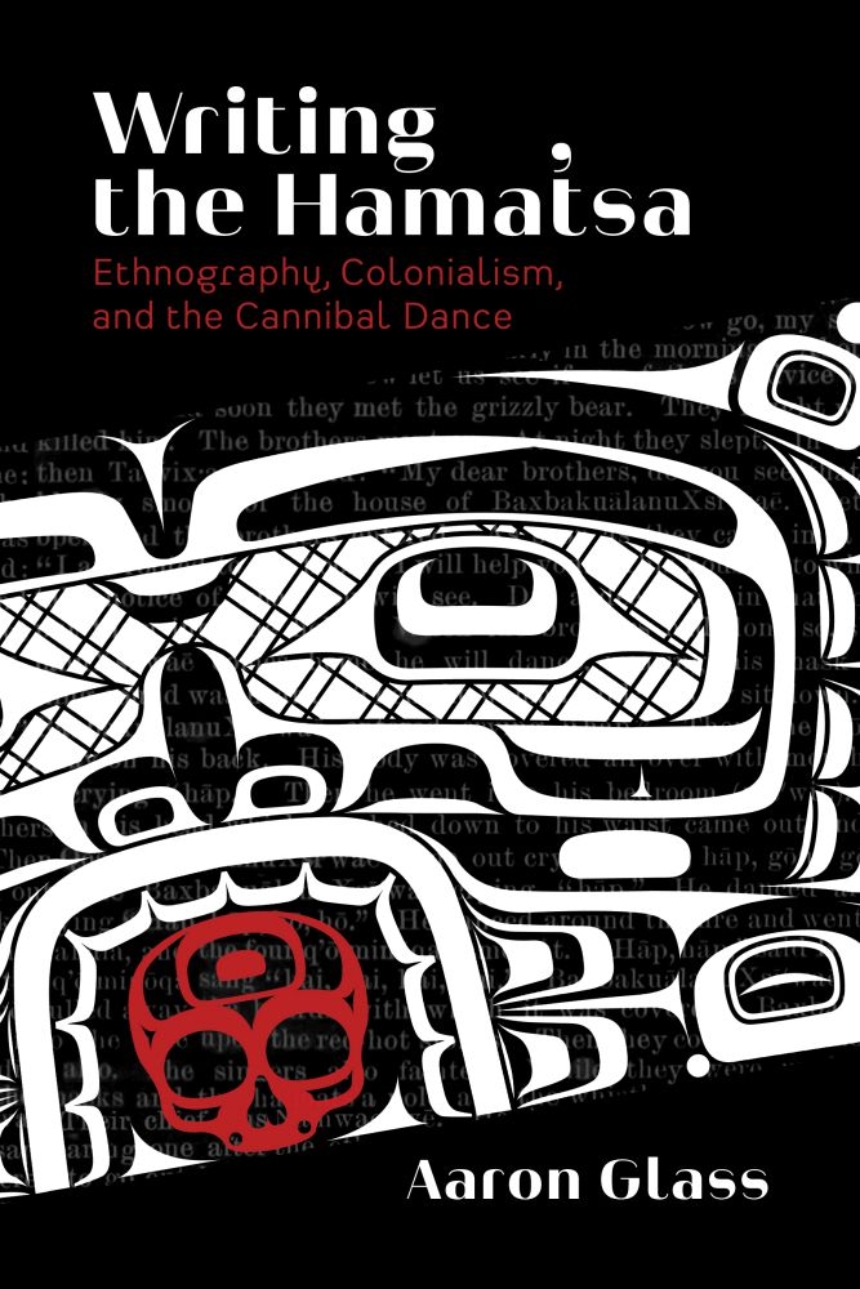 Ethnography, Colonialism, and the Cannibal Dance

Ethnography, Colonialism, and the Cannibal Dance

An exploration of the Hamatsa, a ritual dance of the Kwakwaka’wakw people of British Columbia.

Despite settler attempts to eradicate the Hamat’sa, the “cannibal dance” remains an important prerogative of the Kwakwaka’wakw people. While generations of anthropologists sought to document the ceremony’s past, the Kwakwaka’wakw adapted and preserved its dramatic choreography and magnificent bird masks for the future.

Writing the Hamat’sa offers a critical survey of efforts to record and interpret the ritual over the past four centuries. Drawing on close, contextualized reading of published texts, extensive archival research, and fieldwork, Aaron Glass goes beyond postcolonial critiques that often ignore Indigenous agency to show how the Kwakwaka’wakw have responded to an ethnographic legacy that helped transform specific performances into a broad cultural icon. The result is a fascinating study of how Indigenous peoples both contribute to and repurpose texts to shape modern identities under settler colonialism.

“Aaron Glass explores the multifaceted history of the Hamatša dance from an intercultural, intertextual viewpoint, demonstrating how it has circulated in various contexts for more than a century. This extraordinary work is fundamentally an ethnography of anthropology itself.”

“Writing the Hamatša incorporates probably every single text ever published on what is famously known as the Cannibal Dance. This is one of the best contributions to Northwest Coast anthropology, to the history of anthropology, and to Franz Boas’s rendition of ethnographic data available today.”