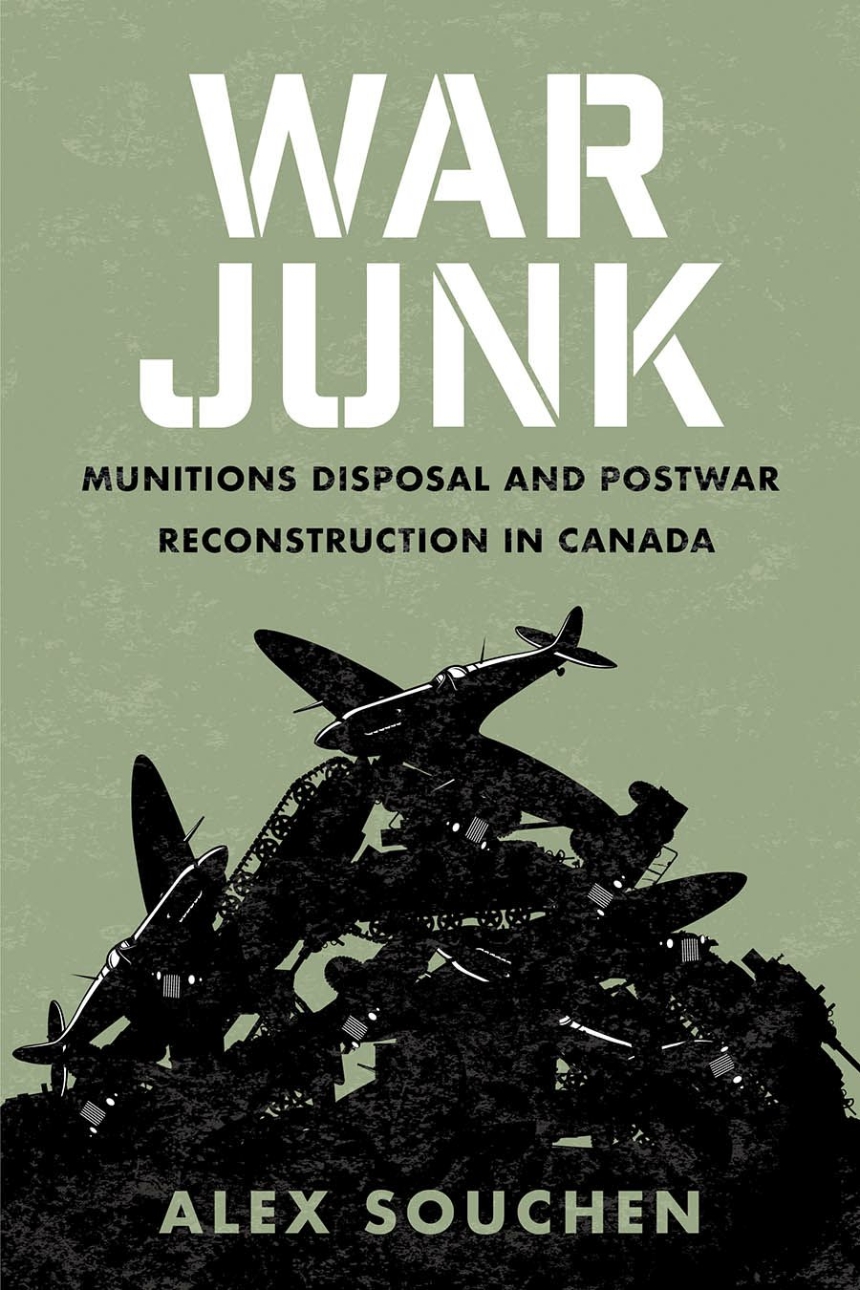 War Junk reveals the complex political, economic, social, and environmental legacies of munitions disposal in Canada. During the Second World War, Canadian factories produced mountains of munitions and supplies, including some 800 ships, 16,000 aircraft, 800,000 vehicles, and over 4.6 billion rounds of ammunition and artillery shells. Although they were crucial to winning the war, these assets turned into peacetime liabilities when hostilities ended in 1945.
Drawing on comprehensive archival research, Alex Souchen provides a definitive account of the disposal crisis triggered by Allied victory and shows how Canadian policymakers implemented a disposal strategy that facilitated postwar reconstruction. Canadians responded to the unprecedented divestment of public property by reusing and recycling military surpluses to improve their postwar lives.
From the fear of deflating markets with surplus assets to the thriftiness of upcycling the remnants of war, Souchen argues that the disposal of munitions and supplies was integral to the making of postwar Canada.