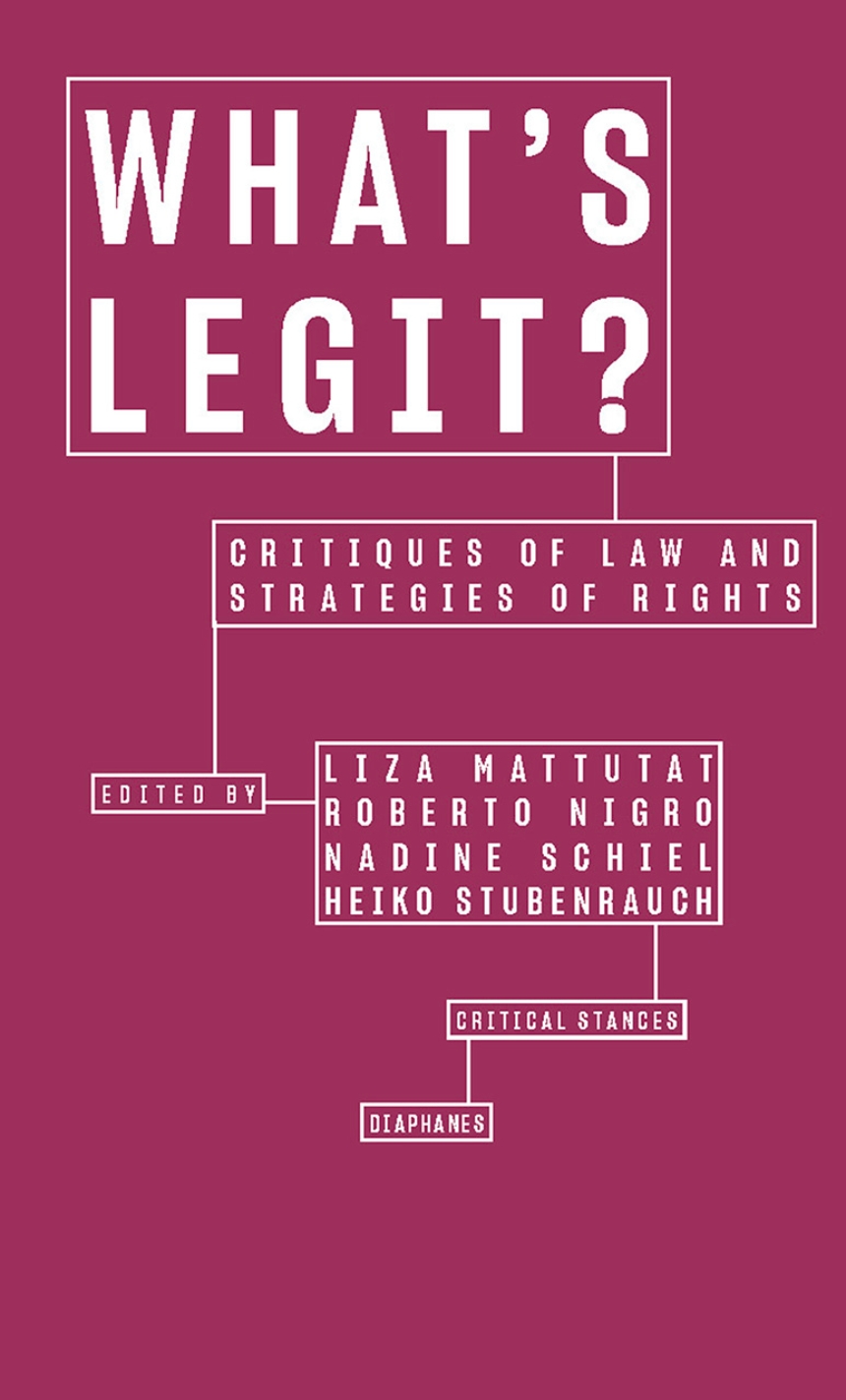 Critiques of Law and Strategies of Rights

Critiques of Law and Strategies of Rights

Once considered a stepchild of social theory, legal criticism has recently received a great deal of attention, perpetuating what has always been an ambivalent relationship. On the one hand, law is praised for being a cultural achievement, on the other, it is criticized for being an instrument of state oppression. Legal criticism’s strategies to deal with this ambivalence differ greatly. While some seek to transcend the institution of law altogether, others advocate a transformation of the form of law or try to employ strategies to change the content of law, deconstruct its basis, or invent rights. By presenting a variety of approaches to legal criticism, What’s Legit? highlights transitions and exhibits irreconcilable differences of these approaches. Ultimately, What’s Legit? broadens debates that are all too often conducted only within the boundaries of separate theoretical currents.