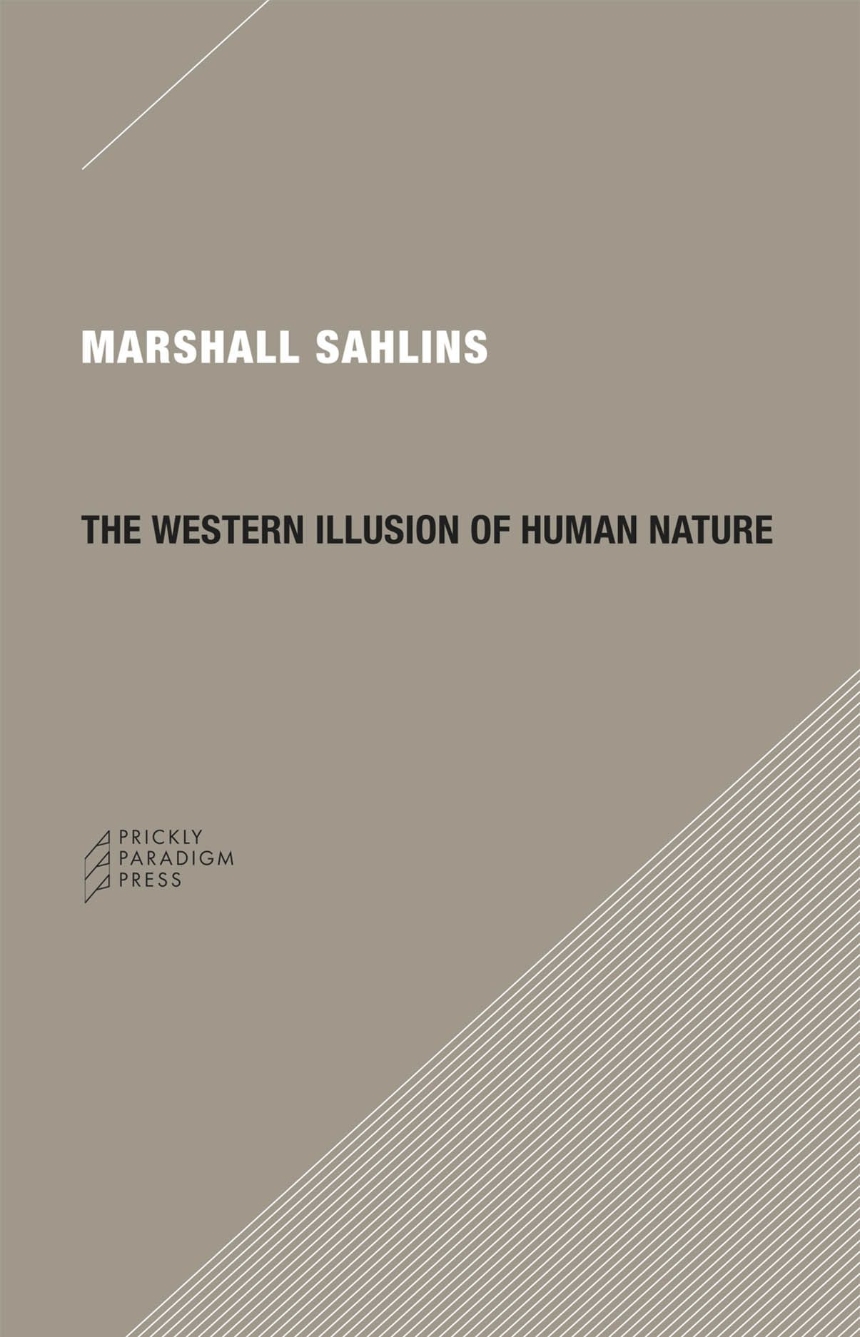 The Western Illusion of Human Nature

With Reflections on the Long History of Hierarchy, Equality and the Sublimation of Anarchy in the West, and Comparative Notes on Other Conceptions of the Human Condition

The Western Illusion of Human Nature

With Reflections on the Long History of Hierarchy, Equality and the Sublimation of Anarchy in the West, and Comparative Notes on Other Conceptions of the Human Condition

Reflecting the decline in college courses on Western Civilization, Marshall Sahlins aims to accelerate the trend by reducing "Western Civ" to about two hours. He cites Nietzsche to the effect that deep issues are like cold baths; one should get into and out of them as quickly as possible. The deep issue here is the ancient Western specter of a presocial and antisocial human nature: a supposedly innate self-interest that is represented in our native folklore as the basis or nemesis of cultural order. Yet these Western notions of nature and culture ignore the one truly universal character of human sociality: namely, symbolically constructed kinship relations. Kinsmen are members of one another: they live each other’s lives and die each other’s deaths. But where the existence of the other is thus incorporated in the being of the self, neither interest, nor agency or even experience is an individual fact, let alone an egoistic disposition. "Sorry, beg your pardon," Sahlins concludes, Western society has been built on a perverse and mistaken idea of human nature.

"In this latest in a series of contentious . . . pamphlets, really, distinguished anthropologist Marshall Sahlins (who is also executive publisher of this series) opposes the Western idea of human nature (at least its Hobbesian branch) as avaricious, pugnacious and destructive, unless severely governed. He cites earlier and non-Western societies in which this view is by no means prevalent. Think, he says, of the many societies in which beasts are considered substantially human rather than humans being substantially beasts."

Hobbes and Adams as Thucydideans

Alternative Concepts of the Human Condition

The Moral Recuperation of Self-Interest

Now is the Whimper of Our Self-Contempt

Culture is the Human Nature