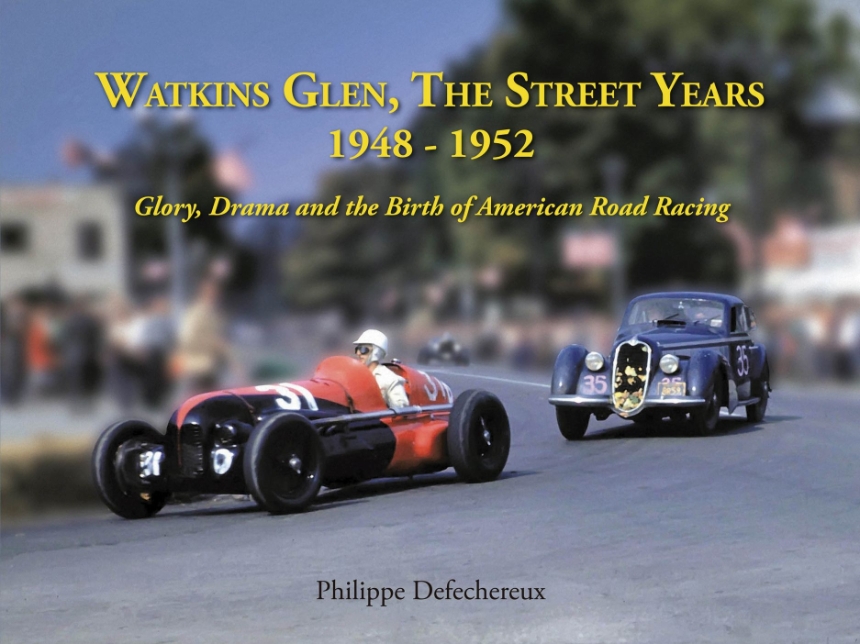 In 1948 Watkins Glen staged the first official American race for sports cars since the Vanderbilt Cup races of the early years of the century. This book is about the transformation of post-World War II racing in America and how road racing became a leading sport in the US, beginning at Watkins Glen and followed by Sebring, Daytona, Laguna Seca and other circuits. These historic first five years are fundamental to road racing in America when the race was staged through the village streets and neighboring countryside until a permanent track was built in 1953. The races introduced famous international marques such as Ferrari, Jaguar, Porsche, Allard, Healey and Cunningham and encouraged a pantheon of great drivers to develop, among them, Briggs Cunningham, John Fitch, Phil Walters, Phil Hill, Jim Kimberly and Walt Hansgen. Later, from 1961 to 1980, Watkins Glen was the site of the Formula 1 United States Grand Prix. Cameron Argetsinger, a lawyer and leader in upstate New York, was the man with the dream and the story of how he made it all happen against enormous odds is told in detail. It includes anecdotes and interviews contributed by many of the early participants, and has exclusive color photographs taken during years when color photography was practically unknown. In 2011, Watkins Glen celebrated the 50th anniversary of its first Formula 1 Grand Prix. Had the early Sports Car Grand Prix of 1948-52 not taken place and quickly become a huge popular success, Watkins Glen would long ago have disappeared in the annals of history. Instead, it remains to this day a challenging race track, with two nationally televised events each year, and it is the home of the world’s first Motor Racing Research Library. Over 300 photographs provide vivid and fascinating illustrations of the men and machines who threaded together every part of this extraordinary story. Full race results and statistics for all entrants in the 13 races run between 1948 and 1952 are also provided in detail. A final chapter shows how many of the race cars from the early years are now highly valued and are prize-winners at concours events.