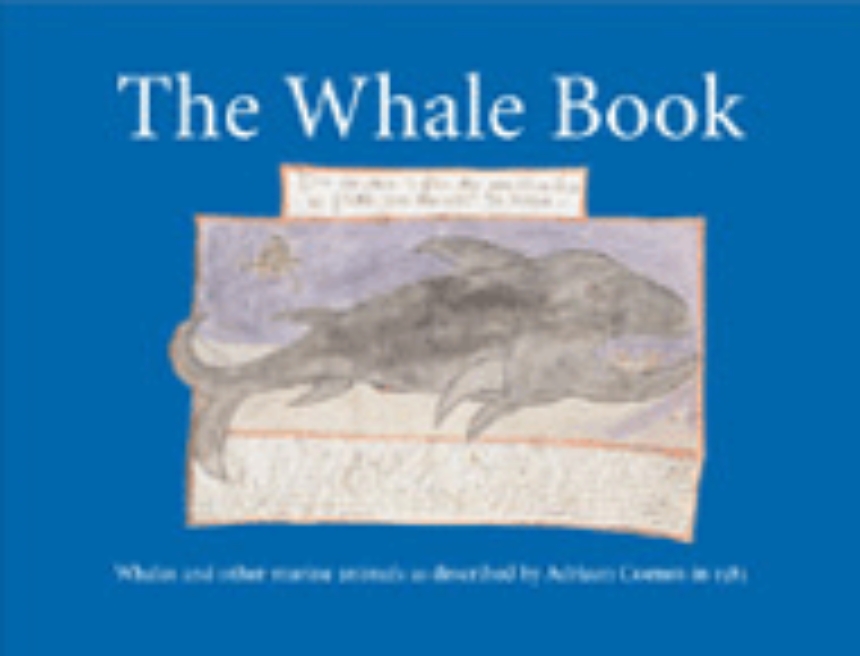 Commentaries by Kees Lancaster
In the late 16th century, Dutch beachcomber Adriaen Coenen scanned the beaches of Holland for interesting marine material and produced several illustrated manuscripts of his findings, covering anything from the commonplace herring to the exotic moonfish. Coenen’s work contains the earliest European pictures of whales, naïve but easily identifiable, which makes it a rare visual and textual source for the natural world of his day.

The Whale Book offers a representative selection of more than 100 pages from Coenen’s manuscripts that deal mainly, though not exclusively, with whales. Coenen’s charming, lively watercolors are reproduced in color alongside translations of his texts, and both are accompanied by modern marine-biological identifications and observations that amplify and explain his work, setting it within the wider context of this period in Northern European history.

The Whale Book will appeal to all those interested in the natural world and the preservation of threatened marine wildlife, as well as those active in the fields of cultural history, art and the natural sciences. In addition, readers will gain unexpected insights into the experiences of an everyday figure caught up in the events of a turbulent period in Dutch history.

"This book is one of the year’s glorious oddities. Based on the writings and watercolors of 16th-century Dutch beachcomber and autodidact Adriaen Coenen, it reproduces, with lively commentary, what are probably the world’s oldest manuscripts on European whales and marine animals."

"Offers unique insights both in to the marine life of the North Sea in the 16th century and into the myths that, in those days, still held water."

"No reviewer can do justice to this eclectic collection."

"Coenen created a rare collection of early zoological observations, accompanied by a wealth of anecdotes, legends and cultural histories. . . . It gives a fascinating insight, not just into the social life of the period but its popular beliefs--from monsters to mermaids."