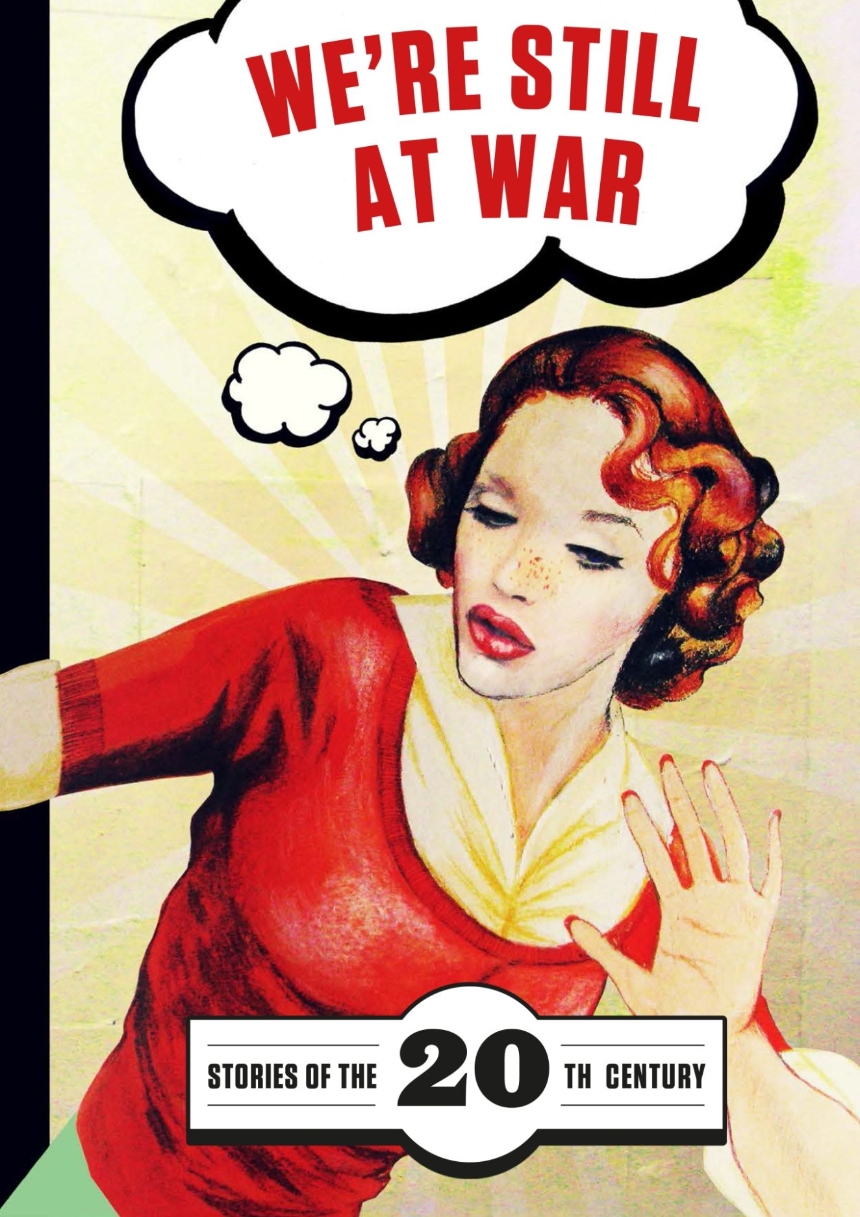 Stories of the 20th Century

Stories of the 20th Century

The Communist regimes of Europe collapsed more than a quarter century ago, and the Third Reich fell in World War II. However, today’s rising global tide of far-right extremism makes totalitarian regimes seem not a memory, but a possibility. In such a time, fear seems to trump hope. For any of us facing a world we no longer seem to recognize, the graphic novel We’re Still at War is a powerful reminder not just of where these sweeping forces can lead, but also of the human forces that can combat them.

Published in partnership with Post Bellum, a nonprofit organization devoted to documenting and sharing eyewitness accounts of the key events of twentieth-century Czech history, this book tells the stories of real people and their struggles under totalitarianism in Czechoslovakia. Bringing together thirteen of the top Czech and Slovak artists with thirteen victims and survivors of Nazi and Communist totalitarian regimes, We’re Still at War uses comics to open our recent, troubled past to a contemporary world. The narratives are as diverse and surprising as humanity itself, depicting victories and defeats, acts of weakness and heroism. The connecting thread, however, is clear: while the threat is real, it is more important than ever to remember the power of even the smallest moments of altruism and human kindness.

Subjected to the destructive power of totalitarianism, the heroes of these stories sacrificed everything to help others. For younger generations who have no memory of European totalitarianism and for those who witnessed it on either side of the Iron Curtain, for twentieth-century history buffs, and for comic book fans, especially admirers of Art Spiegelman’s Maus, We’re Still at War is a beautiful and enthralling testament to human endurance.

"In this unusual and successful volume of witness narratives, they’ve demonstrated that the graphic documentary is not only alive but thriving. . . . The quality of the art can be remarkably beautiful. . . . We’re Still at War vivifies the pain and suffering of these Czech witnesses, from the Second World War through the long Communist era, and provides the reader with historical and emotional insights."

"The essential nature of testimony is that it comes with a price. . . . The importance of a text like this in a time like ours cannot be understated. We know that the Communist regimes of Europe collapsed nearly thirty years ago, and that the Third Reich dissolved at the end of World War II. The rise of right-wing extremists and white nationalists in those days through now is, sadly, nothing new. . . . This is a collection that deserves a visible place in the growing bookcase of graphic narratives that testify to the precarious balance between human atrocities and admirable perseverance."

“Foreign students, for whom Nazism and Communism might seem like something from a distant galaxy, can see that these despotic systems not long ago dominated large parts of Europe, causing immense misery and hardship. By basing the comic book on individuals’ personal stories, the compilers help students understand the wrenching dilemmas and choices that ordinary people had to face so often when living under Nazism and Communism.”

“In the tradition of Art Spiegelman’s Maus, We’re Still at War claims the comic strip for historical testimony. Thirteen victims bear witness to totalitarianism, their stories rendered in discrete frames that accumulate to chilling consequence. Taken together, they admit liberation to be a longed for, if necessarily unfinished, project.”

“We’re Still at War vividly captures the often harrowing, but always riveting lives, of thirteen unlucky Czechs who lived during the Nazi and Communist domination of their homeland. The book’s thirteen graphic artists employ a fascinating array of aesthetic approaches to recreate an impressively broad range of personal stories, from those who struggled against repression to those who contributed to it. An excellent text for a vigorous discussion of an era when individuals faced no good choices, but some remained true to their ideals despite the dreadful costs to themselves and their loved ones.”

“Any young reader who comes across this vivid glimpse into the insanity and cruelty of the Nazis and Communists will be grateful they were born in another age.”

Paul Dowswell, author of the award-winning novels "The Auslander" and "Sektion 20"

“The first Czech documentary comic has fulfilled its task—to illuminate recent history for a broader audience, especially the younger generation.”

“Under totalitarian regimes comics served as propaganda or were completely divorced from social and cultural reality; these comics show that today the form can be used with powerful effect to tackle the most serious of issues.”

“For schools this is recommended reading at its very best. I should also point out, especially for ravenous readers like myself—it is IMPOSSIBLE to put down.”

“This document, We’re Still at War, captures reality to such a degree that teachers should seriously consider adding it to the curriculum.”