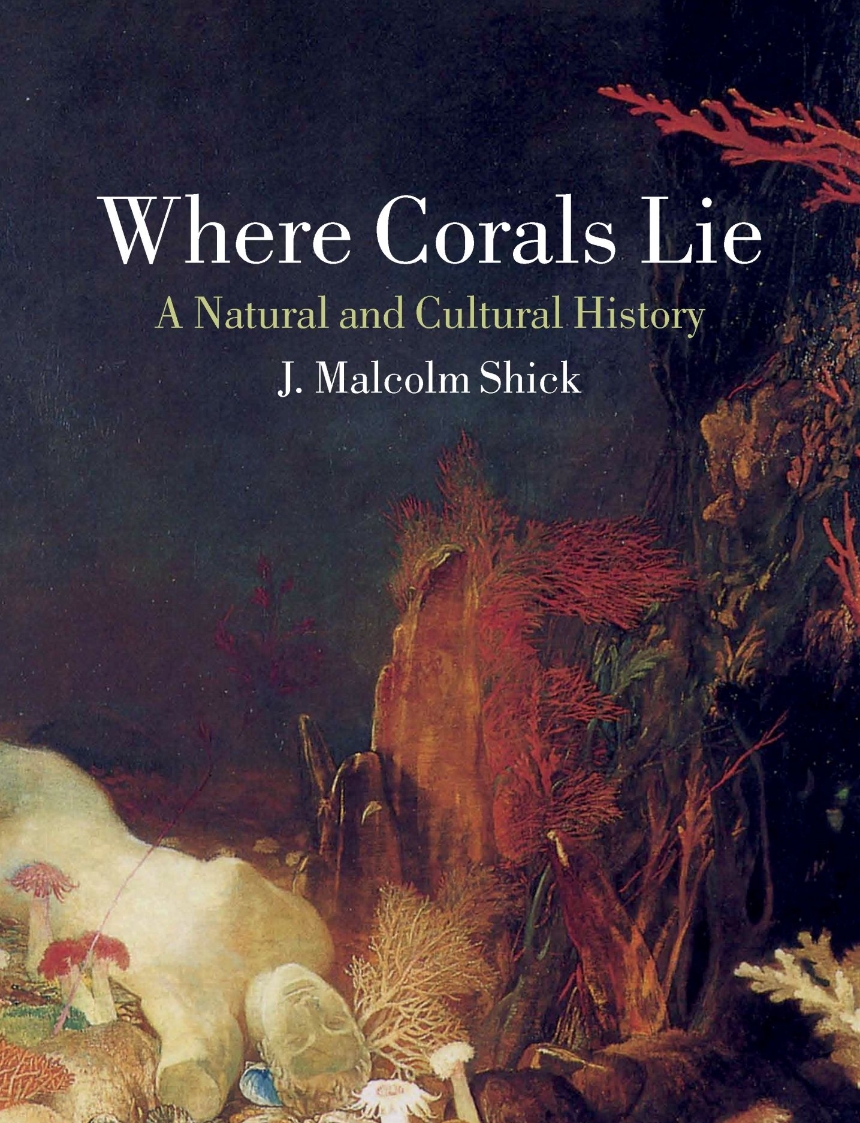 A Natural and Cultural History

A Natural and Cultural History

For millennia, corals were a marine enigma, organisms that confounded scientific classification and occupied a space between the animal and plant kingdoms. Our cultural relationships with coral have been similarly ambiguous. The danger posed by unseen underwater reefs led to an association of coral with death and interment that has figured in literature, poetry, music, and film, while the bright redness of precious Mediterranean coral was associated in European and Indian mythology with its origins in blood and gore. And yet, coral skeletons have long been prized as jewelry and ornament, featuring prominently in Renaissance cabinets of curiosities. Opening the door onto these most peculiar of animals, this unique book treats the many manifestations of coral across biology, geology, and culture.

Today, the tide of danger flows in reverse. Seen as rainforests of the sea, coral reefs have become emblematic of the fragility of marine biodiversity, their declining health a warning sign of the human-driven climate change that has produced warming seas, ocean acidification, and rising sea levels. Looking at corals as builders of islands and protectors of coastlines, as building materials themselves, as well as at the myriad ways in which diverse corals have come to figure in art, medicine, folklore, geopolitics, and international trade, Where Corals Lie reveals how the threatening has become threatened—and of the danger this poses to humans. Exceptionally embellished with a wide range of biological illustrations, underwater photography, and fine art, Where Corals Lie is a beautiful and informative resource for anyone interested in ocean environments and the cultures that flourish or fail there.

"Shick's compendium of coral lore is both an encyclopedic work of scholarship and an accessible reference for general readers. True to its title, it shows where corals lie, not only in the web of life and the geology of our planet, but also in commerce, politics, literature, and art. . . . High-quality reproductions of decorative and illustrative art on almost every page evoke the visual fascination of the coral multiverse with expressive color and clarity."

"This book is a tour de force of assiduous scholarship, unique in its approach, enthralling in its coverage, and stimulating to the imagination. Too many recently published historico-biological books employ an overwhelming mass of colored illustrations as makeweight—here, however, the beautiful illustrations are absolutely necessary, and are both informative and a delight to behold. . . . The whole production is very reasonably, indeed cheaply, priced and is a most desirable addition to the library of any historically and artistically-minded naturalist."

"This is a truly delightful, lavishly illustrated, and unusual book, that most seasoned members will be eager to possess and many younger researchers keen to read. For many it will make the perfect Christmas gift!"

"The publisher, Reaktion Books, is well-known for its many interdisciplinary surveys that deal with the cultural history of animals, plants, objects, and seemingly unimportant things. Without doubt, the present work is a finely-made and well-balanced representative of its class. . . . It is a very encouraging monograph: It provides fresh suggestions and opens many doors to different subjects and areas of interest. . . . This is a book that historians working in the field of maritime history may enjoy reading on account of its clear composition and density of information."

“Spectacularly illustrated, beautifully written, and compellingly original, Where Corals Lie takes us from bizarre notions of antiquity to today’s environmental crises in a triumphant amalgam of art and science.”

“Coral bleaching is one of the fastest and most significant consequences of global warming. Where Corals Lie stands out by giving cultural and spiritual significance to this environmental disaster. Shick masterfully brings forward the symbolical and intellectual value of corals and leads us to the crucial question: are we really willing to lose such a treasure?”

“As a biologist familiar with corals, I found this book’s concept extremely appealing and intriguing. Its all-embracing scope combined with the author’s wonderful curiosity and diligent scholarship have together resulted in a remarkable collection of richly illustrated accounts and stories. I know of no other book like it.”

“Where Corals Lie takes the reader on a widely ranging and richly illustrated tour of corals, not just their biology and currently threatened state, but also how their history interweaves with ours. It is beautifully written and deeply informed on an astonishing range of topics—a book where science shares the table with figures as diverse as Ovid and Obama.”