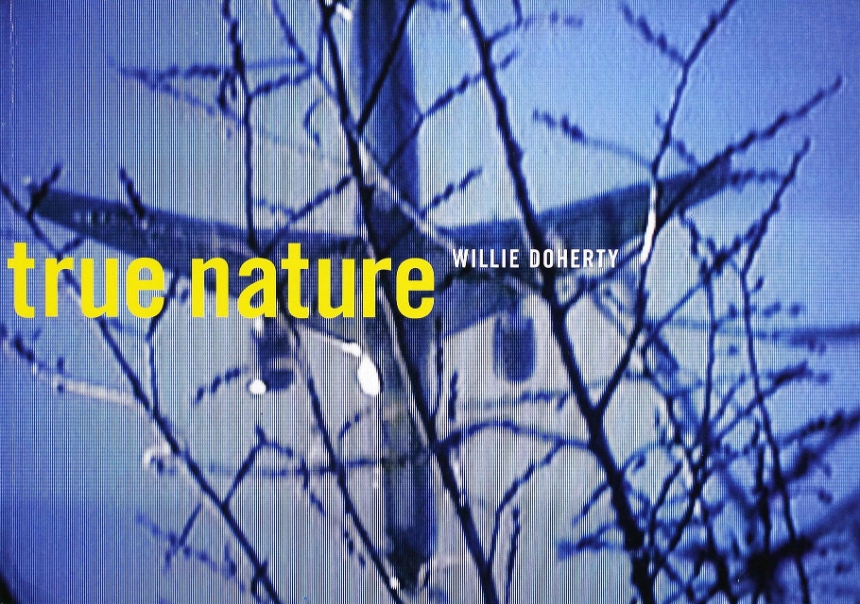 "Willie Doherty's concern as an artist has never been to establish historical truth, but rather has always had more to do with who gets to make it up--and why, and how."

When asked to produce a work for The Society, Irish artist Willie Doherty began with several trips to interview Chicagoans of Irish descent who had never visited Ireland. These accounts form the narrative basis for True Nature. Juxtaposing them with video footage shot in both Ireland and Chicago, Doherty revealed the degree to which Ireland is perpetually mythologized. The longing for homeland, as articulated in Doherty's romantic landscape imagery, has become all the more pronounced against a backdrop of globalization. The catalogue includes photographs of the Renaissance Society installation, a transcript of the audio component, and an essay by Caoimhín Mac Giolla Leíth, of University College Dublin, who contextualizes the disunited subjects inhabiting Doherty's work within both the specific sociopolitical realities of contemporary Ireland and the wider perspective of post-colonialism.