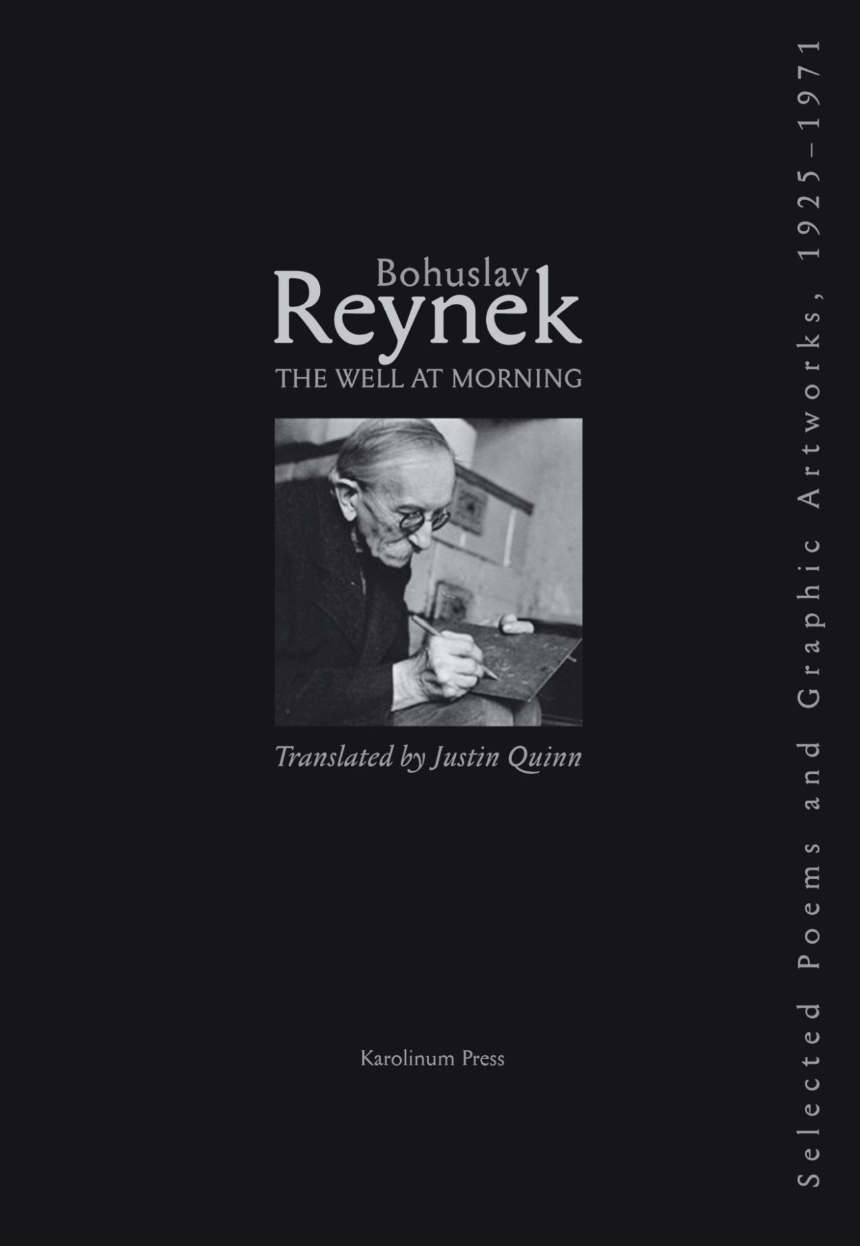 The Well at Morning

The Well at Morning

A chaffinch in a tree
of cherry sings merrily
spring’s introit.

Its blazing bobble dwells
in leaves, alive, and swells
in scarlet.

The flowers are flares of white.
The chaffinch has gone quiet
and turned sky-gazer.

My eyes close on the day:
an orb revolves in grey
and red and azure.

Poet and artist Bohuslav Reynek spent most of his life in the relative obscurity of the Czech-Moravian Highlands; although he suffered at the hands of the Communist regime, he cannot be numbered among the dissident poets of Eastern Europe who won acclaim for their political poetry in the second half of the twentieth century. Rather, Reynek belongs to an older pastoral-devotional tradition—a kindred spirit to the likes of English-language poets Gerard Manley Hopkins, William Wordsworth, Robert Frost, and Edward Thomas. The Well at Morning presents a selection of poems from across his life and is illustrated with twenty-five of his own color etchings. Also featuring three essays by leading scholars that place Reynek’s life and work alongside those of his better-known peers, this book presents a noted Czech artist to the wider world, reshaping and amplifying our understanding of modern European poetry.

“Reynek’s career as a poet, translator, and artist spanned and transcended the most horrific political turmoil in modern European history. Now his poetry and art are celebrated in a handsome volume. . . . [Quinn’s] lyrical renderings delicately dismantle many preconceptions of how a Central European poet ought to sound. . . . Beautiful and revelatory. . . . Quinn’s rendering of Reynek’s poems appears effortless, but it has in fact been a labor of love for many years. The result feels more like transubstantiation than translation.”

"This most recent addition to the Modern Czech Classics series offers a selection of poems and prints by Reynek—who worked as an author, translator, and graphic artist—that spans five decades, from the early 1920s through early 1970s. . . . Reynek took the pastoral as his great theme, and Quinn’s deft translations alluringly echo the environmental emphasis of some of his own poems. . . .  A unique and welcome addition from a publisher that has done much to bring the works of Czech authors to a wider readership through its thoughtful and attractive editions. "

"From Karolinum Press’s Modern Czech Classics series comes a compilation of Reynek’s art and poetry that will introduce a new audience to the influential Czech author."

“Goats, spiders, infernal roosters; a reddening sun, emerging florets; hayricks, byres, windows, rakes; Advent, Christmas; Job and Esau; the drama of sacrifice—these are poems attentive to, sprung from, a creaturely world subtended by a metaphysical presence. In Reynek the reader of English encounters a twentieth-century Czech poet both profoundly Catholic and utterly, subtly modern. Translator Quinn has brought Reynek—himself an estimable translator of Rimbaud, Francis Jammes, Valéry—into an English aligned with the caretaking apparent directness of Frost, of Edward Thomas; other readers may hear here something of an Englished Georg Trakl.  . . . . There is a simplicity here as if of old ballads, folk songs—as if: this is the simplicity of the profoundly pondered, distilled, parsed, and pared. . . . In these selected poems we encounter an informed attentiveness, a sensibility alert to the signs and parables which the ordinary endlessly affords. . . . It is timely for Reynek to have made his track into English. His work asks for, and rewards, a deep listening.”