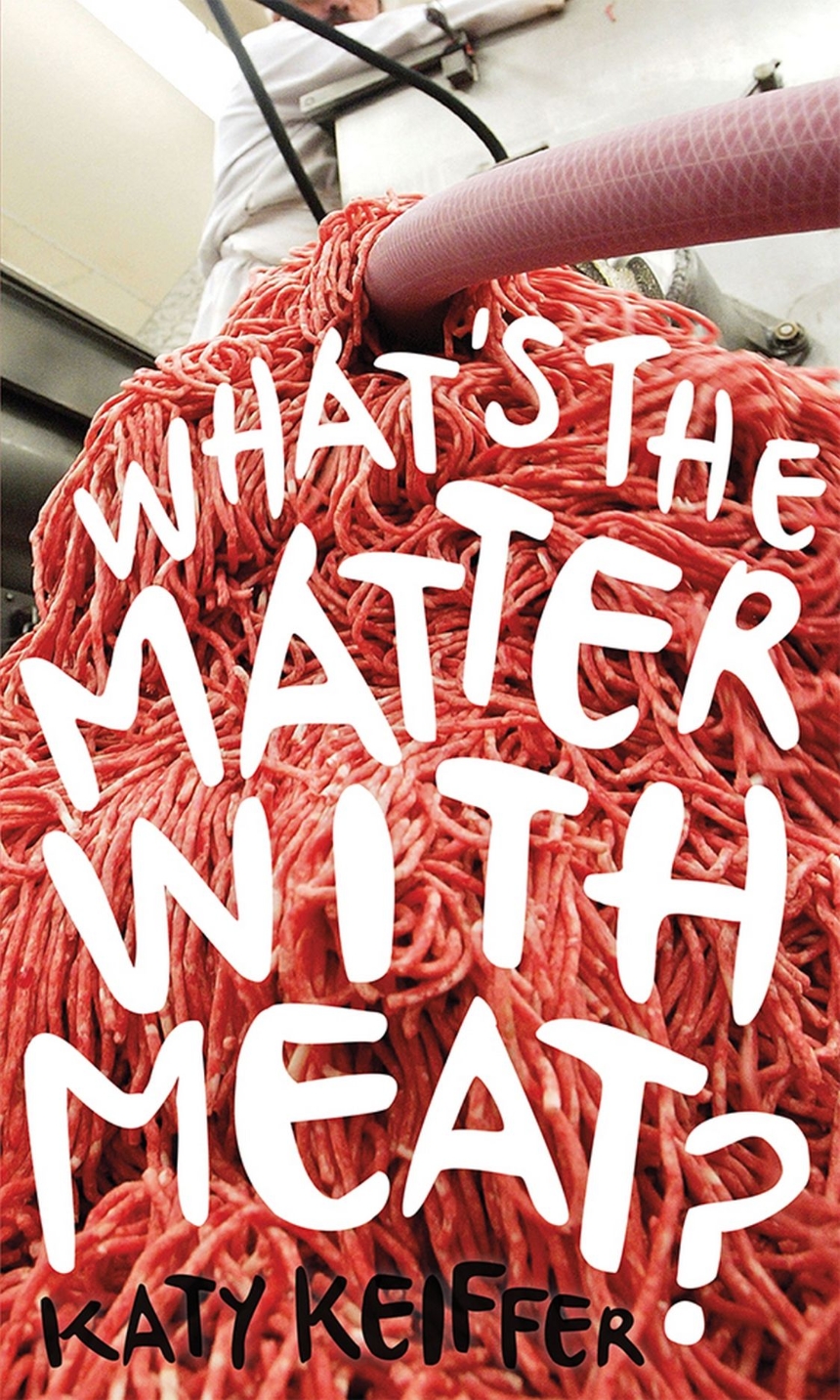 What’s the Matter with Meat?

What’s the Matter with Meat?

It’s been 111 years since the publication of The Jungle, Upton Sinclair’s groundbreaking book on the cattle industry. Though improvements in animal welfare have been made since then, the industry has evolved to include issues Sinclair could never have foreseen. In What’s the Matter with Meat, Katy Keiffer leads readers though a crash course on how this powerful multinational business has been able to generate such a bountiful supply of absurdly cheap animal proteins.

What’s the Matter with Meat? explores  everything from labor issues to genetic manipulation to animal welfare to environmental degradation, illustrating just how the industrial model for meat production conjures up huge quantities of cheap meat even as it shifts  many of the real costs onto the taxpayer. She describes practices few of us know about, such as land grabs in which predator companies acquire property in foreign countries for meat production, often driving out local farmers. She shows how industry consolidation entrenches cost-effective but harmful practices, creating monopolies that force competitors out of business, drive down labor costs, erode workers’ rights, and exert extraordinary power over nearby communities.

Keiffer demonstrates with irrefutable force that the current model for meat production—adopted worldwide—is simply not sustainable and will soon exhaust the planet’s resources. A hard-hitting critique of the meat industry and its harmful effects, this book shows us just how important it is to care about where our food comes from, to support alternative production systems, and to stop those practices that are ruining our planet in the service of the burger and the nugget.

"By writing this book, Keiffer didn’t intend to stop us from eating meat. Instead, her wish was that we become more aware of the hidden costs of industrial-scale meat production, dominated now by just a handful of multinational corporations. Her well-documented study covers developments in the United States, Asia and Southeast-Asia, Europe, the United Kingdom, and Australia. . . . Keiffer tackles a range of topics including the business of genetics, animal diseases, environmental degradation, and labor conditions."

"Over the course of her well-researched and thoughtfully reasoned book, Keiffer outlines some of the major hidden costs associated with the production of modern, industrial meat, including environmental degradation, animal welfare issues, and labor abuses. While one might imagine from the title that Keiffer’s intention is to lay out a vegan critique, she is quick to argue that meat is an efficient and nutritious source of calories that is pleasurable to consume. . . . Keiffer does an admirable job of synthesizing issues ranging from animal welfare abuses to international land grabs. . . . [The book] reads as a measured assessment of the current issues with industrialized meat production."

“Keiffer has produced a thorough and well researched analysis of everything that’s wrong with industrial meat production. This book is for everyone who cares about how meat-eating affects our planet.”

Marion Nestle, author of "What to Eat"